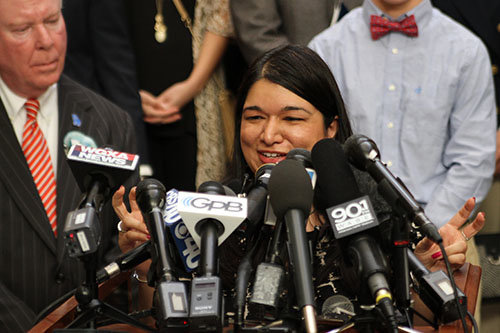 ATLANTA – Ruth Malhotra was a part of the press conference sponsored by the Georgia Baptist Mission Board’s Public Affairs Ministry at the Georgia State Capitol on Tuesday, Feb. 2. Malhotra is a … 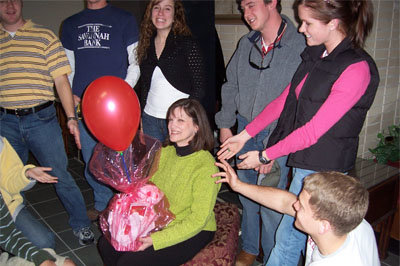 Students from the Georgia Southern University BCM deliver a Singing Valentine to Lynn Reaves, a member of First Baptist Church in Statesboro. GSU BCM/Special STATESBORO — For more than two decades, …

The Super Bowl: Does God care who wins? 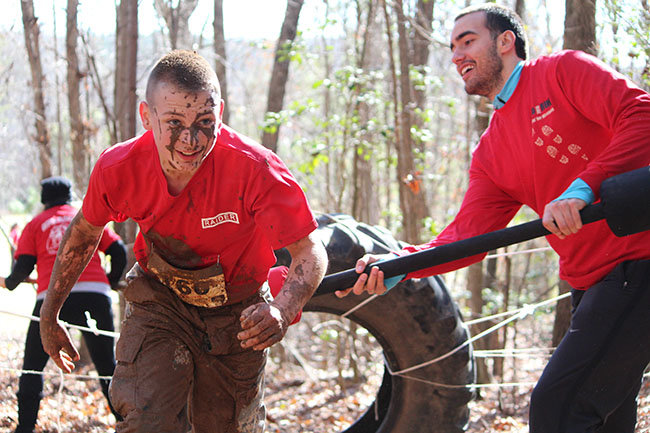 Georgia College BCM prepares to get down and dirty for missions 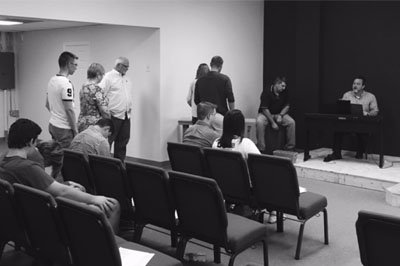 D3 Church's core group participates in the Lord's Supper during their first gathering in newly rented space where an adult video store had been the previous tenant. JOHN THOMAS/Special By Nicole … 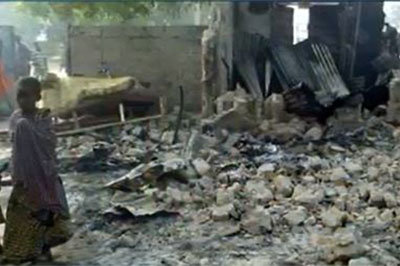 A young boy walks amid the ruins of Dalori village after Boko Haram killed at least 86 there in a Jan. 30 raid, burning children alive. Screen capture of CNN report. By Diana Chandler, Baptist Press … 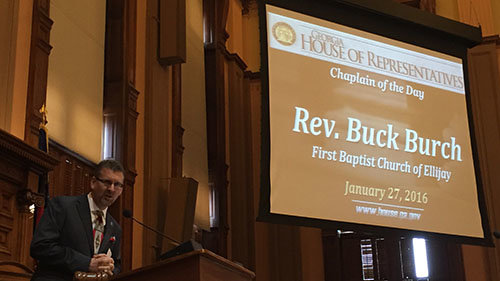 Buck Burch, of Cooperative Giving and Stewardship Development for the Georgia Baptist Mission Board, addresses the Georgia House on Wednesday, Jan. 27. JOE WESTBURY/Indeex ATLANTA — Members of …