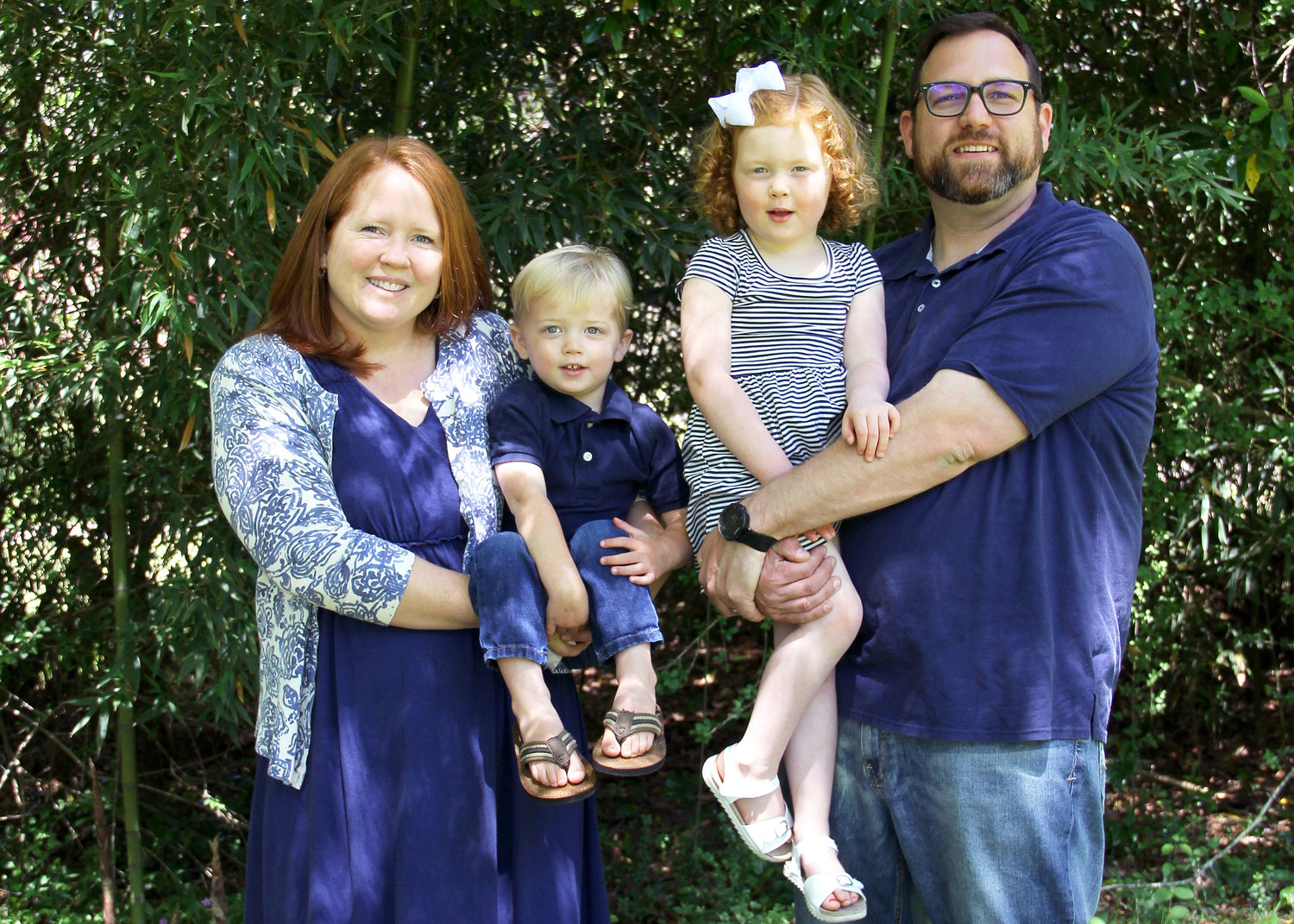 John Blackmon, his wife Cheryl, and their two children, Lillie Jo and Josiah, are preparing to move to Thailand for their next ministry assignment.

MEANSVILLE, Ga. – A U-Haul won’t cut it for John Blackmon’s next ministry move.

The longtime Georgia pastor and his family are heading to Bangkok, Thailand at the end of July, a 9,000-mile trip, to join the staff of Calvary International Baptist Church.

That Blackmon, his wife, Cheryl, and their two toddlers will soon be leaving the U.S. is in response to a divine calling that became clear to them in recent years.

“We’re sure this is what God wants us to do,” Blackmon said. “We have no doubt this is where He wants us right now.”

Others who have worked closely with them in ministry are just as convinced.

“When my wife and I met John and Cheryl about 10 years ago, my wife turned to me and said, ‘We need to love them while we have them, because God has big plans for them,’” said Steve Laughman, associational missionary in Georgia’s Centennial Baptist Association. “The only thing about their calling to international missions that surprised me was that we got to keep them as long as we did. They both have such a heart for the nations, and God has gifted them both with tremendous skills.”

The Centennial Baptist Association has pledged prayer and financial support for the Blackmons in their ministry.

Laughman said the Blackmons share a spirit of cooperation that’s much needed in Baptist life.

“They will face cultural challenges, but I expect them to embrace those challenges as part of the calling,” he said. “I know without question that the people they will be serving will love them and their children.”

The Blackmons' move is based in faith. They’re relying on God and His people to provide most of the financing the family will need in Thailand.

“We’ll be raising around two-thirds of our support,” Blackmon said. “It’s amazing to see how the Lord is already providing for that.”

Calvary International, a member of the Hawaii Pacific Baptist Convention, was established in the 1950s by Southern Baptist missionaries and, for most of its existence, had operated under the auspices of the International Mission Board.

“The short story is that I have a friend who is an IMB missionary who knew of this established international church that was looking for an associate pastor to come alongside the pastor,” Blackmon said. “Prayerfully, we allowed our name to go forward.”

Blackmon and his wife, Cheryl, are busy raising funds and preparing to move a half a world away with their two children, Lillie Jo, 3, and Josiah, 2.

The  move means leaving the Bible Belt where Christianity is dominant and going to a part of the world where most people are unfamiliar with the gospel.

Blackmon and his wife, who had spent the past 10 years ministering at Meansville Baptist Church, came to realize over time that the Lord was calling them to Bangkok.  But he freely acknowledges that moving away from family and friends and the familiarity of life as Bible Belt pastor isn’t easy.

He describes a bittersweetness in the move. The thought of being so far away from people they love brings sadness, but obeying God’s call to a faraway land gives them joy and excitement.

“There’s as much excitement as there is trepidation,” he said.

Mrs. Blackmon said the move meant parting with most of their material blessings.

“We sold a few large items and will plan on selling our vehicles,” she said. “We gave away much of our furniture, appliances, and decor to family and friends. We took loads of donatable items to local ministries and even placed items by the roadside for any person needing or wanting them. We will only be taking to Bangkok what will fit in the bags we are allowed to check or carry on to the plane.”

Mrs. Blackmon said the family’s downsizing has been done through much prayer.

“It has been a process of trusting God's promises to us,” she said. “While it has been emotional at different junctures in the process, God has been what He has always been – faithful.”

Blackmon said aspects of downsizing have been emotional and painful.

“That said, in some ways we have learned joy in the process,” he said. “Many pastors will identify with the attachment we have to our libraries. I will only be able to initially take a few volumes with me. Jesus said that we are not to store up where moth and rust destroy. I thought I took this to heart until I realized what I would be dealing with in the way of books. That said, one day after heart-wrenching prayer it occurred to me that even these are simply tools, and they are at their best when used, so I was able to distribute a large portion of my library to friends and men preparing for ministry. In that, I was able to give away treasures joyfully.”

Laughman said the Centennial Baptist Association feels fortunate to have served with the Blackmons for 10 years.

“We know their heart and fully support what they are doing,” Laughman said. “If anyone is considering joining us in supporting them, we would first ask for prayer. That is their greatest need. If you are able to support them financially, rest assured your investment in the Kingdom will be worth it.”

To learn more about Calvary International Church, email the Blackmons at bangkokblackmons@gmail.com.