Georgia Religious Freedom Being 'Held in the Balance' 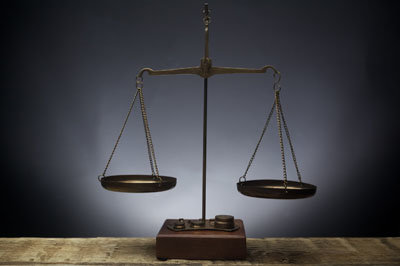 On March 4th, 2016, a letter was published online in The Christian Index titled, Georgia Religious Freedom Being ‘Held in The Balance’. In this article, the author Mike Griffin referenced events in German history that were taken out of context. The section of the letter being referenced states: “But the church, as a whole, is too quiet on these matters. We are simply allowing opportunities to get away from us. This is why I am asking for your help! We must not let the government do to us what Hitler did to the pastors and churches of his day. He got them to accept his protection from government action if they would agree to stay out of government. He basically said, you take care of the church and leave government to me. Pastors, this is happening before our eyes today!”

This is in direct reference to Martin Niemöller’s, popular poem written in 1946, “First they came…” and his description of what occurred in Germany leading up to World War II. Pastors and the church did not stand up to the government to combat the rising discrimination against Christians, Jews, and other groups. In Niemöller’s example, the church did not stand up for its faith and speak up for members and the public. It is interesting to note that Niemöller was accused of “abusing the pulpit”, crimes against the State, ordered to pay a fine, and imprisoned for speaking out. In 2006, Rev. Mark Creech wrote the article “Who Shall Care for the Nation’s Soul?” in the Christian Post, using similar reference to Niemöller’s story.

On Thursday morning March 10th, nearly a week after posting, Mike Griffin was criticized from the Well of the House regarding his letter to Pastors. The inference of those remarks made by representatives was that Mike Griffin was speaking to, or about, the representatives themselves. In context, Mike’s audience was Georgia Baptist Pastors and leaders, in order to challenge the church not to be silent about spiritual convictions and to speak out in order to avoid the repeating of history. It is impossible to understand the content of the article, unless one understands that it was not directed at the general assembly, but a call to action for Pastors based on church history.

We sincerely regret any misunderstanding of the intent of this article or its historical context. We should all rightly be held accountable for what we say, but not for what we do not say.

As I write, the 30th day (“Crossover”) has now come and passed under the gold dome. The most significant piece of legislation so far has been the Pastor Protection Act  (HB 757) that passed out of the Senate with an amendment that will protect individuals (ex. counselors), churches, private schools, private colleges, adoption agencies, nonprofit organizations, and businesses from adverse government action because of their beliefs on marriage. This bill, having already passed from the House without this amendment, now has to be voted on again with the Senate’s amendment.

Here is where the problem lies. If the House does not agree with the changes made in the new language, the bill goes to a conference committee where it can be changed. If that happens we will not know what the bill will have in it until the vote is taken on both sides of the chambers.

As Georgia Baptists, we have been asking the House to leave the bill as it is. We want broad-based protection for all Georgians, not just the pastor and the church buildings. The LGBT activists, the Chamber of Commerce, and media are promoting only pastors, churches, and faith-based nonprofits. They overwhelmingly asked the legislature and the governor to not protect the business community from public accommodation laws, which will force these businesses to promote, support, and participate in same-sex marriage ceremonies.

You have all heard about the bakers, the florists, and photographers being made to comply with government laws, facing fines and being driven completely out of business. Do we want that here in Georgia? I am writing to tell you: it is coming. There is a public accommodation law that has already been passed by the House Judiciary Committee that has included the word “sex” in relation to public accommodation.

News flash: “sex” in our day is not defined as sex was years ago. This is the first step toward forcing businesses to conform to the LGBT agenda or get out of business. Pastors, this will have an impact on your churches! These businesses are owned and operated by the people who give and supply the resources to allow our churches to fulfill the Great Commission.

The opposition forces I face at the Capitol are passionate and aggressive in letting their voices be heard above everyone else’s. But the church, as a whole, is too quiet on these matters. We are simply allowing opportunities to get away from us. This is why I am asking for your help! We must not let the government do to us what Hitler did to the pastors and churches of his day. He got them to accept his protection from government action if they would agree to stay out of government. He basically said, you take care of the church and leave government to me. Pastors, this is happening before our eyes today!

I know that all of us are busy and overwhelmed with information. But if we don’t respond to this challenge today, we will look back and see when we lost an opportunity to defend our 1st amendment rights. Our 1st amendment rights include the free exercise of religion, and that includes preaching and living out the gospel in everyday life. And, we must also remember the persecution our children will be facing. Please heed this warning: We will be made to care, if we don’t right now.

So please be looking for my next alert. Thank you all for what you are doing.