A desperate time for an essential service 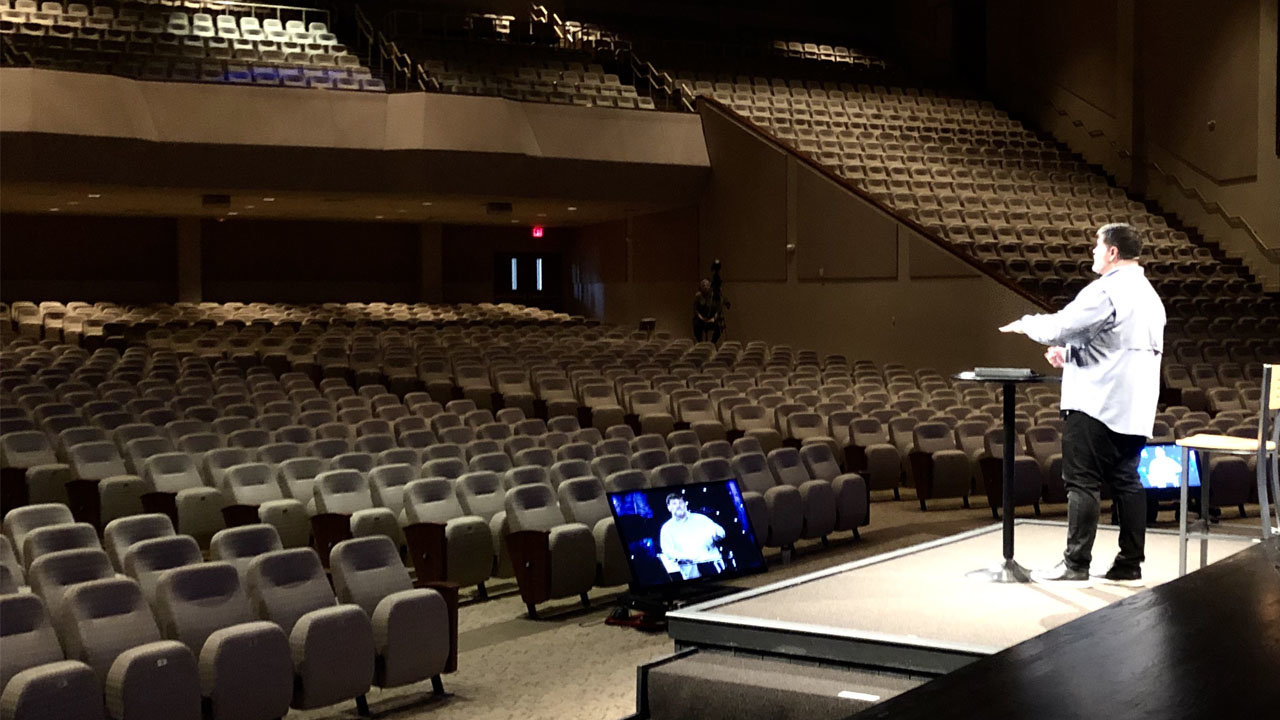 NOTE: An earlier version mistakenly stated that .004 percent of COVID-19 cases were tied to churches per the New York Times article. The corrected figure is .4 percent. The Index regrets the error.

"We are the most essential force in all the world."

Pastor John MacArthur made that point 23 minutes into his sermon Sunday. MacArthur and Grace Community Church in Los Angeles had voiced their opposition to California regulations limiting gatherings in a number of places, including churches. Grace Community, a non-denominational church, issued a statement in response that said civic leaders had "exceeded their legitimate jurisdiction, and faithfulness to Christ prohibits us from observing the restrictions they want to impose on our corporate worship services."

MacArthur's sermon came days after the Supreme Court refused to hear a Nevada church's case against the state's limit on attendees. The 5-4 decision, with Chief Justice John Roberts joining the liberal-leaning side of the Court, kept in place a 50-person cap for houses of worship. Calvary Chapel Dayton Valley said the order was an infringement on its First Amendment rights. In its argument, the church pointed to higher caps at restaurants and casinos holding to 50 percent capacity. However, its own 90-person congregation could not meet even if using social distancing.

"This case denied by the justices tonight is an example of disparate treatment and a violation of the religious liberty of millions of Nevadans," said a position statement issued by the Southern Baptist Ethics & Religious Liberty Commission.

The four dissenting judges issued scathing rebuttals on the case. Justice Neil Gorsuch said, "In Nevada, it seems, it is better to be in entertainment than religion. Maybe that is nothing new. But the First Amendment prohibits such obvious discrimination against the exercise of religion. The world we inhabit today, with a pandemic upon us, poses unusual challenges. But there is no world in which the Constitution permits Nevada to favor Caesars Palace over Calvary Chapel.”

No such cases have occurred in Georgia. In fact, despite it being erroneously reported at times, Governor Brian Kemp has at no time ordered churches to close. Like many governors, he's urged caution in regathering. He's recommended that attendees wear masks and to maintain social distance.

But the cases in Nevada and California point to an uneven application by government and media in the regathering process. In his sermon, MacArthur cited public protests over racial injustice. Those gatherings didn't receive the same criticism as churches by political leaders and media. In addition, a widely-shared July 8 New York Times article stated that 650 cases of COVID-19 had been "linked to religious facilities." Every person is important, of course, and each case needs to be taken seriously. But there were 151,503 positive cases reported to the Center for Disease Control from July 5-11. According to the Times' article, that means .4 percent were "linked to religious facilities."

At this point you may think I'm advocating that churches take a direct, no-holds-barred approach to regathering. Ignore that linebacker with "COVID-19" across the back of his jersey and hand the ball off to the fullback. Get that final yard.

To be clear, I'm not. It's more nuanced than that. I can understand churches in California and Nevada taking a more direct approach in protecting their religious liberty. I'd expect in those states' political culture, many Georgia churches would do the same. If a governor here tried to outright ban churches from regathering, the best he could hope for in response is a "Bless your heart." Governor Kemp knows this. I suspect it's why he's placed the onus on churches to police themselves in helping stop the spread of the coronavirus.

At the same time, pastors are caught in an almost impossible situation right now. In the same congregation they hear from members who want to reopen immediately, just like everything was before. Those same pastors also hear from families and individuals desperate to rejoin their church family. But they have loved ones who are at high risk. For them, rejoining remains an impossibility the longer the church doesn't mandate mask usage and strict social distancing.

"Pastor, please don't tell me you're believing all this! Don't you know it's all a hoax and getting a test implants something in your brain?"

"Pastor, don't you care at all about sweet Miss Beulah? And what about the Johnsons, who just heard their little girl is in remission from cancer?

As I tap on the screen from inside your phone, tablet, or computer, may I address my fellow laity? We both know our churches are going through an unprecedented time right now. You're frustrated. Trust me, so are your church's leaders. They're as sick of Zoom meetings as you are. They're trying to understand the numbers and reports, but – like you and me – are unsure who to trust. It seems every position under the sun can be backed up with a link containing experts on the matter.

Personally, I usually wear a mask into a store and when I'm walking into church. Sometimes I keep it on while singing. Judging by my own actions, apparently, I feel more secure talking to people outside, because I rarely wear it then. I tell you that not to give recommendations, but to admit my own inconsistency on the matter.

So why do I wear a mask at all? Because I know there are people at risk, and many of them don't know Christ as their Savior. Also, I'm concerned at churches losing the wisdom provided by our senior adults. Many are choosing to not attend out of concern, and their influence is missed. Of course, many also think this is all hooey and will attend anyway sans mask. That's fine and good, but makes me want COVID-19 to be done so that they're not in danger of getting sick. We often need their forthrightness.

One of those who tested positive for COVID-19 is a very dear lady to me. Martha Jean Harris hosted many a dinner for Index staff when her husband, Gerald, served as editor. Although she felt sick for several days, Dr. Harris told me today she's doing much better and their quarantine is almost over. He tested negative and felt fine the whole time. His guest preaching schedule is nearly ready to resume.

Multiple variables factor into a church's plan to reopen. But I have no doubt that pastors are looking through the lens of what is going to ultimately glorify God. Yes, there is a sickness in the world, and it's the root of society's ills. That sickness – sin – is rarely mentioned, much less confronted in headlines for the danger it poses.

The Church is the only one dedicated to its destruction. And as such, is indeed the most essential force in all the world.