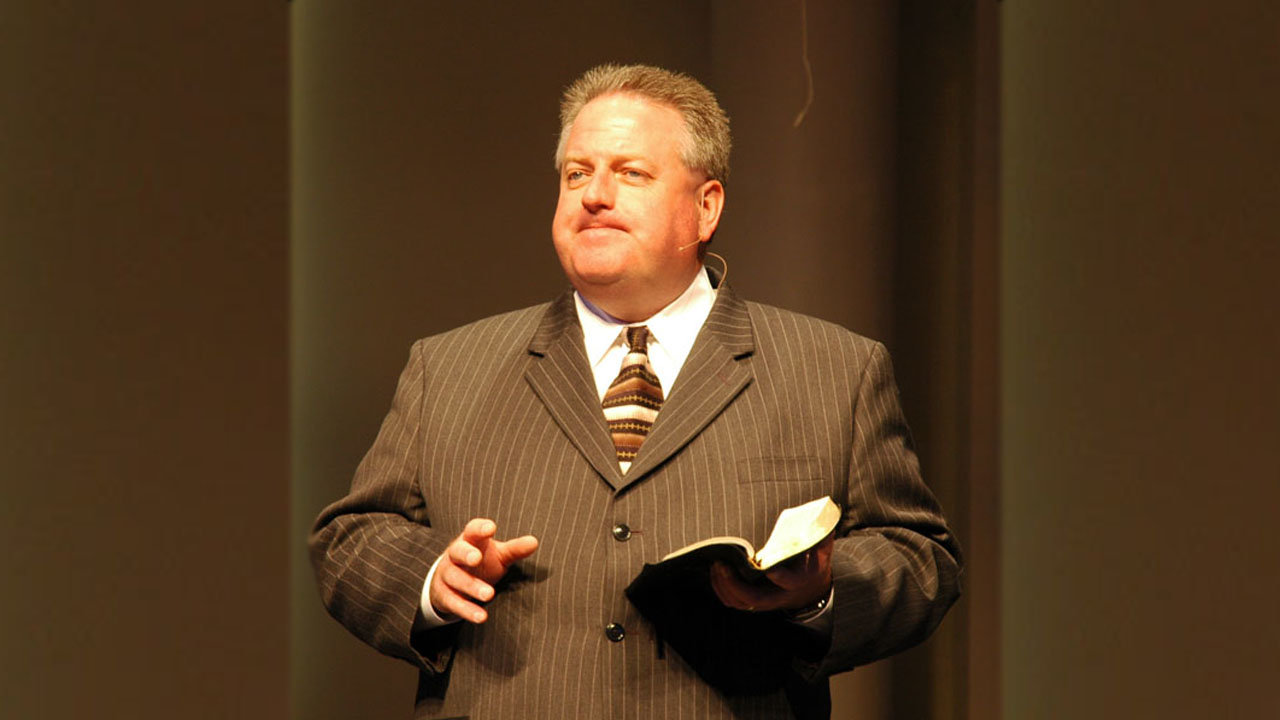 TIFTON — Fred Evers became well-known for his 21 years as pastor of Northside Baptist Church, but his legacy extends to state leadership as well as mentoring a number of young ministers, friends say.

Evers, diagnosed with esophageal cancer last year, died at 10:45 a.m. Sept. 7. His wife of 45 years, Cindy, reported the news publicly on a page dedicated by Northside Baptist on updates regarding its pastor.

“I spent last night and this morning holding Fred's hand, reading scripture, and playing praise music,” she wrote. “It just seemed a fitting way to walk a child of God home. I will treasure the time I had with him in these last months as precious, because they were every minute!

“When he left this Earth, his hand went from holding my hand to holding Jesus's hand. While my heart is shattered into a million pieces, I find my heart is also bursting with gratitude to God for the incredible things he has done for Fred and me.”

A native of Jacksonville, Fla., Evers also served as a pastor in Georgia at Stone Creek Baptist Church in Dry Branch and Wesleyan Drive Baptist in Macon. He began at Northside on June 20, 1999 with the church seeing gains during his tenure in several areas including baptisms, membership, discipleship, and Sunday School enrollment. In 2007 Northside completed a relocation campaign under his leadership.

Even in recent weeks, Evers continued to preach and minister at Northside whether through preaching at the church or via numerous devotional videos on Facebook.

Evers served in numerous capacities with the Georgia Baptist Convention. Those positions include chairman of the Administration Committee, chairman of the Executive Committee, president of the Preaching Conference, member of the CP Budget Committee, and chairman of the Nominating Committee. In addition, he was a board of trustee member for Brewton-Parker College, New Orleans Theological Seminary, and Truett McConnell University.

In 2006 Evers was chairman of the Institutional Task Force that presented its report to the GBC annual meeting and strengthened the convention’s relationship with its institutions through its role of “sole membership” regarding those entities.

J. Robert White, who served as Georgia Baptist executive director until retiring in 2018, pointed to Evers’ leadership on the Task Force as an example of his impact for the GBC.

“That was very important. I saw Fred lead in a number of ways in the state, including on the Executive Committee and Administration Committee. I preached for him a few times at Northside and he became a great friend. You could pick up the phone at any time and he was available to pray for you. He loved his wife, Cindy, very much and was tremendously proud of his children,” said White.

Frank Cox remembered Evers as “one of the most brilliant men I’ve ever met.”

“Fred had the ability to analyze a situation and not respond to it emotionally, but logically, analytically. He was fair in his assessment of people and always a good friend,” said Cox, who will be officiating Evers’ funeral Friday.

“He had a passion for his church and ended up mentoring 16 young men out of Northside into the ministry. Fred was a fine preacher and dedicated himself to his people and loving them. He was an excellent role model for young pastors. I’ve watched him over the years with his congregation. When it would’ve been easy to write someone off, he ‘wrote them on.’”

Long before arriving at Northside, Evers had preached his first sermon as a teenager. Forty-six years of ministry (43 as a pastor) began with earning his bachelor’s degree at The Criswell College in Dallas, Texas. He would go on to receive his Master of Divinity at New Orleans Baptist Theological Seminary and Doctor of Ministry at Southern Baptist Theological Seminary.

Evers became friends with another student at Criswell. And as Danny Akin would go on to become president of Southeastern Baptist Theological Seminary, their friendship remained active.

“We’ve stayed in contact all these years,” Akin told The Index. “Fred has sent a boatload of students to Southeastern in that time. It’s a great compliment to any pastor if he has sent a number of men into the ministry and Fred excelled at that.”

Evers was an active part of Southeastern, teaching through the seminary’s Equip program in Tifton. “A lot of guys earned seminary credit under his ministry while at Northside,” Akin noted. “He understood the gravity of what we do as pastors and leaders and the importance of pouring our lives into others.”

The two last saw each other in February, participating in the ordination service at First Baptist Church in Forest Park for a young man who had been mentored by Evers. In December 2017, The Christian Index reported on Evers’ dedication to mentoring and how it fit into his role with Southeastern.

A legacy that lives

Matthew Daniel, pastor of First Baptist Church in Whitwell, Tenn., was in the first preaching class at Northside under Evers. He was also one of many who did so while attending Abraham Baldwin Agricultural College in Tifton.

“I count it as one of the great honors of my life to have ever known and served under @fredmevers,” he wrote in a Twitter thread Sept. 7. “He taught me everything I know about preaching and pastoral ministry. Fred was a faithful shepherd, a pastor to pastors and a modern day Charles Spurgeon.”

Cindy Evers shared with The Index a few thoughts about her husband.

“There is so much to say. He was an amazing man who left such a legacy in both our state, community, and church. To walk him to the edge of Glory was an unspeakable privilege and joy. There is something Holy about being in the presence of one of God’s children when He takes them home.”

In addition to his wife, Evers is survived by a brother, Larry Evers; his daughter, Katie Beth Sumner, of Lenox; sons Daniel, of King George, Va., and Joshua, of Guthrie, Okla.; as well as eight grandchildren.

Funeral services will be held Sept. 11 at 6 p.m. at Northside Baptist Church with a private committal being held at a later date. Cox will officiate Friday’s service while deacons, staff, and members of the preaching class at Northside Baptist serving as honorary pallbearers. Precautions regarding COVID-19 will be taken and seating will be limited. The service will also be streamed online at Northside’s Facebook page.

In lieu of flowers, donations may be made to the Fred Evers Memorial Scholarship Fund, 4605 Murray Ave., Tifton, GA, 31794.