A night of extraordinary service by a Russian pastor 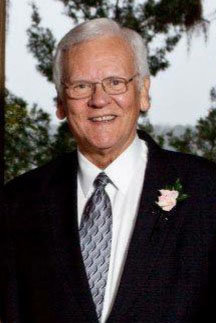 "I cannot tell you how humbled I was by his spirit, servanthood, and devotion to Christ and his commitment to his little flock," said Fred McCoy in recounting the dedication of a Russian pastor he experienced as a missionary. FRED MCCOY/Special

A true story by Fred McCoy as told to Gerald Harris.

It was a joy to speak to the pastors at the Gordon Memorial Baptist Association in Calhoun this week. Brent Davis, pastor of Heritage Baptist Church, invited me to be the guest speaker for the meeting and Doug Ledford, the associational mission strategist, hosted the gathering of pastors. I spoke on “Pastors Who Have Influenced My Life.”

After the meeting at the associational office the meeting was adjourned to the El Nopal Restaurant for lunch. During the luncheon I listened as Fred McCoy, the notable Georgia pastor and former missionary to Africa who now heads up International Evangelistic Ministries, shared a remarkable experience he had two years ago on a preaching mission to Russia.

McCoy got up early on a certain Sunday morning to begin a full Sunday of preaching. After an early morning sermon in one church in eastern Russia, he traveled with his host to another church about 90 minutes away where he preached a second sermon. Following that worship experience McCoy journeyed to a third preaching engagement up in the Ural Mountains. When he arrived at his destination he found the old, small, mostly rural church where he was scheduled to preach.

The 150-year old church where McCoy was to deliver his sermon was small and in ill repair. “No one was there when I arrived,” McCoy said, “but I looked in the window and saw a little room with 15 empty chairs.

“My interpreter and I waited and after a half-hour a few people started coming and in time the 15 chairs were all filled, but there was no sign of the pastor.”

McCoy recalled that eventually he looked down the road and saw an elderly man with flowing white hair and a long beard riding on an old horse. “The old man stopped his horse that was wet with sweat and managed to slide off the horse to the ground,” McCoy remembered. “He walked up to me, put one hand behind his back and the other hand across his abdomen, bowed toward the ground and introduced himself as the pastor. I extended my arms to embrace him and he responded with a long, firm embrace."

A knock in the night

“The pastor had served the congregation for 62 years. He spoke through my interpreter and apologized profusely for being late and started to explain why he had not arrived on time.

“It was Sunday morning and he related that he had gone to bed the night before and had barely gone to sleep when there was a loud knock at his door. The nocturnal visitor told the faithful pastor that one of his deacons in the next village had died.

“It was a bitterly cold night, so the pastor built a fire, dressed, and got ready to go make arrangements for the deacon’s funeral.”

McCoy continued, “Once he had finished his preparation, he put a blanket on his horse, lit a lantern to guide him through the cold, dark night, and rode to the village where the deacon had lived and died. When he arrived, he entered the deacon’s house, built a fire there, and began to prepare the deacon for burial. He shaved the deacon’s face, cut his hair, and put him in the best clothes he had. Simultaneously, some of the neighbors began searching the village for boards and planks that they could use to fashion a casket.

“Once the old Russian pastor had finished making the corpse ready for burial, he got a shovel, found a place for the committal, and started digging a grave. The night was dark. The wind was chilling. The preacher was weary, but he continued to dig that grave until past dawn. When the crypt was deep enough, the man who constructed the rough-hewn coffin and the preacher lowered the deceased into the grave by using ropes which they had placed under the wooden box that held the body of the deacon."

An example of dedication

“The news of the man’s death had spread throughout the village," McCoy explained," and as the sun began to shine through the barren branches of the trees in the cemetery a crowd had gathered to pay their final respects for the saintly old deacon who had been a part of their community for many years.”

“I learned that the pastor, who had to be in his 80s and had been up all night preparing the deacon for burial and who had dug his grave, then conducted his funeral, got back on his hoary, swayback horse, and headed toward his church. It was a long ride, and there was no time for the pastor to stop or change the clothes he had worn while digging the grave. Consequently, when the preacher finally arrived at the church both he and the horse were weary and exhausted.”

With emotion McCoy added, “That dear old pastor had been up all night, done the work of four men, ridden that horse for no telling how many miles, and apologized to me for being late. I cannot tell you how humbled I was by his spirit, servanthood, and devotion to Christ and his commitment to his little flock.

“However, I was privilege to preach to those 15 people that morning and there was a 49-year-old woman who was saved. It probably had a lot more to do with his faithfulness than my preaching.”

At least 77 dead in migrant boat sinking off Syrian coast

US aircraft carrier arrives in South Korea for joint drills