A perspective on politics 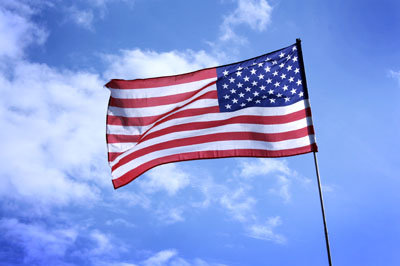 There was a time when I thought I wanted to go into politics. I was in high school at the time. I was fascinated by the good things Dwight David Eisenhower did during his administration as president.    Eisenhower was the one who oversaw the cease-fire of the Korean War. He kept up the pressure on the Soviet Union during the Cold War, made nuclear weapons a higher defense priority, launched the National Aeronautics and Space Administration (NASA), began the interstate Highway System, signed the civil rights legislation in 1957 and 1960 to protect the right to vote by African-Americans, and established the U.S. policy of defending Taiwan from Chinese communist aggression in the 1955 Formosa Resolution.

President Eisenhower did many other good things, but he also pushed to have the phrase “under God” inserted into the pledge of allegiance and signed a law officially declaring “In God We Trust” to be the nation’s official motto, also mandating that the phrase be printed on all American paper currency.

Much has changed since the administration of our 34th president, who was elected to his first term by a landslide over 63 years ago. Politics today seems to be disturbingly marked by compromise, arm twisting, backroom deals, duplicity, and corruption.

What is seems to be about

Years ago Mark Twain said, “America is a nation without a criminal class with the possible exception of Congress.”

I am fully aware of the fact that there are many good and godly men and women who serve us in the halls of government, but in spite of their integrity and influence politics generally appears to be more about kickbacks from large businesses, persuasive lobbyists, labor unions, attorneys, and those of their ilk in order to achieve reelection and then pay them off with favorable legislation, regulations, pork, appointments, access, and whatever other means of payback are requested.

Furthermore, George Orwell stated, “Political language … is designed to make lies sound truthful and murder respectable, and to give an appearance of solidity to pure wind.”

First, I realize I could never go into politics because I don’t like compromise, especially when it comes to values and principles. Few things in politics are black and white. Everything seems to be “fifty shades of grey." Compromise means concessions. The definition of compromise means that we give up part of what we believe in order to make another person happy. Those with the truth or strong moral values must concede to error for compromise to occur.

Second, political campaigns are often low-down, mud-slinging, name-calling sideshows with lots of fury, but not much substance. But that is nothing new. When William McKinley was running for president his opponent said he had “the backbone of a chocolate éclair.” When Winfield Scott ran for President he was called “the Peacock of American politics, all fuss and feathers and fireworks."

Furthermore, political language often demonizes the political opponent rather than engage in a significant debate on policy or proposed legislation.

Margaret Thatcher said, “I always cheer up immensely if an attack is particularly wounding because I think, well, if they attack one personally, it means they have not a single political argument left.”

Third, it appears that the whole political system is trending toward a progressive, liberal, or socialistic philosophy. In politics vices are legalized incrementally and insidiously. If you look at the liberalization of the laws concerning alcohol sales you will see a very interesting history. In the beginning there were many restrictions on the sale of alcohol, but with the passing of time a greater variety of alcoholic beverages have become available in a greater number of venues at more hours per week to a wider age group.

The same is true in many cases with gambling. At first the lottery is legalized, then horse racing and after that casinos on riverboats or Indian reservations and ultimately casinos everywhere with slot machines even located in grocery stores and drug stores.

For example, gambling was legalized in Nevada after the Great Depression in order to lift the state out of hard times. Today Las Vegas is the gambling and entertainment capital of the world, but with all lights, casinos, and nightclubs organized crime is also flourishing in Nevada’s largest city.

Additionally, medical marijuana typically leads to recreational marijuana. Recently, the Georgia legislature passed a measure to legalize medical marijuana. Bill Bennett, former U.S. Secretary of Education and director of the Office of National Drug Control Policy, has written a book, Going to Pot, in which he sounds the alarm on the use of marijuana.

Bennett makes a compelling case for the harms increased availability of marijuana through legalization will bring to our society, particularly to our youth. The scientifically-based book declares the truth about marijuana. He reveals that it is addictive, causes lung damage, brain damage, impairs one’s ability to learn, and can lead to a loss of IQ points.

Mike Griffin, Georgia Baptists’ public affairs representative under the Gold Dome, has stated that the legalization of medical marijuana is just one political expression of the camel getting his nose under the tent. This well-known metaphor suggests that the legalization of the particular bill may well open the door to the future passage of recreational marijuana legislation.

It is also interesting and disturbing that once liberal social legislation or Supreme Court decisions are passed they are almost never reversed. For more than 30 years pro-lifers have been crusading for a reversal of the Roe v. Wade decision, but for the most part we protest in vain.

Similarly, to our shame it is more likely that we will see pari-mutual betting legalized before the lottery is banished in Georgia. And it is extremely unlikely that the days of prohibition are gone forever. One of the reasons is because it appears that we are often betrayed by those whom we elect to represent us.

It seems that the world is always annexing more and more territory that was once friendly ground to the church and the cause of Christ. We have obviously lost our Christian consensus in America.

What are we to do in view of current loses? Press on! The first century Christians were living in an environment that was extremely hostile.

For us, as for the disciples, there is no reason to fear. Jesus has delivered us from our sins on the cross. Because of that, we will one day live with Him in an environment free of sin and sorrow and hatred. Until then, He has promised that His Word will be our life-support system in the hostile environment of this world. Jesus said to His Father, "I do not pray that You should take them out of the world, but that You should keep them from the evil one."

As Christians, we are in the world, but the world should not be in us ... there's a big difference! One writer said that, "A boat in the sea can get along very well. It's when the sea is in the boat that you've got problems!"

Let's keep in mind the hostile environment that surrounds us, and not allow the sinful influences of the world to seep into our lives. God has not demanded that we be successful, but He certainly expects us to be faithful.