AAC player of the year Diamond Battles is transferring to Georgia 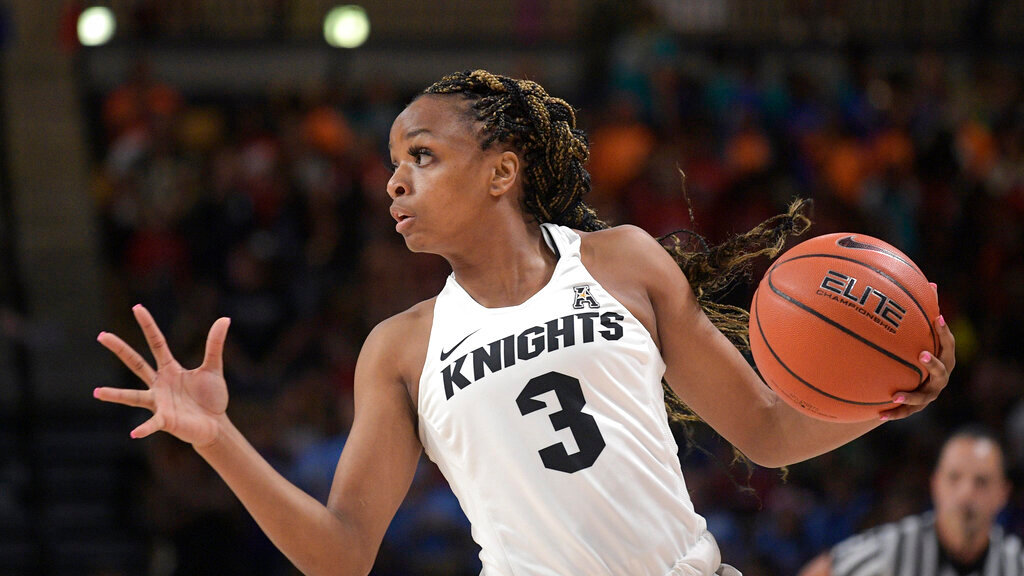 Central Florida guard Diamond Battles (3) sets up for a shot during the first half of an NCAA college basketball game against Pittsburgh on Wednesday, Nov. 6, 2019 in Orlando, Fla. (AP Photo/Phelan M. Ebenhack, File)
Posted Tuesday, May 3, 2022 8:41 am

ATHENS, Ga. (AP) — American Athletic Conference player of the year Diamond Battles is following her coach to Georgia. The Lady Bulldogs have announced that Battles is transferring from Central Florida. That will allow her to continue playing for new Georgia coach Katie Abrahamson-Henderson, who took over after Joni Taylor left for Texas A&M. Battles was a unanimous choice to the All-AAC first team this past season, also claiming defensive player of the year and MVP honors in the league tournament. She will be a fifth-year senior for the Lady Bulldogs.