Abortion in the Pews 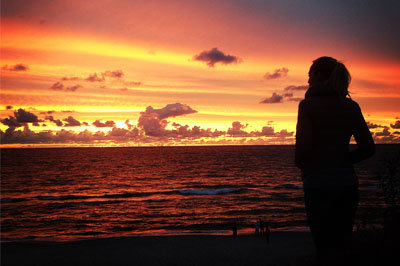 We will have about 1.2 million abortions in our country this year. Half of those women will be regular church goers and self-identified Christians. One may argue that many of these women are casual or nominal Christians, and not genuinely saved. So just to be on the conservative side, let's say that 200,000 of the 600,000 are actually believers. An abortion costs about $500 on average. This means that in 2016 believers will contribute over $100,000,000; that's one-hundred million dollars for all of us who have trouble counting zeros.

Therefore, if we could just stop Christians from having abortions, we would truly begin to defund Planned Parenthood without regard to a presidential veto.

After that lesson in math, here's one from statistics. A recently released study demonstrated that only 7 percent of women who were regular church attendees when they had an abortion ever sought counsel from someone in the church. When asked why, they responded in unison: the church was judgmental, condemning, and shameful. They felt like the church response would not be helpful, but terrible. They were probably right, and still are in most cases.

Having said those two things, I went to a seminar recently. It was put on by Care-Net, which is a network of Pregnancy Centers seeking to care for women in unplanned pregnancies. The Pregnancy Care Center of Tiftarea, whom I work for, is an affiliated center. Our centers typically, not exclusively, see women who are unchurched. The seminar was addressing the problem of the other group of women I mentioned before – those in the church that don't typically come to us.

... if we could just stop Christians from having abortions, we would truly begin to defund Planned Parenthood without regard to a presidential veto.

They want to stop the money, the murder, and the mauling in the church. So what they are proposing is that the church be like the pregnancy centers within the church. They think that the church can and should non-judgmentally love and care for these women. Novel concept – love one another. Crazy, huh! Almost like Someone said that before John 15:12.

Care-Net wants to offer training for churches, and ways for pcc's to come alongside the church (instead of the other way around) to help the churches help men, women, and families feel like the church is a place they can turn to in a time of fear, shame, and worry.

Training is good, but the perception of the people will take longer to change. The attitude of the church must change from condemnation to love. Our practice can be holiness and love simultaneously. We do not have to sacrifice our commitments to righteousness in order to look upon sinful people with compassion, and aid them in their suffering. When this is preached, taught, and lived out in the church for an extended time, perception may change.

One-third of my generation is gone. Many from "Christian" mothers, afraid of "Christian" churches. Let's start changing the perception now.