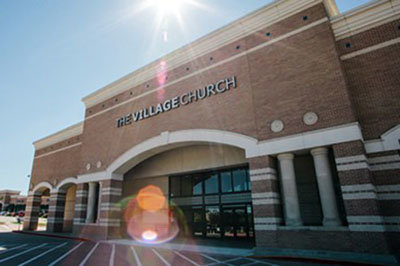 FLOWER MOUND, Texas (BP) — A Texas woman has sued The Village Church for more than $1 million, alleging she was sexually assaulted at age 11 in 2012 by Matthew Tonne, whom the church employed as a minister and counselor.

Identified in the lawsuit as "Jane Doe One," the plaintiff accuses The Village Church of negligently breaching the church's duty to care for her, failing to "implement reasonable policies and procedures to detect and prevent the sexual abuse of Jane Doe One by Tonne," and failing "to adhere to the policies and procedures it had in place at the time" to prevent the alleged abuse.

The church had filed no court response to the lawsuit as of Monday (July 29), according to Dallas County court records. The church did not respond to Baptist Press' request for comment by publication deadline Monday (July 29), but said in January that the church fired Tonne in June of 2018 for a matter unrelated to the case.

Tonne was charged in January with indecent contact with a child, was released on $25,000 bond and is awaiting trial in August, according to Dallas County District Court public documents.

In the lawsuit filed July 26 in Dallas County, Texas, the plaintiff alleges Tonne sexually assaulted her at the Mt. Lebanon Retreat and Conference Center, a Baptist ministry in Cedar Hill, Texas.

While the lawsuit does not identify the plaintiff, the New York Times in June and July identified the plaintiff's mother as Christi Bragg.

During and following a B21 panel discussion, one of many ancillary events held at the annual meeting, Chandler discussed the church's handling of the case. The church did not handle the case perfectly but did "the best" the church "knew how," Chandler said in June.

Church leadership "double reported" the abuse, Chandler said, by helping the family report the incident to police and communicating the report to all parents whose children attended the 2012 summer camp.

Chandler said in June he was in a "period of introspection." He said of his ministry, "We are an imperfect church with imperfect people. We make mistakes; I am painfully aware of my limitations. They are numerous. But when it comes to reporting as soon as we heard, taking our cues from the detective and family, I'm not sure how we could have done it differently."

In January, the church said that there were "no persons of interest in this investigation that have access to children at The Village Church. We would not let anyone who is under investigation for a crime like this be near any of our children at TVC."