Andy Stanley was wrong. And right. 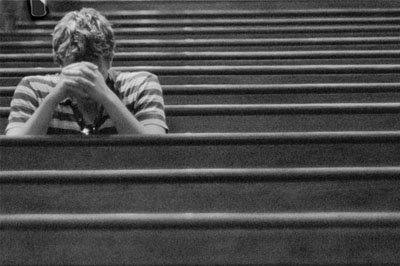 Posted Tuesday, March 8, 2016 1:48 pm
Jay Sanders
Andy Stanley did it again. In a recent sermon, the megachurch pastor said something that left a lot of Christians wondering what they just heard. While speaking on the importance of the church, Stanley told his audience that people who attend small churches are “selfish” and “care nothing about the next generation.” His rebuke of members of small churches didn’t stop there. “All you care about is you and your five friends. You don’t care about your kids, anybody else’s kids.” Andy Stanley was wrong. And to his credit he apologized. But Stanley wasn’t wrong for what he said as much as for who he directed his words to. Selfish people who don’t care about kids, or anyone else for that matter, go to churches of all sizes. There are people who go to ginormous churches with video feeds of a preacher from another state just so they can get lost in the crowd. They don’t care about anything remotely resembling community. They’d prefer to go to church and be left alone just so they can make it from one Sunday to the next without feeling so guilty. Kids? What kids? At the same time, there are people in small churches all across the country who are looking for something closer to a Norman Rockwell painting than they are the kind of discipleship that the Bible commands. They may even be a big part of their church. They sit on committees and plan events but they care nothing about the other people in their church and they care even less about those in the community who aren’t in their church. Their mission statement for their church extends no further than keeping the doors opened, keeping weirdos out and keeping enough money in the bank. Andy Stanley was right. There are some selfish and apathetic Christians out there. But he was wrong in assuming that they only go to one type of church. Some of the most caring, Christlike people I have ever met are a part of small congregations. They are Titus 2 with skin. They learn from the older members of the congregation while teaching the younger. Everything about their life is proof that it’s probably been a while since Andy Stanley has been to a small church.

Andy Stanley was right. There are some selfish and apathetic Christians out there. But he was wrong in assuming that they only go to one type of church.

For years, other Christians have made the same mistake as Stanley, only their sweeping generalizations have been directed at large congregations. They assume that every large church in the country has abandoned the Bible and replaced it with Rob Bell hologram sermons. In reality, there are many large churches that honor Jesus and obey his command to love God and neighbor. But in both churches, you can find people who just come for the show. In the small church, there are those who simply come to the Wednesday night prayer meeting in order to hear the latest gossip and the Sunday morning worship service just to make sure that the new music leader doesn’t jazz things up too much. In the large church, there are those whose devotion to their fellow members lasts only as long as the award winning worship leader and the best selling pastor. When the church on the other side of town gets a pastor with a bigger name and a worship leader who is more relevant and award winning, they figure that it’s time to go where “God is working.” Here’s the reality. Sorry, self-absorbed and lazy Christians come in all shapes, sizes and colors and have a wide variety of preferences when it comes to the size of the church they choose to loiter in. Jesus spoke to large crowds and small. There is no evidence that all of the seven churches he addresses in Revelation are the same size. Paul never told the Philippians or the Corinthians to consider giving away a free abacus to the first 30 people at one of the weekend’s 12 Easter services. But when Jesus spoke, both to crowds large and small, he demanded obedience, not consumerism.

Here’s the reality. Sorry, self-absorbed and lazy Christians come in all shapes, sizes and colors and have a wide variety of preferences when it comes to the size of the church they choose to loiter in.

“Every tree that does not bear good fruit is cut down and thrown into the fire. Thus you will recognize them by their fruits. Not everyone who says to me, ‘Lord, Lord,’ will enter the kingdom of heaven, but the one who does the will of my Father who is in heaven. On that day many will say to me, ‘Lord, Lord, did we not prophesy in your name, and cast out demons in your name, and do many mighty works in your name?’ And then will I declare to them, ‘I never knew you; depart from me, you workers of lawlessness.’” Matthew 7:19-23 (ESV) And when Jesus addressed the seven churches in Revelation, he expressed a divine disgust at lukewarm devotion. “‘I know your works: you are neither cold nor hot. Would that you were either cold or hot! So, because you are lukewarm, and neither hot nor cold, I will spit you out of my mouth. For you say, I am rich, I have prospered, and I need nothing, not realizing that you are wretched, pitiable, poor, blind, and naked.'” Revelation 3:15-17 (ESV) And when Paul wrote to his younger friend Timothy, he told the pastor to faithfully use the Bible to engage those who prefer comfort over truth. "I charge you in the presence of God and of Christ Jesus, who is to judge the living and the dead, and by his appearing and his kingdom: preach the word; be ready in season and out of season; reprove, rebuke, and exhort, with complete patience and teaching. For the time is coming when people will not endure sound teaching, but having itching ears they will accumulate for themselves teachers to suit their own passions, and will turn away from listening to the truth and wander off into myths. As for you, always be sober-minded, endure suffering, do the work of an evangelist, fulfill your ministry." 2 Timothy 4:1-5 (ESV) Your faith is not defined by the size of the church that you attend. The real measure of your faith can be seen in how you attend that church.