Anne Wilson wanted to be an astronaut, but the Lord had greater things in mind for her 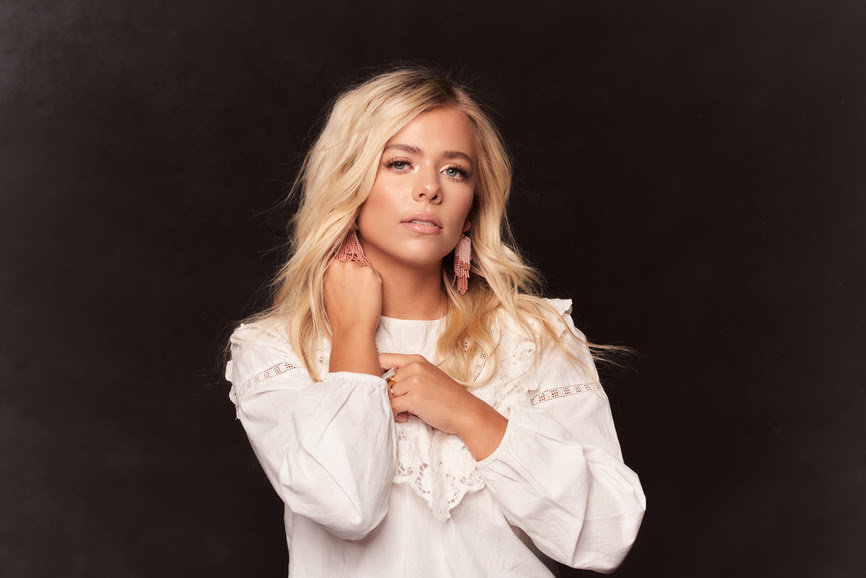 Anne Wilson never expected to be a contemporary Christian music singer. She considers her new career as miraculous.

NASHVILLE (BP) – Anne Wilson was always reaching for the stars. She just never dreamed it would be as a contemporary Christian music artist.

The 19-year-old Kentucky native had aspirations of becoming an astronaut until a tragedy changed that course. The death of her brother Jacob in a traffic accident four years ago was heartbreaking, but it opened a part of her she didn’t know existed – a soulful singing voice that could be used for God in ways never imagined.

Anne was dealing with the death of her 23-year-old brother by sitting at the piano and singing. That was unusual, her father Kent said, because her parents had only heard her singing hymns in church. While she was a proficient piano player, having learned from an early age, she was never a performance singer, he said.

Her mother heard her playing and singing and was so touched that she asked Anne if she would sing at Jacob’s funeral. She said no at first, that she didn’t think she could make it through it, but later told her parents that she would.

“I went upstairs to my room and locked myself in,” she said. “It was hard dealing with all the people at the house. I remember asking God, ‘I know I can’t do this in my strength. Make it clear to me,’ and He did. I had a peace that came over me, that’s how I knew I’m supposed to do it.”

So, the first time Anne Wilson sang in public was in front of 1,200 people at her brother’s funeral. Her rendition of “What A Beautiful Name” was mesmerizing. She used friends who played violin, guitar and keyboard to complement her singing. “It was truly a worship performance,” she said.

The music was so moving that they were later asked to do a video with the same group of friends, including Anne’s sister Elizabeth on keyboard. It became an overnight sensation on YouTube and eventually was the link that landed her contacts with an agent in Nashville.

“That’s what launched everything,” Anne said. “It went viral in a couple of months in 2017. A lot of things started happening quickly. God did a lot of miracles.”

Once she graduated from high school last May, she became more involved in her blossoming music career – a career she had never even considered. Anne has since moved to Nashville and has had to adapt to being “a full-grown adult and having to figure out what life is.”

Three record labels were making offers, and it became a whirlwind career move to Nashville for the teenager who first had to finish high school at Veritas Christian Academy in Lexington, Ky. NASA would have to wait.

She began writing songs with some of the biggest names in Christian music. Matthew West collaborated with her on the hit song “My Jesus” that was released earlier this year and has soared up the charts and become one of the breakout hits of the year. The “My Jesus” music video has more than 4 million YouTube views and 12.9 million views and 290,000 shares on Facebook. Her three-single EP, “My Jesus,” has become Capitol CMG’s largest debut single launch from a new artist in nearly 10 years. Wilson also entered Spotify’s USA Viral 50 chart with the song.

“It’s been amazing to see how God has worked in her life,” her father said. “My wife (Lynn) made all three of our kids take piano. My mom did the same thing to me. Anne hated it the worst of the three. Now look how God is using it.”

Anne’s schedule is booked with shows every weekend, and she writes music two to three days every week. But her father said had her path not been changed by God, she would have made it as an astronaut.

“She was dead set on it and was a very, very good student,” he said. “She could have pursued it and probably would have reached it.”

Anne said space still intrigues her and, if ever given the chance, would love to take a trip into the stars.

“I have a huge passion for it,” she said. “If something happened and I could go to space, I would take it.”

Meanwhile, her music career continues to soar. On Aug. 10, her live EP featuring “My Jesus (Live in Nashville)” was released by Capitol Christian Music Group. It features five songs recorded live from White Dove Barn in Nashville, including a cover of Little Big Town’s “Boondocks” and the new song “No Place Like Home.” Celebrating the release, Wilson also debuted the live video performance of “No Place Like Home.”

The new song is about her brother and their memories together on her grandfather’s farm in Kentucky. It’s her favorite song so far and one that West collaborated on as well. It was written the same day as the hit “My Jesus.”

“It came together in about 10 minutes, which is such a testament to God giving us that song,” she said. “It’s my favorite song and most special song.”

Anne said she is still a Kentucky girl at heart. The memories of time with her brother and sister at her grandparents’ farm are rich and alive, she said.

“It’s my favorite place in the world,” she said. “I want to move back there. I love our farm. The three of us (siblings) are very close. Mom and Dad stressed how important it was for us to stay close. We were each other’s best friends.”

Anne will be on the Big Daddy Weave “All Things New” tour and will make her debut at the Grand Ole Opry Sept. 4. Meanwhile, she continues to write and record new music in preparation for a full-length album in the months ahead.

“I want to do what God wants me to do,” she said. “As Christians, we’re here to bring people closer to the Lord. Jacob’s death shifted my perspective. Everything I do on earth I want it to glorify God. I’m surrendered to Him. I don’t know what the future looks like, if it will be a long career, or be over in a short time. Whatever He wants me to do.”

When asked what her brother would think of her overnight success, she said he would be “super proud of me. I know the way he was. He was so proud of me and my sister even with the smallest things. He would probably be with me because he always wanted to protect me. I think he can totally see me and is totally with me.”