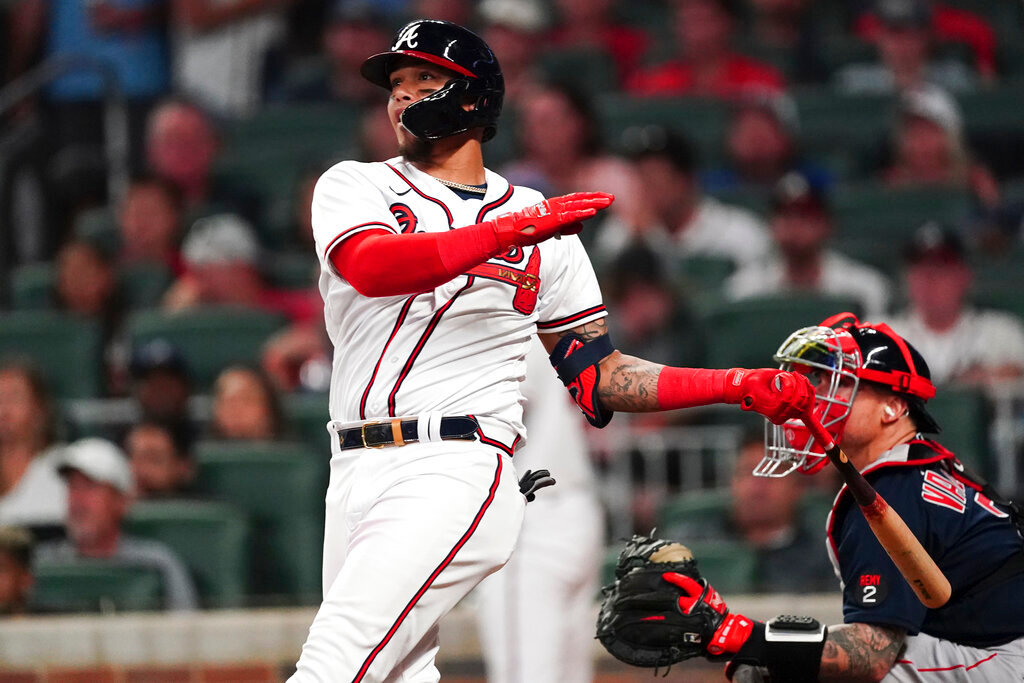 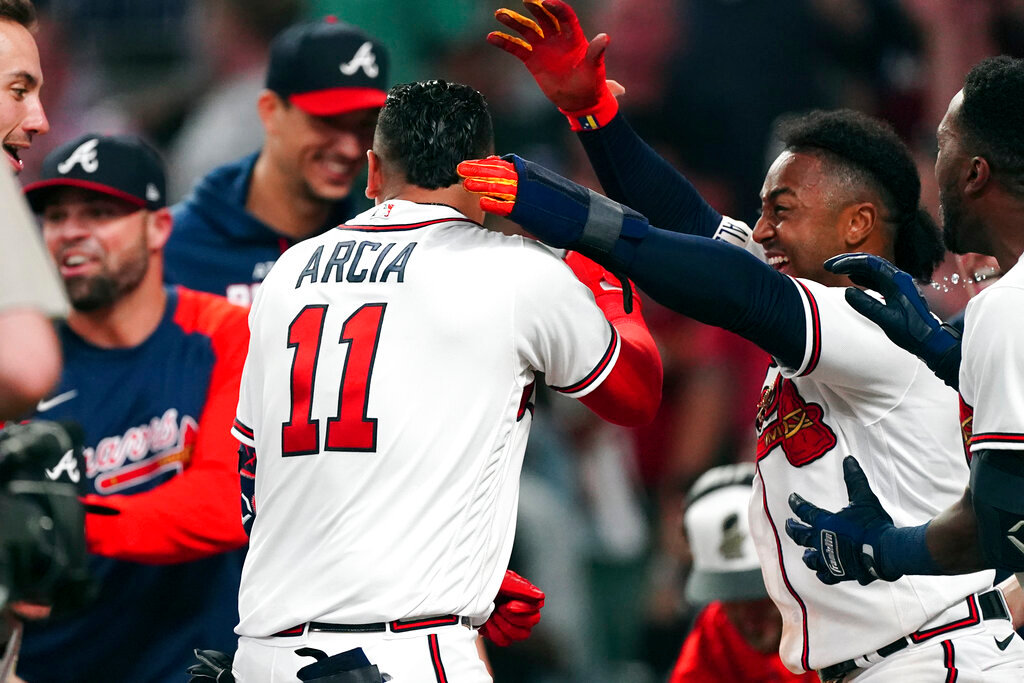 Atlanta Braves' Orlando Arcia is mobbed by teammates after hitting a two-run walkoff home run in the ninth inning against the Boston Red Sox, Wednesday, May 11, 2022, in Atlanta. (AP Photo/John Bazemore)
Previous Next
Posted Thursday, May 12, 2022 9:06 am
By CHARLES ODUM, Associated Press

ATLANTA (AP) — Making the most of his first start in more than two weeks, Orlando Arcia hit a two-run homer in the bottom of the ninth inning to give the Atlanta Braves a 5-3 win over the Boston Red Sox on Wednesday night.

Arcia lined his first homer of the season over the left-field wall off Ryan Brasier with one out in the ninth for his third hit of the game. The home run drove in Ozzie Albies, who led off with a single.

Arcia started at designated hitter. His last at-bat, as a pinch-hitter, came on May 3 and his last start came on April 24. He said he didn't know he was starting before arriving at Truist Park.

“For me it's the same either way,” Arcia said through a translator, adding his goal is “coming to the ballpark with the same energy.”

The opening for Arcia was created in part by the decision to hold out right fielder Ronald Acuña Jr. due to soreness in his groin.

Arcia had two singles in three at-bats before his game-ending homer.

“I'm going to sleep like a baby tonight,” Arcia said.

Red Sox manager Alex Cora and catcher Kevin Plawecki were ejected by plate umpire Adam Beck after he called strike three on Plawecki with the bases loaded to end the top of the sixth with the score tied at 3. The full-count pitch from Collin McHugh appeared to be low.

Plawecki slammed his helmet to the ground while arguing the call and was quickly ejected by Beck. Cora charged from the dugout and took up the spirited dispute, pointing to the plate and continuing his animated argument after also being tossed.

Albies ended an 0-for-10 slump by leading off the ninth with a single against Brasier (0-1). The homer from Arcia was a surprise. He hit only two in a combined 81 at-bats with Milwaukee and Atlanta in 2021.

“It's great because he hasn't been playing a lot,” Braves manager Brian Snitker said. “He hasn't lost his enthusiasm. He's been working.”

The Braves rallied from a 3-0 deficit.

Kenley Jansen (1-0) struck out two and walked one in a scoreless ninth.

After matching its season high for runs in Tuesday night’s 9-4 win, Boston had early success against Ian Anderson, who allowed three runs on seven hits in 5 1/3 innings.

Trevor Story’s two-run homer in the second drove in Alex Verdugo, who doubled with one out. It was Story’s first homer with Boston.

The Red Sox pushed their lead to 3-0 in the third when Rafael Devers doubled and scored on a single by J.D. Martinez. Devers hit his first career grand slam on Tuesday night.

The Braves tied the game in the third. Following a single by Arcia for Atlanta’s first hit off Nathan Eovaldi, Travis Demeritte pulled a fastball over the left-field wall for a two-run homer. Dansby Swanson walked, stole second and scored on Matt Olson’s double off the center-field wall.

Eovaldi allowed three runs in 6 1/3 innings. He had six strikeouts with one walk.