As nation observes Fourth of July, a reflection on immigrants' faith coming to its shores

Children of immigrants and refugees from around the world sing at a worship service at Clarkston International Bible Church earlier this year. The children, with the Georgia state flag behind them, are the new face not only of the state but the nation as minority populations eclipse Anglos in the state and nation. JOE WESTBURY/Index
Posted Monday, July 3, 2017 12:54 pm
Joe Westbury

Children of immigrants and refugees from around the world sing at a worship service at Clarkston International Bible Church earlier this year. The children, with the Georgia state flag behind them, are the new face not only of the state but the nation as minority populations eclipse that of Anglos. JOE WESTBURY/Index

Jerry Baker, who will step down at the end of the month after a decades-long career with Georgia Baptists, is as knowledgable as anyone in the state when it comes to talking about ethnic diversity. He has seen the state’s population become far more brown-toned, representing the world’s peoples to the point where the nation’s founding Anglo population is fast becoming a minority.

He will step down as head of the Georgia Baptist Mission Board's Intercultural Church Planting and Mission Ministry on July 31, "40 years plus a couple of weeks after moving into this position in 1977. I just came and stayed," he jokes.

He will describe his four decades of tenure in an upcoming story in The Index, but is already reflecting on some of the changes he has observed and that continue to shape the nation's ethnic diversity.

On this year’s Fourth of July, Georgia's immigrants, migrants, and refugees will be celebrating fireworks and cookouts along with their neighbors from St. Mary's to Blairsville.

Asians. Middle Easterners. Mexicans and Latinos from throughout Central and South America and the Caribbean. Today they all call America home and, in particular, have made Gwinnett County – headquarters of the Georgia Baptist Mission Board – the most diverse county in the Southeast. 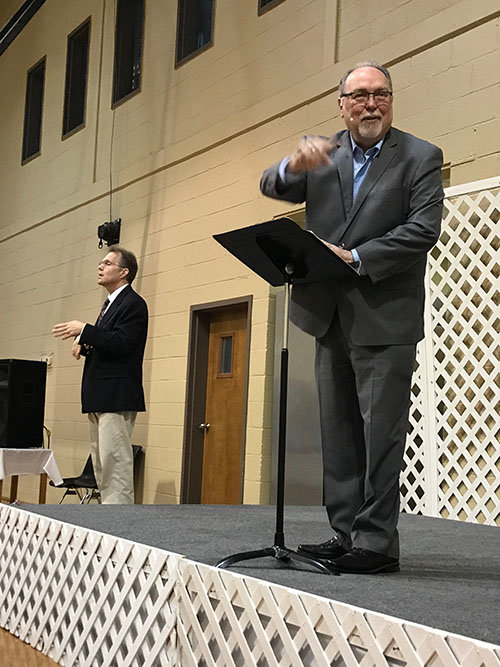 In that dense area just northeast of Atlanta, 20 percent of all residents are Latino, and a majority of county residents are minorities. Asians make up 11 percent and African Americans have 26 percent, according to a variety of media sources including The Atlantic.

But added together they make up the majority, and Anglos are now in the minority.

In June 2016, the Atlanta Journal-Constitution affirmed that new reality by reporting that in 1995, 80 percent of Gwinnett County Public Schools students were Anglo, or white. By 2015, that number dropped to just 26 percent, according to data released by the Atlanta Regional Commission.

Over the same time period, the school system's share of Hispanic students increased sevenfold – from 4 percent to 29 percent – and the proportion of black students more than tripled, from 9 percent to 31 percent.

Just a few miles away in Clarkston, a Georgia Baptist congregation has become a model for reaching immigrants and refugees. The small city was recognized in the New York Times as being "the Ellis Island of the South," and Clarkston International Bible Church has been the focus of stories in numerous media, including the Times.

'The blessing given to Abraham continues.'

Baker recently addressed the shifting face of America during a worship service at the church, where he stated “God’s plan is still in process and unfolding. The blessing given to Abraham continues.”

His comments focused not only on the growth of ethnics coming to America but the number of ethnics worldwide coming to faith in Christ – while the global Anglo population declines in both numbers and professions of faith.

Viewing that decline through the American lens was born out in the Annual Church Profile report released in early June by LifeWay Christian Resources. That report revealed that Southern Baptists, the largest evangelical group in the nation, reported their lowest baptisms since 1946, their lowest membership since 1990, and their lowest worship attendance since 1996. While the most ethnically diverse denomination, it remains largely Anglo … and that could be part of the reason for its decline.

In short, they are not just trailing the nation’s growth but heading in the other direction. The gap between Southern Baptists and the unchurched is growing at an alarming rate.

Ethnics, on the other hand, are coming to Christ in record numbers not only in the United States but around the world – and bringing the gospel with them.

Focusing first on Georgia, Baker noted that the Peach State has the 9th largest immigrant population in the nation. Much of that growth dates to the 1996 Olympics when Atlanta needed tens of thousands of workers to fill construction jobs.

Latinos answered that call in numbers, according to The Atlantic magazine. Those workers remained to help with the building boom that followed the international event, and Gwinnett become home to many due to its reasonable housing and location along Interstate 85. Between 2000 and 2010, the county’s Latino population more than doubled, paralleling a statewide trend.

In addition, the Mission Board serves people from more than 100 nations in its English As a Second Language classes led by State Missionary Paula DeHart. 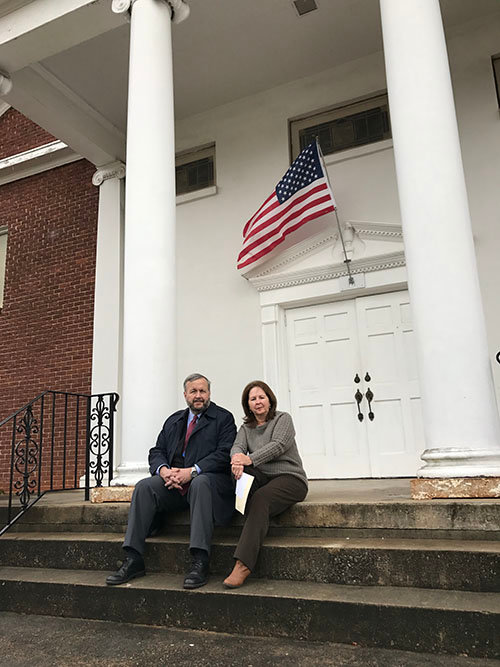 Jonathan and Sharyn Holdaway have seen the completion of the members of their church shift from Anglo to skin tones from around the world. "The church was Anglo when I started here in the third grade, just like Atlanta," she remembers. But she and her husband believe the church should reflect those outside its doors if it is to reach its community for Christ. JOE WESTBURY/Index

Baker then turned his comments to the larger global picture and how it influences the United States through current migration patterns. The good news is that Christianity is not dying as some report, but is actually growing. And in doing so, its changing its skin color.

“The center of Christianity has shifted from Europe to the global Southern hemisphere. Just 100 years ago 80 percent of the world’s population lived in North America and Europe. Today that figure is only 40 percent,” Baker told the group at the Clarkston church.

“In 1980 there were more Christians in the global South than the North for first time in 1,000 years. And that’s not all … just 100 years ago, Christians were less than 10 percent in Africa, but now number nearly 500 million.”

Baker said most recent estimates are that Africa will be 40 percent Christian by 2030.

Christians in Asia are growing at twice the rate of population and will increase from 350 million today to more than 460 million by 2025.

Those growing numbers of bellievers also impact global migration as they carry their Christian faith with them.

More than 214 million have moved to another country as migrants or refugees in recent years. Of those, 105 million were Christians.

That migration results in an increased intensity of faith as they bring their Christian values to new communities. That results in a fresh spiritual vitality being fueled throughout North America and Europe, Baker explained.

Of 43 million residents who were born in another country and immigrated here ...

But America’s Christian landscape is not only being shaped by Hispanics. Baker noted that Asians and African immigrants are also drastically reshaping the nation’s spiritual environment.

In 2015, the Philippines was second to Mexico in the number of immigrants coming to the U.S.

The nation’s Korean population is also influencing U.S. mainline and evangelical Protestantism as is seen in the growth of Korean churches, many Presbyterian, near the Baptist Missions and Ministry Center in Duluth.

Other population centers are also experiencing the rapid growth of immigrants and refugees. For example:

Patrick Thompson, a former state missionary with the Georgia Baptist Mission Board, is one such individual who moved his family to Manhattan to start New City Church. He and his family were featured in this Feb. 2016 story in The Index.

“God continues to bless ethnics and immigrants in their own lands and blesses the United States as He brings them to our shores,” Baker added. “This is an exciting time to see the fulfillment of Gen.12:1-4 as the blessing that was given to Abraham continues to this day”.