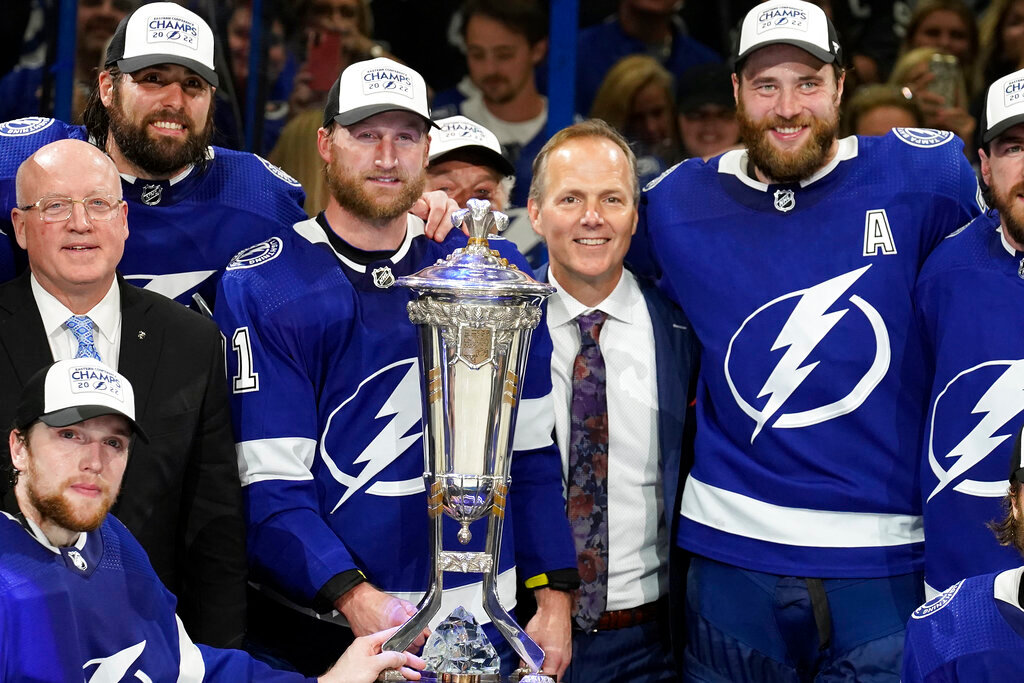 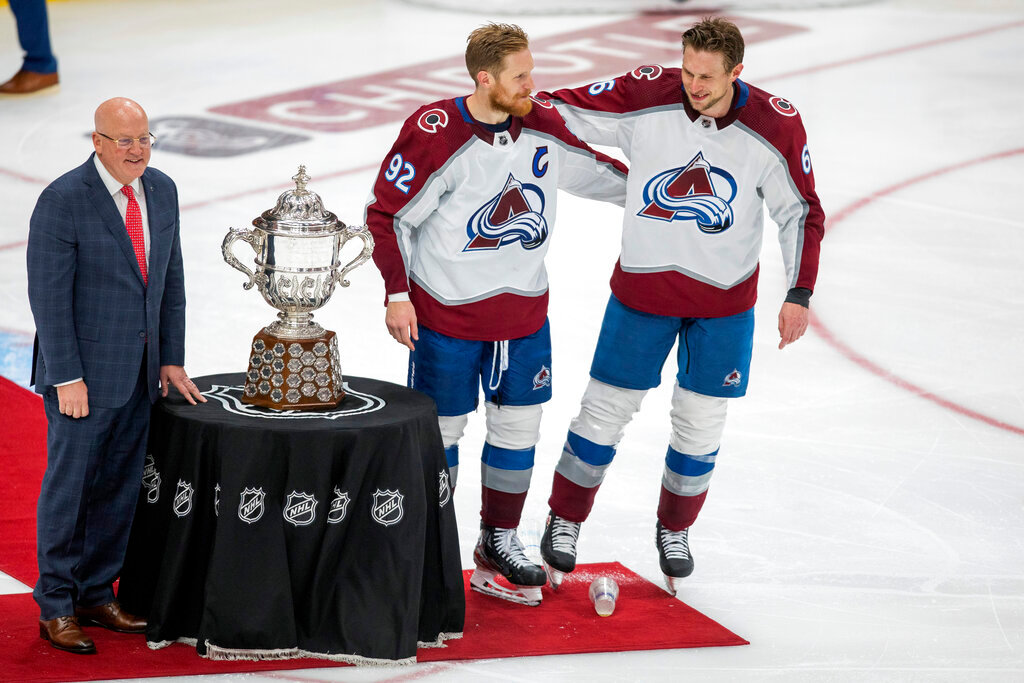 Steven Stamkos watched the Colorado Avalanche the past few years and figured he and the Tampa Bay Lightning would see them in the Stanley Cup Final before this.

The Lightning are back, looking for the NHL’s first three-peat in almost 40 years, and the Colorado core led by Nathan MacKinnon is finally playing for the Cup following a series of crushing playoff disappointments. A potentially epic best-of-seven series between the two-time defending champions and hockey’s best in the West begins with Game 1 Wednesday in Denver.

Stamkos called the Avalanche “probably the best team in the league” and knows the Lightning will have their hands full slowing down the offensive juggernaut that leads the postseason in scoring.

“There’s no secret that they have some electric players,” Stamkos said Saturday night after Tampa Bay closed out the New York Rangers in six games in the Eastern Conference final. “Now they’ve broken through. They just have an unbelievable mix of veteran presence, star power, grinders, a goalie. A huge challenge for us.”

It’s perhaps the biggest challenge yet for the Lightning since this unprecedented run of playoff success in the salary cap era began two years ago. Tampa Bay isn’t just the first team to go to the final three consecutive years since the cap was put into place in 2005, but the first in league history since Wayne Gretzky’s Edmonton Oilers from 1983-85.

The Lightning are looking to become the first to three-peat since the New York Islanders won the Cup four times in a row from 1980-83.

“There’s still some games to be played and we’re still not at the end of our goal, but in saying that, this group is pretty amazing,” said Stamkos, who scored twice in the clinching 2-1 victory against the Rangers. “We’re going to the finals again, and we have a chance to do something really special.”

This is Tampa Bay’s fourth trip to the final since 2015. Stamkos, top defenseman Victor Hedman, wingers Nikita Kucherov, Ondrej Palat and Alex Killorn, goaltender Andrei Vasilevskiy and coach Jon Cooper have been around for all of it, from the loss to Chicago seven years ago to two East final exits, an embarrassing first-round sweep after the best regular season in league history and the back -to- back championships.

MacKinnon, Gabriel Landeskog, Mikko Rantanen and the Avalanche have until this point only experienced the playoff low, bowing out in the first or second round each of the past four years while the Lightning were making long runs.

“That’s what every team is trying to (do) is not just to get there but stay there and be relevant every season,” Colorado coach Jared Bednar said. “They're in all the conversations as one of the best teams in the league and then go out and prove that they are one.”

The Avalanche aren't there yet, but they’ve come a long way in the decade-plus since veteran defenseman Erik Johnson arrived at the start of a seven-year run with just one playoff appearance.

“There’s been a lot of ups and downs,” Johnson said. “We’ve been knocking on the door here the last couple years. Some injuries and things that happened along the way, you never know if that opportunity’s going to come.”

That opportunity sometimes passes hockey’s best players by. San Jose’s Joe Thornton and Patrick Marleau, the Rangers’ Henrik Lundqvist and many others only reached the final once.

According to six-time champion Mark Messier, the key to winning is trust among teammates.

“Trust is everything,” said Messier, now an ESPN analyst. “You’ve got to be able to trust everybody that’s going on the ice to make the right decisions, and that’s the beauty of playoff hockey because nobody can win alone. Everybody needs the person sitting next to you to be their best, and you’ve got to be confident that they’re putting in the work and the detail in order to be the best they can be.”

That trust has developed for Bednar's Avalanche over his past six years behind the bench. It is well-established for the Lightning, to the point Stamkos brought it up unprompted Saturday night and sounded just like Messier.

“Trust, that’s the word,” Tampa Bay’s longtime captain said. “We trust every guy that goes over that boards to do his job. Whether you score a goal or not, it’s the little things that you do. It’s the defending, it’s the blocked shots, it’s the sacrifice, it’s not complaining about your role. It’s just going out and just playing as hard as you can for the next guy that sits beside you in that locker room.”

Only the Avalanche, looking for the organization’s first championship since 2001, stand in the way of the Lightning hoisting the Cup a third consecutive time.

“We don’t know what’s going to happen here in the next 10 to 14 days, but we know we’re going to give it our all,” Stamkos said. “It’s gotten us this far again, and it’s just a special group and a treat to be a part of.”