Balancing safety and mission in a world of rising violence

DULUTH — According to the USA Today, in the seven years following 2006 there were 900 people who died in mass shootings. These tragic incidents should have the vast majority of Americans on the alert, but there are so many who have not taken a proactive approach toward safeguarding their businesses, our educational institutions, or our churches.

Some years ago the Southern Baptist world and many others religious people were shocked to learn of the attack upon Wedgwood Baptist Church in Fort Worth, TX. There, Larry Gene Ashbrook opened fire on the people in the crowded chapel and killed seven people,  wounding seven others before taking his own life.

In 2012 Wade Michael Page fatally shot six people at a Sikh temple before he was shot by a police officer and then committed suicide.

Dylann Storm Roof was charged with nine counts of murder and three counts of attempted murder after a June 18, 2015 attack that killed nine people at a historic black church in Charleston, SC.

One woman was killed and seven others wounded when Emmanuel Kidega Samson opened fire at Burnette Chapel Church of Christ in Antioch, TN on September 24, 2017.

An increase in violence 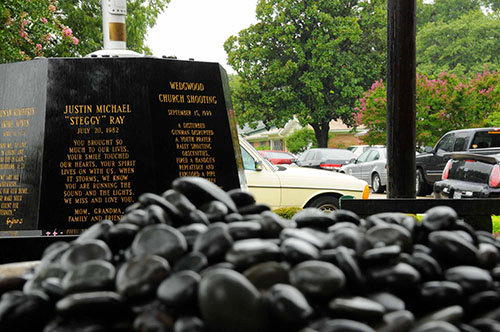 At the 10th anniversary of a gunman's shooting spree that left seven people dead, churchgoers placed "stones of remembrance" on a granite monument erected in 2002 at Wedgwood Baptist Church in Fort Worth, Texas. DAVID HUGHLING/BP

The number of active shooting incidents has increased each year and churches are not exempt.

And, we all need to be on guard to make sure that nothing like that happens in our individual churches or church events.

Active duty Army Major William “Ben” O’Neal has spent 22 years as a Military Policeman. He has been deployed four times to Afghanistan and one time to Iraq. He has had extensive training in the area of anti-terrorism and weapons. He currently teaches ROTC at the University of North Georgia.

O’Neal is also a church security consultant with North Georgia Security Consultants. He has a bachelor’s degree in criminal justice and a master’s degree in business and organizational security management. In his master’s program he wrote his thesis on “Terrorists Attacks on Places of Worship.”

Major O’Neal, who plans to retire from active military duty this year, wants to devote his life to helping church ensure that those who come to worship in their facilities will be able to do so in a safe environment. 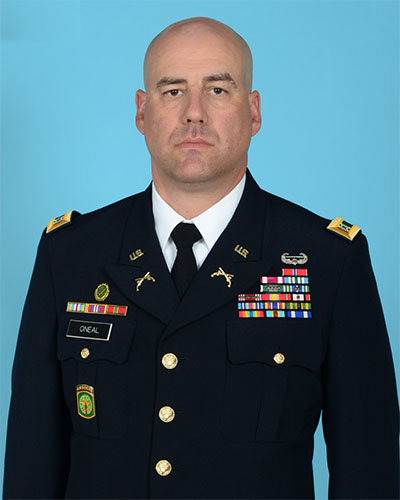 “It is important for all churches to create a protected environment that is conducive to worship and learning," says Ben O'Neal, who utilizes 22 years of military experience and training for North Georgia Security Consultants. BEN O'NEAL/Special[/caption]

The church security expert has developed a mission statement for the Georgia Baptist Mission Board. The statement reads: “To provide a realistic, effective and proactive security approach that encourages a safe, mission focused environment fostering trust and confidence within the community and across the Georgia Baptist Mission Board area of operation.”

O’Neal has expressed the importance of implementing security measures without upsetting people in the church. Security cameras and personnel must be utilized without alarming the church membership and those who visit the Bible studies and worship experiences.

“We want to train people so they will know how to respond when there is a threat or danger,” O’Neal explained.

“There are some safeguards we want churches to use,” the career Army officer emphasized. “It is important for all churches to create a protected environment that is conducive to worship and learning. Every church must know how to respond to various campus incidents and calls for aid. In turn, the church employees and staff will know how to offer help to the community by providing a variety of services and assistance.

“The proper kind of preparation will not only protect lives, but church property and equipment and prevent or minimize the physical loss of church assets.”

In churches large and small, the need is real

O’Neal is prepared to offer educational programs to select personnel, which cultivates safety and security awareness; and engage people in proactive anticipation, recognition, and appraisal of crime risks, and even establishing whatever actions may be necessary to remove or reduce that risk.

His comprehensive program of security even extends to providing education and training in de-escalation, harassment, intimidation, and domestic violence. It is important in the current climate in which we live to cultivate a community of responsibility, caring, and a willingness to report possible situations that may arise during church events and services both on and off the main campus.

Every church needs to seek the kind of ongoing security that Major O’Neal can provide. First Baptist Church of Sutherland Springs, TX was a small church and very likely never thought such atrocities would occur in their peaceful fellowship and tranquil community. But it did, and their church membership was almost reduced by fifty percent as a result of the massacre.

Whether your church is large or small make sure that someone checks out the video below where Major O’Neal articulates his approach to making sure our churches are safe and secure.

For additional information contact Stephen Lillard with the Georgia Baptist Mission Board who works in Mission Board Operations with Risk Management. His email address is slillard@gabaptist.org and his phone number is (678) 328-1855.

What happened in Sutherland Springs must never happen again.