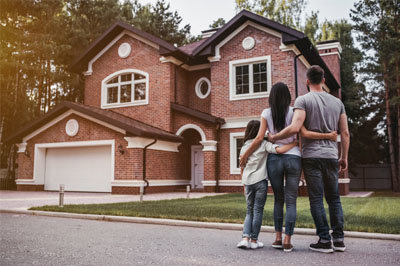 By Tom Strode and Roy Hayhurst

DALLAS, Texas (BP) — The legal challenge to the constitutionality of the ministerial housing allowance is over – for now.

The Freedom From Religion Foundation (FFRF) announced June 14 it would not appeal to the U.S. Supreme Court its March judicial loss, thus concluding its latest effort to gain nullification of the allowance that is part of a 65-year-old federal law. The FFRF was not confident of its chances of winning its appeal given the current make-up of the high court, according to its news release.

In March, a three-judge panel of the Seventh Circuit Court of Appeals in Chicago ruled unanimously the clergy allowance does not violate the First Amendment clause that prohibits government establishment of religion. The decision – the second by the Seventh Circuit against FFRF – reversed a federal judge's 2017 opinion that invalidated the allowance as a violation of the Establishment Clause.

Hawkins said GuideStone would continue "to monitor alongside our Southern Baptist family, and as part of a coalition of large and historic pension boards, both litigation and legislation related to the housing allowance to advocate on behalf of the pastors we are privileged to serve."

Russell Moore, president of the Southern Baptist Ethics & Religious Liberty Commission (ERLC), said, "It is in no one's interest for the government to penalize those who seek to serve their communities. That's what this lawsuit was about, and I'm glad to see it dropped.

"Not only that, but the was right to unanimously uphold the allowance as constitutional," Moore told Baptist Press in written comments. "This allowance benefits communities, and the termination of this frivolous lawsuit is a victory for all Americans."

GuideStone and the ERLC signed onto a friend-of-the-court brief filed by the Church Alliance in 2018 that asked the Seventh Circuit to reverse the lower court opinion. The brief contended the housing allowance acknowledges the reality that a minister's residence is often an extension of a church's ministry and passes the Supreme Court's Establishment Clause tests.

In its March opinion, the Seventh Circuit panel agreed the housing allowance is constitutional under the Supreme Court's church-state precedents, including the three-part Lemon test. That standard, named after the 1971 Lemon v. Kurtzman opinion, says a law must have a secular purpose, not primarily promote or restrict religion and "not foster an excessive entanglement with religion" in order to be considered constitutional.

In considering an appeal, the FFRF, a Wisconsin-based atheist organization, said it decided the Supreme Court's present composition – which consists of five apparent conservatives – would not be favorable to its case. "After 'counting heads,' we concluded that any decision from the current court would put the kibosh on challenging the housing allowance for several generations," the FFRF said in its news release.

Harold R. Loftin Jr., GuideStone's chief legal officer, said of FFRF's reason for not appealing to the high court, "We believe that their case had no merit, regardless of the ideological makeup of the court, but, regardless, are thankful that this matter has been put to rest for the time being."

The Justice Department argued before the Seventh Circuit panel last year the allowance is constitutional under the Establishment Clause. Becket, a religious freedom organization, also argued on behalf of the allowance.

"The rightly recognized that providing this kind of equal treatment to churches is perfectly constitutional, and churches should be allowed to serve the neediest members of their communities without the tax man breathing down their necks," said Luke Goodrich, Becket's vice president and senior counsel, in a written release.

Federal Judge Barbara Crabb of Wisconsin twice ruled the housing allowance is unconstitutional. The Seventh Circuit overturned Crabb's 2013 ruling, finding the FFRF lacked the legal right, known as "standing," to challenge the allowance. In the latest suit, the appeals court agreed with Crabb that FFRF had "standing" because the IRS rejected its leaders' efforts to claim the ministerial allowance.

The lawsuit did not threaten the part of federal law that enables tax-free use of a parsonage or other home owned by a church or another religious body.

In December 2017, Crabb issued a stay postponing enforcement of her opinion until after the appeals process is concluded.

The Church Alliance is a broad coalition of denominational pension programs that cover ministers who qualify for the housing allowance.