NASHVILLE (BP) – Billy Graham is the subject of a new documentary premiering Monday (May 17) on PBS. The film chronicles the life, ministry and political involvement of one of the most influential figures in evangelical history.

The two-hour documentary features footage of Graham throughout his life as well as interview clips from a variety of historians, theologians and others.

Often referred to as “America’s pastor,” Graham is believed to have potentially preached the Gospel message to more than 200 million people during his lifetime.

He is considered by many to be one of the most popular and important figures in the 20th century. Graham’s preaching took the truth of Christianity to the cultural mainstream. 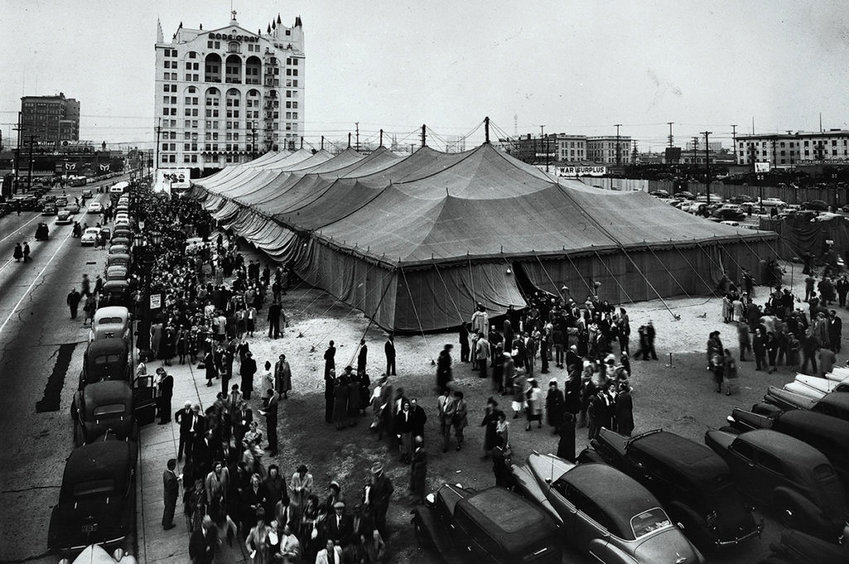 The documentary begins with his early life including his upbringing in North Carolina, his salvation experience at a revival, attendance at Wheaton college and subsequent marriage to his wife Ruth Bell.

Graham was known for his natural charisma and speaking ability. He came into his own as a preacher of the Gospel in early college but wanted to expand his Gospel witness.

After his early life and college experience, the documentary then chronicles Graham’s move to Los Angeles to start the Billy Graham Crusades in the late 1940s and 1950s.

Graham preached the Gospel of repentance and faith in Jesus to thousands of people in packed stadiums, including some of the world’s most famous venues such as Madison Square Garden in New York City. He established the Billy Graham Evangelical Association in 1950.

Topics covered include a controversial visit to the White House to pray for President Harry Truman, his friendship and eventual separation from President Richard Nixon and his distancing himself from political matters in his later years, including his refusal to be involved with the Moral Majority movement.

The last segment of the documentary discusses Graham’s more focused effort on preaching the Gospel internationally and his final crusades in the early 2000s.

The documentary is directed by Sarah Colt and executive produced by Cameo George. The film is a part of the “American Experience,” documentary series on PBS. After its premiere, there will be several repeat showings in the following days.

The film’s trailer and first 10-minute chapter can be viewed online now at https://video.wnpt.org/video/chapter-1-billy-graham/.