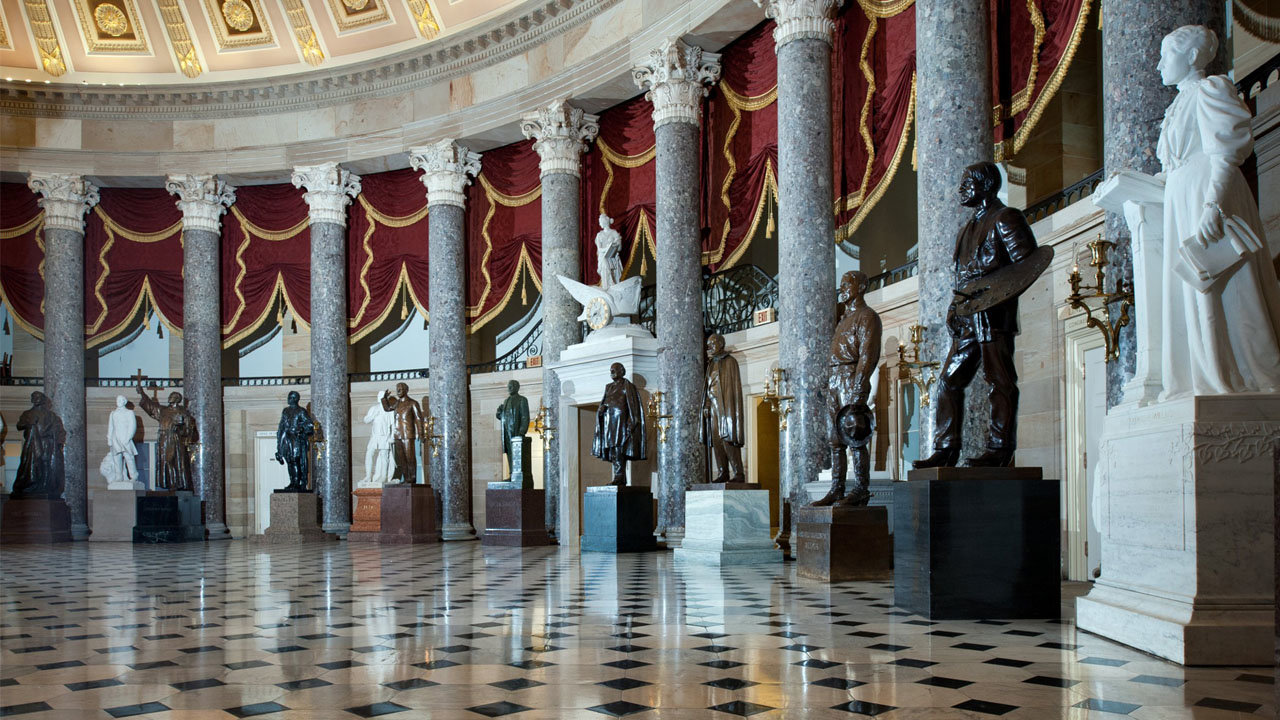 Statues of famous Americans line the rotunda of the U.S. Capitol. RNS/AP
Posted Wednesday, August 5, 2020 11:31 am
The Christian Index

Statues of famous Americans line the rotunda of the U.S. Capitol. RNS/AP

(RNS) — A life-sized statue of the Rev. Billy Graham will be installed in the U.S. Capitol's Statuary Hall collection sometime next year, replacing a statue of a white supremacist that both the state of North Carolina and the U.S. House want removed.

Last week, a North Carolina legislative committee approved a 2-foot model of the statue depicting the famous evangelist who died in 2018.

The sculptor, Chas Fagan, will now begin working on a life-sized model that will have to be approved by a congressional committee. Fagan has previously created several statues of religious figures, including St. John Paul II for Washington's Saint John Paul II National Shrine, as well as Mother Teresa for the Washington National Cathedral.

The U.S. Capitol, Statuary Hall collection consists of 100 statues of prominent people – two from each state. Graham, a North Carolina native who was born on a dairy farm in Charlotte, will take the place of Charles Aycock (1859-1912), a former governor. 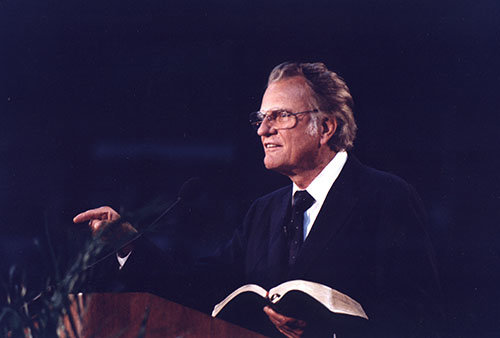 Aycock was one of the masterminds of the 1898 Wilmington, N.C. race riot and coup, in which a local government made up of Black Americans was overthrown and replaced by white officials. North Carolina's other statue is of Zebulon Vance (1830-1894), a former governor and U.S. senator who was also a Confederate military officer.

With statues to white supremacists and Confederate leaders toppling across the nation, North Carolina's reconsideration might seem timely. But in fact, installing a statue of Graham at the U.S. Capitol had widespread support long before the most recent reckoning on race.

"From a Christian religious point of view, Billy Graham is an undeniable worldwide icon," Soucek said. He cited the six decades Graham placed among the top 10 in Gallup Poll's list of the most admired people.

For years, Graham has been one of North Carolina's most famous luminaries. There are two state highways named to honor him. One of Charlotte's biggest tourist attractions is the barn-shaped library documenting his life and ministry that includes his restored childhood home and gravesite.

Graham's son, Franklin, whose Samaritan's Purse ministry is also located in North Carolina, said he has seen a rendering of the statue, which features the elder Graham as he looked in the 1960s, preaching and holding a Bible in one hand.

Franklin Graham said the statue is not something his father would have pushed for.

"My father would be very pleased that people thought of him in this way," he said. "But he would want people to give God the glory and not himself."

The Billy Graham Evangelistic Association, in partnership with the state, is raising money for the statue and its installation – which is estimated to cost $650,000. No state funds will be used.

Garrett Dimond, general counsel for the state's legislative services office, said that once the 10-foot, 10-inch-tall clay statue is completed it must be reviewed by a congressional committee before it can be cast in bronze.

Last month, a bill by the Democratic-led House Appropriations Committee called for the removal of "any individual who served voluntarily at any time as a member of the armed forces of the Confederate States of America." It specifically cited Aycock.

"They know we're replacing the statue,"  Dimond said, referring to Congress. "I think we'll get the approval quicker than you normally would, given what's going on in the country."