Campers on Mission serving nationally in 2017

For a quarter century David Lowery worked for the U.S. Forest Service but rarely saw the Great Outdoors. He served indoors as a computer manager, keeping the systems running so others could do their jobs as efficiently as possible.

But when he retired six years ago one of the first things he did was to join the Georgia chapter of Campers on Mission (COM). Now he volunteers his time in campgrounds and at Baptist facilities, meeting people around campfires and lakes and sharing Christ wherever he and his wife, Mary, travel. 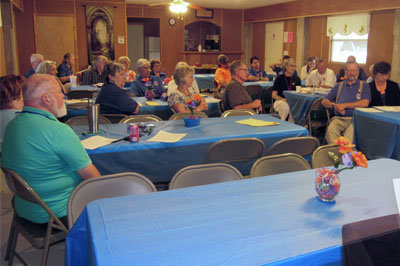 “I love the group because of the Christian fellowship, our love of travel, and having a variety of opportunities to share our faith,” the Gainesville resident said.

Lowery attended his first rally in 1999 but didn’t feel like he had the time to really get involved. That changed as soon as he walked away from his computers in 2011 and embraced a more relaxed lifestyle that included ministry to others.

The nearly 200-member group has already been busy this year, he says.

Their Spring rally was attended by more than 30 individuals on April 20-22 in Cleveland. Members shared previous work and the year’s upcoming ministry opportunities.

Some of the campers have just completed work with The Good Shepherd Horse Ranch in Warm Springs, delivered items to Panama City, FL to be shipped to Haiti, and served with Seafarer's ministries in Mississippi and Florida They also reported on volunteering in their local area

Donna Biggers, publicity chairman for the chapter, said that this year campers will be involved in serving at The Cove in Ashville, NC; the Seafarer's Ministry in Florida; with South West Area Resort Ministry (SWARM) in Bryson City, NC; the Georgia Mountain Resort Ministry in Helen; Farmington Conference Center, a ministry of the Maine Baptist Association in Farmington, ME; and at Truett McConnell College in Cleveland. 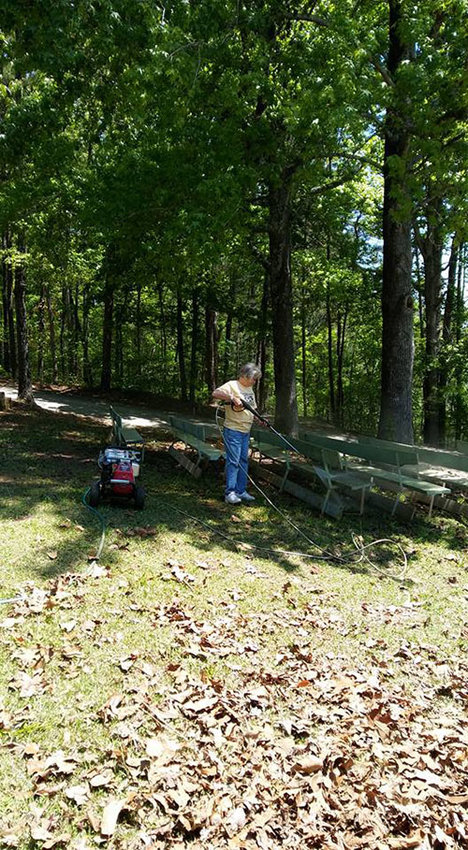 The Southern Baptist group is looking forward to being well represented at the annual National Camper’s on Missions Rally in Dothan, AL in June. And next year they will host the national gathering at the Georgia National Fairgrounds and Agricenter in Perry.

After their Spring rally in Cleveland, several members traveled to the nearby Georgia Baptist Conference Center in Toccoa. They worked April 24-26 to install new lighting in a camping pavilion, installed water lines at two camping sites, and upgraded 7 electrical boxes in the campground area.

Four other Georgia campers are preparing to depart for a ministry project in Maine next week; there is currently a team serving at The Cove outside of Ashville, NC.

Lowery, the retired forest service worker, gave examples of previous ministry projects he and other members have been involved in. For example, members have worked for a couple of summers upgrading student dormitories at Truett McConnell College.

“We tore out closets and installed armoires to modernize the older buildings and provide a better quality experience for the students. In the Winter of 2016 we traveled to the Florida Baptist Conference center in Lake Yale where we installed new ceiling lights and fans in all of the rooms and built a quarter-mile prayer walk which included installing landscaping timbers and mulch.

“In January of this year we served as the Seafarer’s Ministry in Pascagoula, MS and are looking forward to other opportunities this year.”

Fellowship is big part of the ministry

Lowery, a 25-year member at Chestnut Mountain Baptist Church near Flowery Branch, noted that one of the benefits he enjoys is the fellowship.

“It’s good to have new friends as well as old friends. I have a friend I have known since we were both 5 years old but it’s always fun to meet new people.”

And that also means Campers on Mission is looking for young members and not just retirees.

“This is a natural for families who are home schooling their children. They can come along and be involved, learning about ministry from their parents and others. I remember two children who were ages 10 and 13 who pitched in and mucked out some horse stalls and cleaned saddles. It was quite an education,” he says with a chuckle.

For more information on how to join the group or to learn about upcoming projects visit georgiacampersonmission.org or visit their Facebook page.