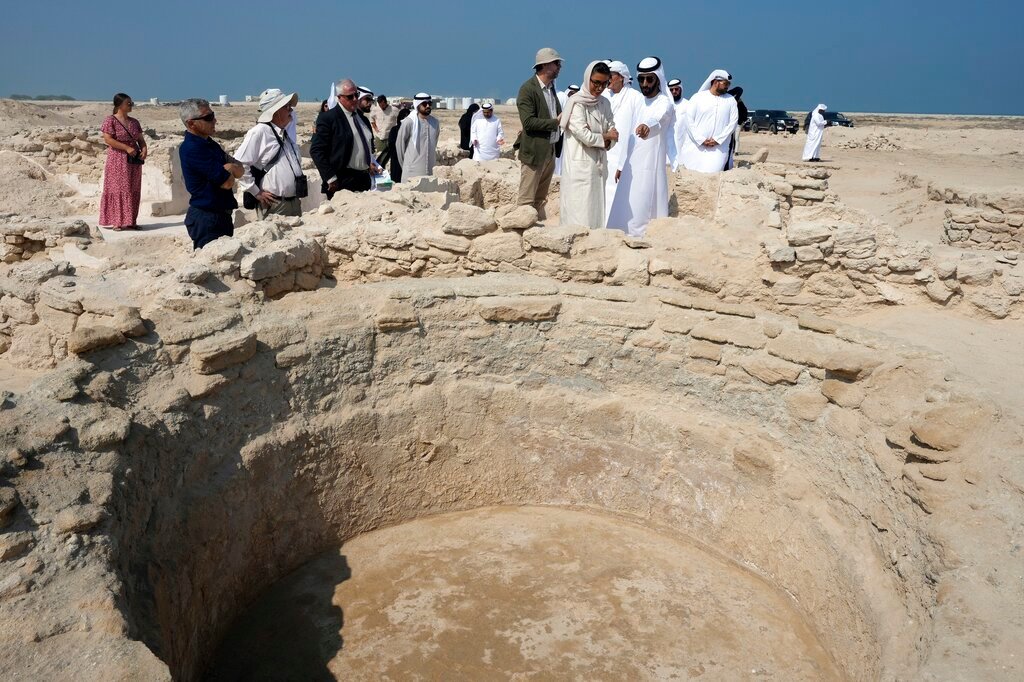 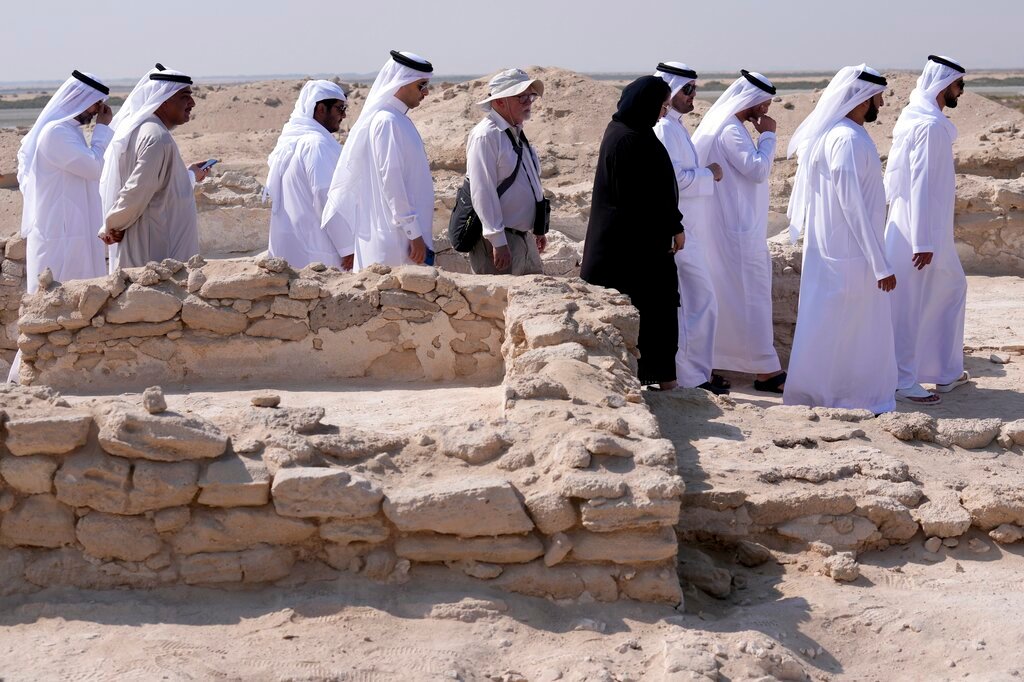 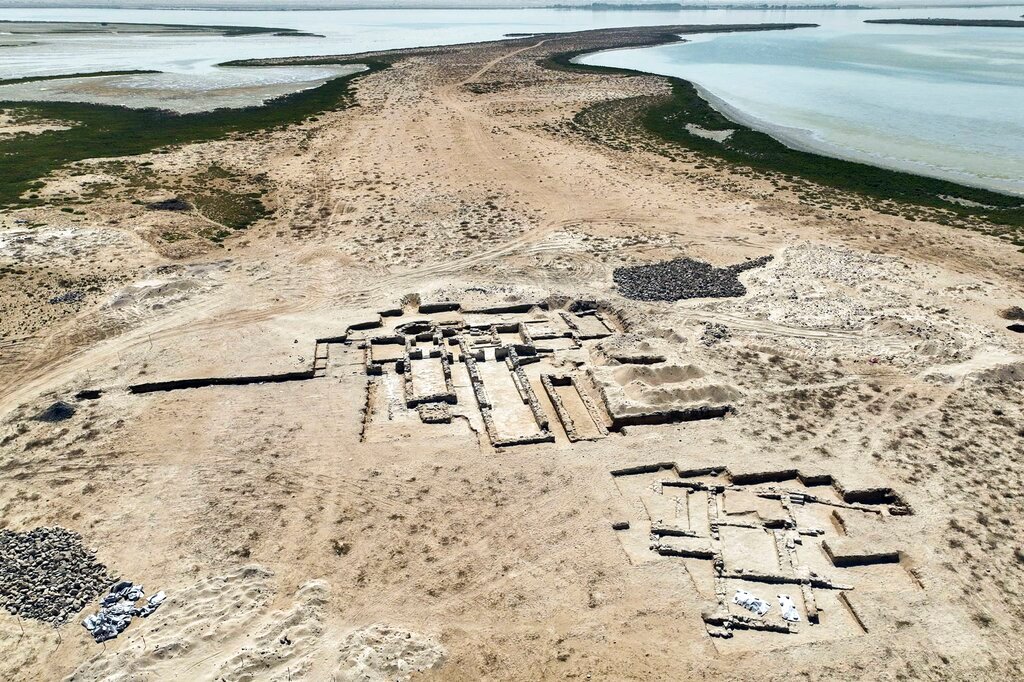 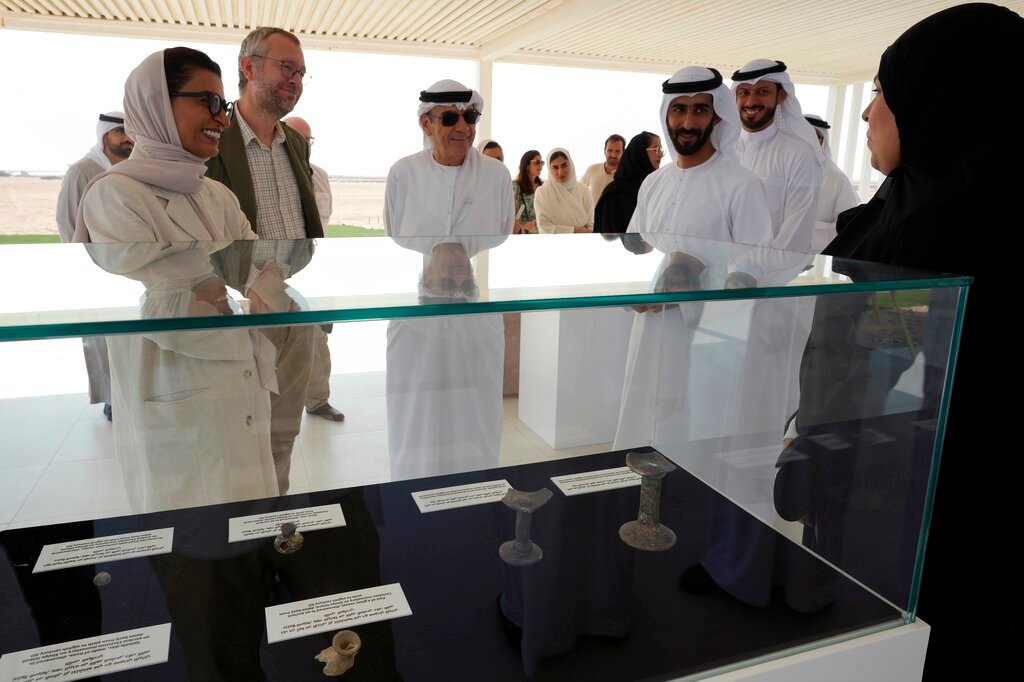 SINIYAH ISLAND, United Arab Emirates (AP) — An ancient Christian monastery possibly dating as far back as the years before Islam spread across the Arabian Peninsula has been discovered on an island off the coast of the United Arab Emirates, officials announced Thursday.

The monastery on Siniyah Island, part of the sand-dune sheikhdom of Umm al-Quwain, sheds new light on the history of early Christianity along the shores of the Persian Gulf. It marks the second such monastery found in the Emirates, dating back as many as 1,400 years — long before its desert expanses gave birth to a thriving oil industry that led to a unified nation home to the high-rise towers of Abu Dhabi and Dubai.

The two monasteries became lost to history in the sands of time as scholars believe Christians slowly converted to Islam as that faith grew more prevalent in the region.

Today, Christians remain a minority across the wider Middle East, though Pope Francis was arriving in nearby Bahrain on Thursday to promote interfaith dialogue with Muslim leaders.

For Timothy Power, an associate professor of archaeology at the United Arab Emirates University who helped investigate the newly discovered monastery, the UAE today is a “melting pot of nations.”

“The fact that something similar was happening here 1,000 years ago is really remarkable and this is a story that deserves to be told,” he said.

The monastery sits on Siniyah Island, which shields the Khor al-Beida marshlands in Umm al-Quwain, an emirate some 30 miles northeast of Dubai along the coast of the Persian Gulf. The island, whose name means “blinking lights,” likely due to the effect of the white-hot sun overhead, has a series of sandbars coming off of it like crooked fingers. On one, to the island's northeast, archaeologists discovered the monastery.

Carbon dating of samples found in the monastery's foundation date between 534 and 656. Islam's Prophet Muhammad was born around 570 and died in 632 after conquering Mecca in present-day Saudi Arabia.

Viewed from above, the monastery on Siniyah Island's floor plan suggests early Christian worshippers prayed within a single-aisle church at the monastery. Rooms within appear to hold a baptismal font, as well as an oven for baking bread or wafers for communion rites. A nave also likely held an altar and an installation for communion wine.

Next to the monastery sits a second building with four rooms, likely around a courtyard — possibly the home of an abbot or even a bishop in the early church.

On Thursday, the site saw a visit from Noura bint Mohammed al-Kaabi, the country's culture and youth minister, as well as Sheikh Majid bin Saud Al Mualla, the chairman of the Umm al-Quwain's Tourism and Archaeology Department and a son of the emirate's ruler.

The island remains part of the ruling family's holdings, protecting the land for years to allow the historical sites to be found as much of the UAE has rapidly developed.

The UAE's Culture Ministry has sponsored the dig in part, which continues at the site. Just hundreds of meters (yards) away from the church, a collection of buildings that archaeologists believe belongs to a pre-Islamic village sit.

Elsewhere on the island, piles of tossed-aside clams from pearl hunting make for massive, industrial-sized hills. Nearby also sits a village that the British blew up in 1820 before the region became part of what was known as the Trucial States, the precursor of the UAE. That village's destruction brought about the creation of the modern-day settlement of Umm al-Quwain on the mainland.

In the early 1990s, archaeologists discovered the first Christian monastery in the UAE, on Sir Bani Yas Island, today a nature preserve and site of luxury hotels off the coast of Abu Dhabi, near the Saudi border. It similarly dates back to the same period as the new find in Umm al-Quwain.

Today, the area near the marshland is more known for the low-cost liquor store at the emirate’s Barracuda Beach Resort. In recent months, authorities have demolished a hulking, Soviet-era cargo plane linked to a Russian gunrunner known as the “Merchant of Death” as it builds a bridge to Siniyah Island for a $675 million real estate development.

Power said that development spurred the archaeological work that discovered the monastery. That site and others will be fenced off and protected, he said, though it remains unclear what other secrets of the past remain hidden just under a thin layer of sand on the island.

“It’s a really fascinating discovery because in some ways it’s hidden history — it’s not something that’s widely known,” Power said.