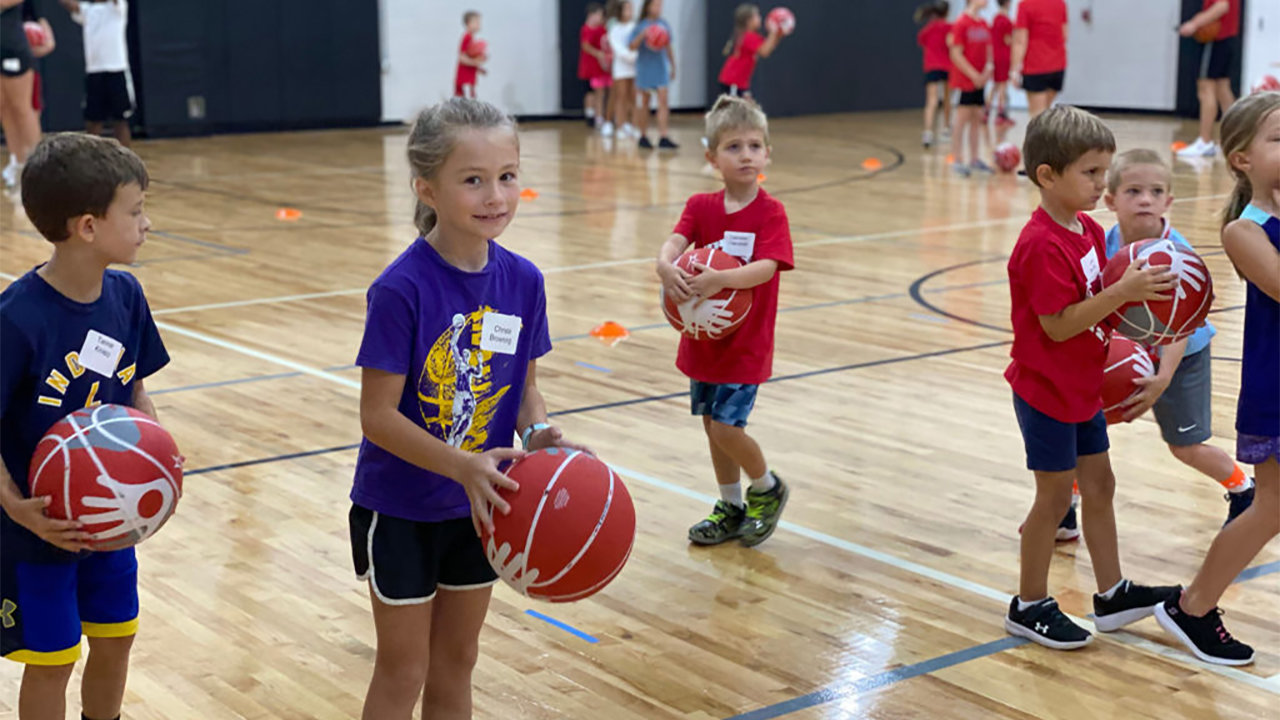 ALPHARETTA, Ga. (BP) – There were no 4-on-4 full-court scrimmages, no defensive rebounds and no passes of any kind, but First Baptist Church of Alpharetta still held summer basketball camp and is preparing for winter leagues.

For First Baptist Alpharetta’s Director of Upward Sports Alan Royalty and his coaching team, holding sports camp in the middle of the global COVID-19 pandemic boiled down to a matter of faithfulness.

“We thought that we could build in some health and safety guidelines in the basketball camp, and we could offer it in a way that we felt like was going to be safe and was going to be healthy,” Royalty said. “We really just felt like we needed to stay faithful.”

Royalty recorded 12 decisions for Christ among 61 children who enrolled in the two weeklong camps for kindergarteners through eighth graders. Camps were held for boys and girls July 27-30 and Aug. 3-6 in the church gym. Camps previously scheduled for spring and early summer were canceled because of the pandemic.

Among other precautions taken at the camp, each child was given his or her own individual basketball, and drills were modified to ensure basketballs were not transferred among children. Each player rebounded their own basketball, no parents were allowed in the gym, groups were kept small, children were socially distanced when seated for twice-daily devotions and prayers, and all coaches and workers wore face coverings.

Precautions will be modified and expanded for winter league basketball games that Royalty said drew about 28 teams last winter. Practices begin Nov. 9 with the first games scheduled for Nov. 20, according to the church’s website. Among precautions for the leagues, which will include competitive games, each team will be limited to eight players, there will be no bleachers in the gym, parents will be seated six feet apart in individual chairs, pregame introductions will be modified, and parental admission at weeknight practices will be limited to one parent per child.

“I think you just have to think outside the box about how to do basketball during the pandemic, because it is difficult,” Royalty said. “You have to be creative. … I’m grateful for those churches that have stepped back out there in faith.”

The plan of salvation was offered the last day of each summer camp. The church followed up with all children who made decisions for Christ, and the children will receive Bibles donated by a local Fellowship of Christian Athletes group.

Leagues draw participants from among the church membership, the community and other churches, Royalty said.

“Upward is a real good outreach for a church,” he said. “You may get some families who aren’t active in a church anywhere to bring their kids to a basketball league at your church, where that particular family might not be interested in walking in the front door of your church for the Bible study or worship at this point in time, but it might be comfortable walking in the back door of the church gym to bring their child to a highly organized basketball league.

“For our church, I think it’s just another way that we have an opportunity to share Christ with the community.”