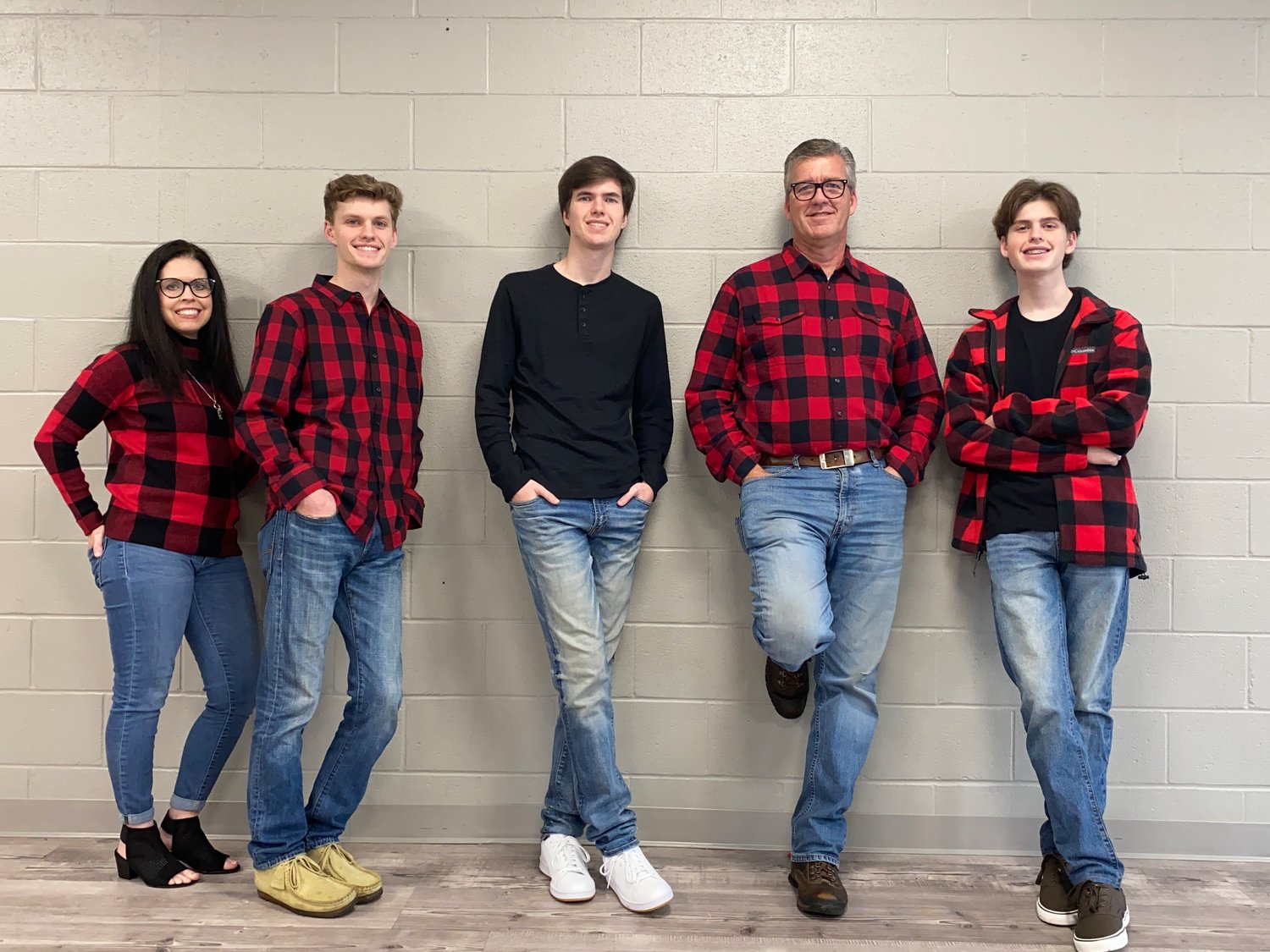 Family photo of the McDaniel clan. From left are Diane, Brock, Bo, Tim, and Brennan. 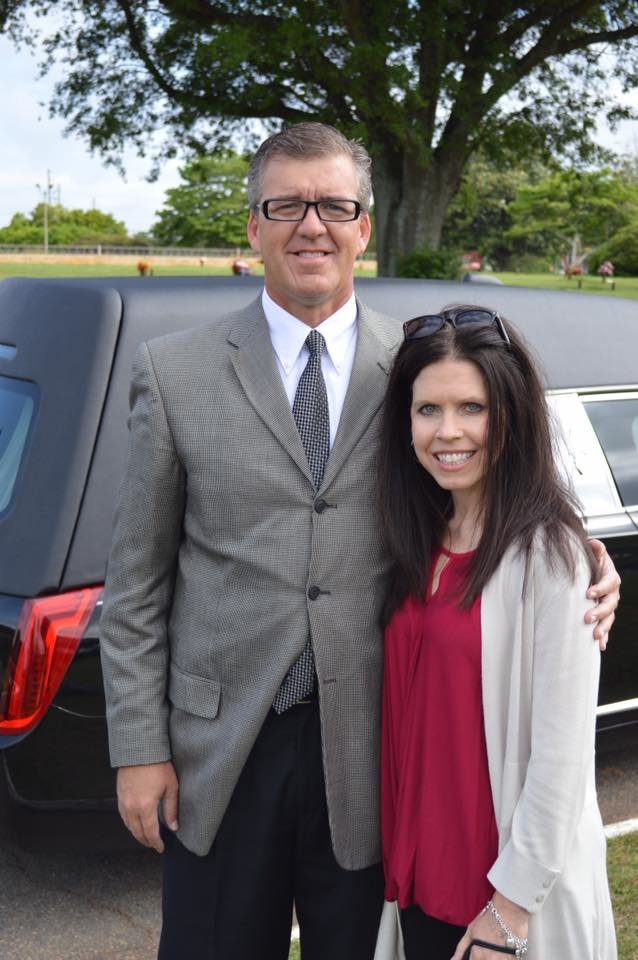 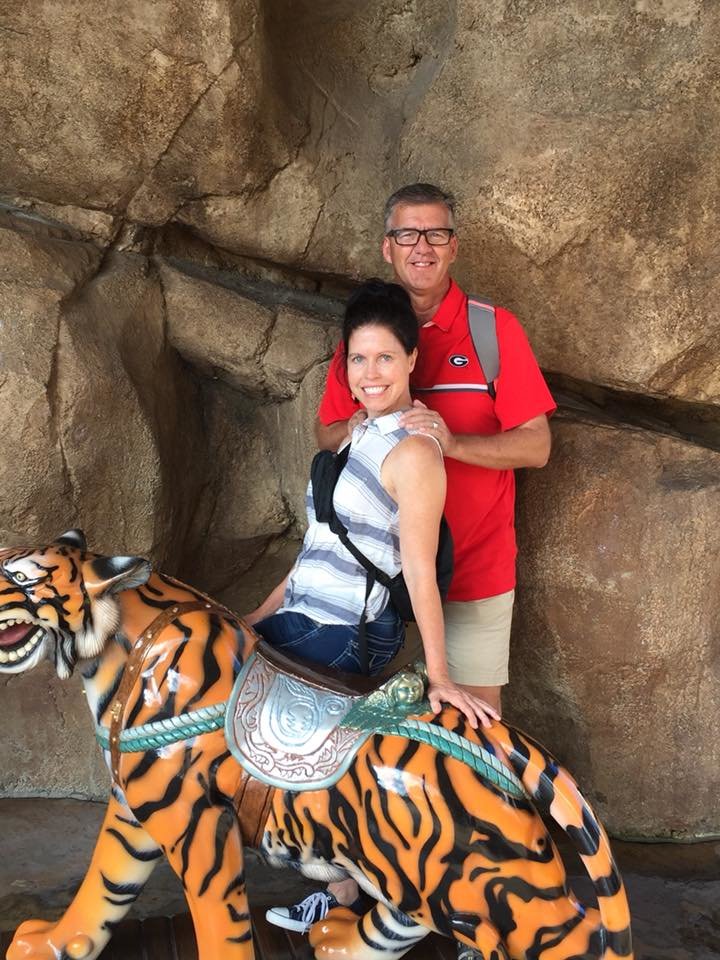 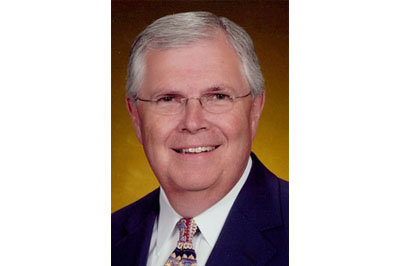 MARIETTA, Ga. – As a pastor for over 40 years I encountered several people who were suffering from bipolar disorder. My heart went out to them because I could tell that they were in a merciless struggle for survival. They seemed to live at the mercy of their impulses. They were easily agitated and irritable. Their minds catastrophized everything that went slightly awry. I discovered that people who are beleaguered with bipolar have major manic and depressive episodes that are frighteningly alarming, and the whispering voice inside often insists that the only way of escape is suicide.

When I was pastor of Eastside Baptist Church in Marietta one of our most beloved staff members was Tim McDaniel, a young, caring, effective part of our team who was responsible for our church recreational program. He was dating a delightful and effervescent young woman named Diane.

Diane was (and still is) a pretty, perky, and personable young woman, but underneath what appeared to be happy exterior she was dealing with a childhood scarred by a dysfunctional family and an abusive father.

Diane had come from Texas with Eastside’s student minister and his wife, who had essentially adopted her, because her home situation during her childhood and early teenage years was far from ideal. She called her new family “my Jesus family.” She explained, “I am overwhelmed at the intricate plan God was weaving in my life. I didn’t see it then, but God was beginning my restoration through this wonderful family.”

With the guidance and support provided by her “Jesus family,” Diane had earned a degree in psychology, Bible, and a master’s in professional counseling; and seemed to be the perfect mate for one of Eastside’s most eligible bachelors.

Today the McDaniels have three grown sons, but life has not been easy for Diane. She has battled through some of life’s most formidable challenges including mental illness, suicide attempts, six inpatient hospitalizations, two residential treatment stays, diagnoses of premenstrual dysphoric disorder, post-traumatic stress disorder, and bipolar disorder requiring a multiplicity of treatments and interventions; and she has lived to tell about it. In fact, her story is so compelling that it is probably worthy of a Kendricks Brothers movie.

I resigned Eastside Baptist Church in 2003 to become the editor of The Christian Index knowing nothing of the trials and tribulations the McDaniels were experiencing. Tim and Diane have now been married for 27 years. I saw them recently at a birthday celebration. Tim was as personable and gracious as ever. Diane appeared to be at peace with herself and glowed with apparent joy.

However, Diane has admitted, “Without our faith in God, our relationship would have crumbled years ago under all the life stressors. There are days I stand in awe of how God has kept us together. Marriage is hard work, then add a bipolar mate to the equation and the challenge is multiplied.”

The McDaniel’s sons, Brock (23), Bo (22) and Brennan (18), are extraordinarily fine Christian young men. Diane described Brock’s birth as a “nightmare delivery which caused physical injury to her body and emotional trauma to her mind.” In the months following his birth Diane was “mentally exhausted and sleep deprived.”

After giving birth to three sons and experiencing the excessive demands of motherhood Diane’s emotional status was fragile and her physician scheduled her for an emergency appointment with a psychiatrist. She thought, “I was mortified. Only crazy people see a psychiatrist. It was official. I had completely lost my sanity.”

Sixteen months after her third son, Brennan, was born, Diane was diagnosed as having Bipolar I Disorder – the state in which manic energy collides with depressed thoughts. In her journals she refers to her illness as “the beast.”

Diane journaled, “The beast is relentless. Lies racing through my thoughts seemed like truths. I was convinced that mood stability was a thing of the past. I hated myself and what the bipolar was doing to me. How could God use me when my thoughts took me to such dark places causing me to believe that taking my life was the answer? I resolved that my boys would be better off without me. The idea of them growing up with a ‘crazy’ mama, as well as feeling like a burden to my husband, Tim, to my family, and to my friends was more than I could bear.”

It so happened that Diane was diagnosed with bipolar disorder the same day that a church member was diagnosed with leukemia. His family announced to the church their need for prayer and the church appropriately responded by praying for the cancer patient and by providing meals for the family. Diane explained, “I was encouraged not to go public with my diagnosis. My family suffered in silence because of the stigma in the church regarding mental illness. Bipolar is a no casserole illness.”

There is a message for the church in all of this. If you think Christians should not get mentally ill, remember that we live in a broken world with decaying bodies, trapped wills and disturbed minds. Our churches should be places where the mentally ill are welcome and where they can find and receive support. Churches should be places of refuge and healing where hope, peace, support, and restoration may be found.

Diane McDaniel has written her pilgrimage with bipolar disorder into a book, Journals from a Broken Mind, in which she shares her life story in an honest, unvarnished, powerful, and articulate manner.

Her mental illness is not cured, but she boldly declares, “As far as I was concerned, I was eternally broken. I couldn’t be put back together again. I am grateful that God broke through my shattered life and rescued and restored my mind. Life is fragile. I understand that any setback or fall is capable of bringing me back to a broken place, but I also trust that He is capable of rescuing and restoring me time and again.”

Tim McDaniel, now pastor to senior adults, has been on staff at Eastside for 35 years, and he and Diane have kept their marriage intact for almost three decades. Life has not been easy for either of them, but they are examples of resilience, faith, determination, and endurance. Diane’s story is not only captivating, but inspiring, because she recognizes the sovereignty and sufficiency of God even in the darkest valleys of despair.