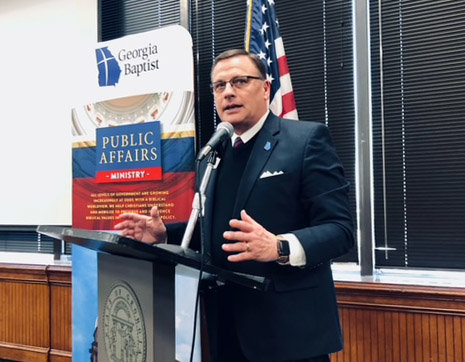 For more than eight years the Georgia General Assembly has been dealing with the issue of expanding gambling in Georgia. Every year the proposed legislation has failed to pass out of the House and the Senate.

This year, it is once again being discussed at the Capitol. I expect to hear a familiar argument, “Just let the people decide.” However, the people in one way have already “decided.”

We are also hearing that there will be an attempt to go through the Georgia Lottery to legalize sports gambling. This means legislation would only be required to have a majority vote in both chambers, rather than a two-thirds majority with a constitutional amendment.

When the people voted for their legislators, they were deciding on who best represented their views and how those views would be applied at the state Capitol. Citizens have a level of trust in the Georgia General Assembly that their legislators would not allow a constitutional ballot initiative to be brought before the people or pass any bills if it is something that could harm the state.

We are asking each Georgia Baptist church to observe Gambling Awareness Sunday on February the 5th or any Sunday in the month, so that our congregations can be informed on the detriment of gambling expansion in our state.

We are providing resources such as a video, sermon notes, a Bible Study, gambling stats and a bulletin insert. Here is the link to those resources: https://gabaptist.org/gambling-awareness-sunday-2023

The facts are clear that gambling expansion, through devices such as sports betting, horse racing and casinos would cause an uptick in addictions, bankruptcies, lost jobs, crime, children at risk, sex trafficking, suicide, and personal and government economic issues.

The real, devastating facts about gambling expansion will be overridden with placebos on how much it's going to benefit the state overall. This is why it is important that we get the Biblical and social facts out to our congregations now! See our recent GBC Sports Gambling Resolution: https://gabaptist.egnyte.com/dl/Sfht4ZjKBV

Also, please be aware that I am available to come and speak to your church on these ethical issues.