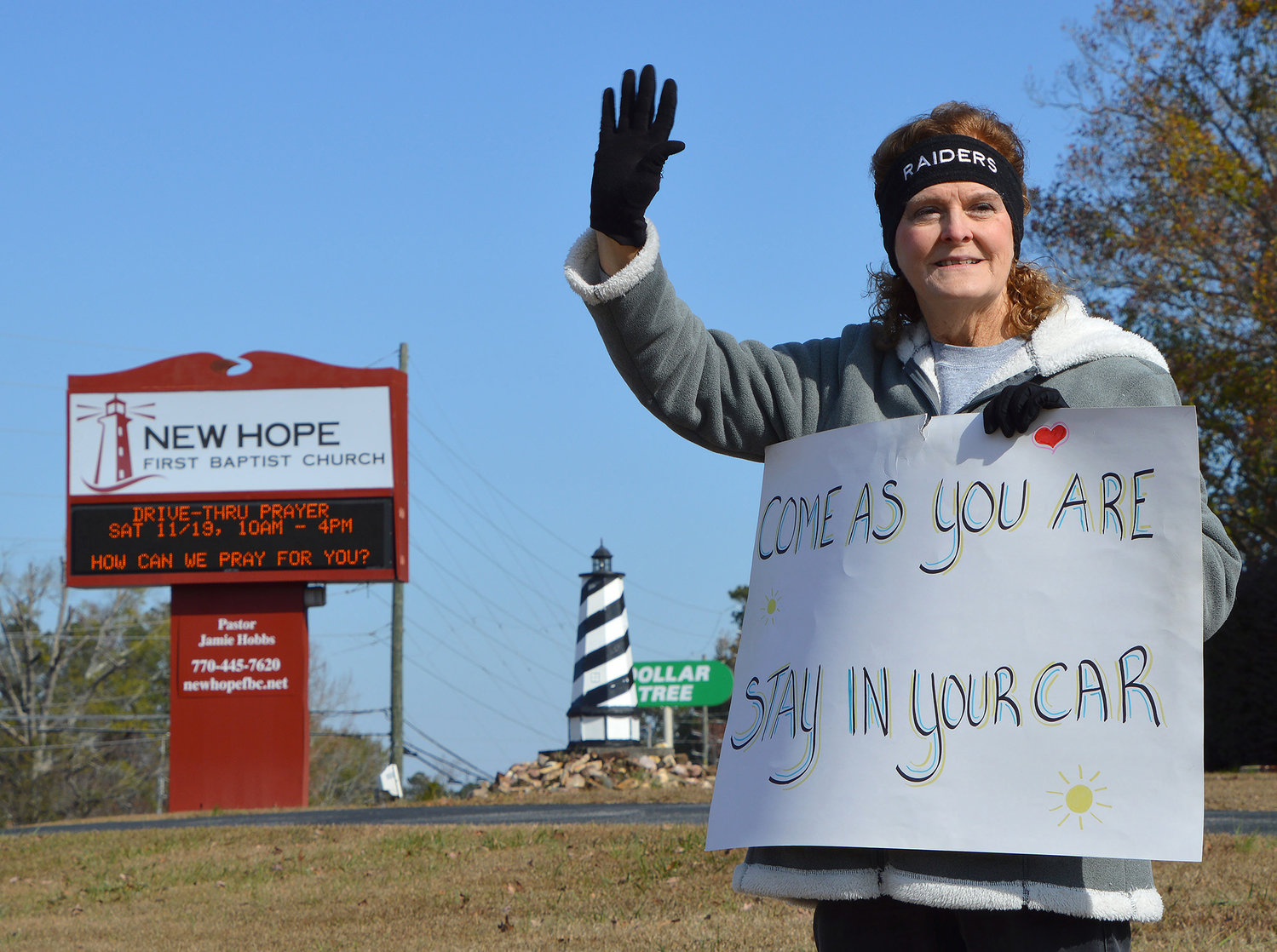 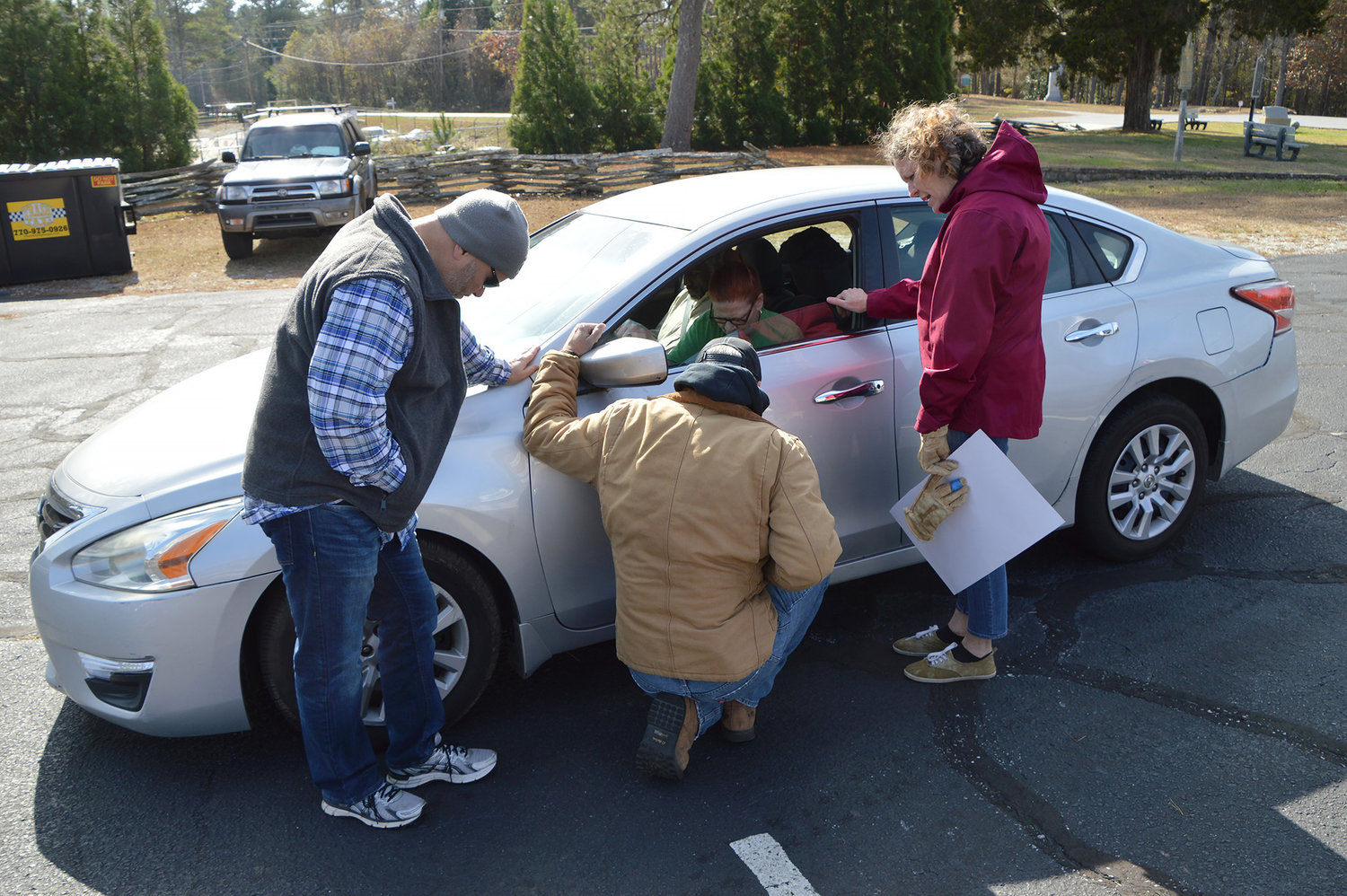 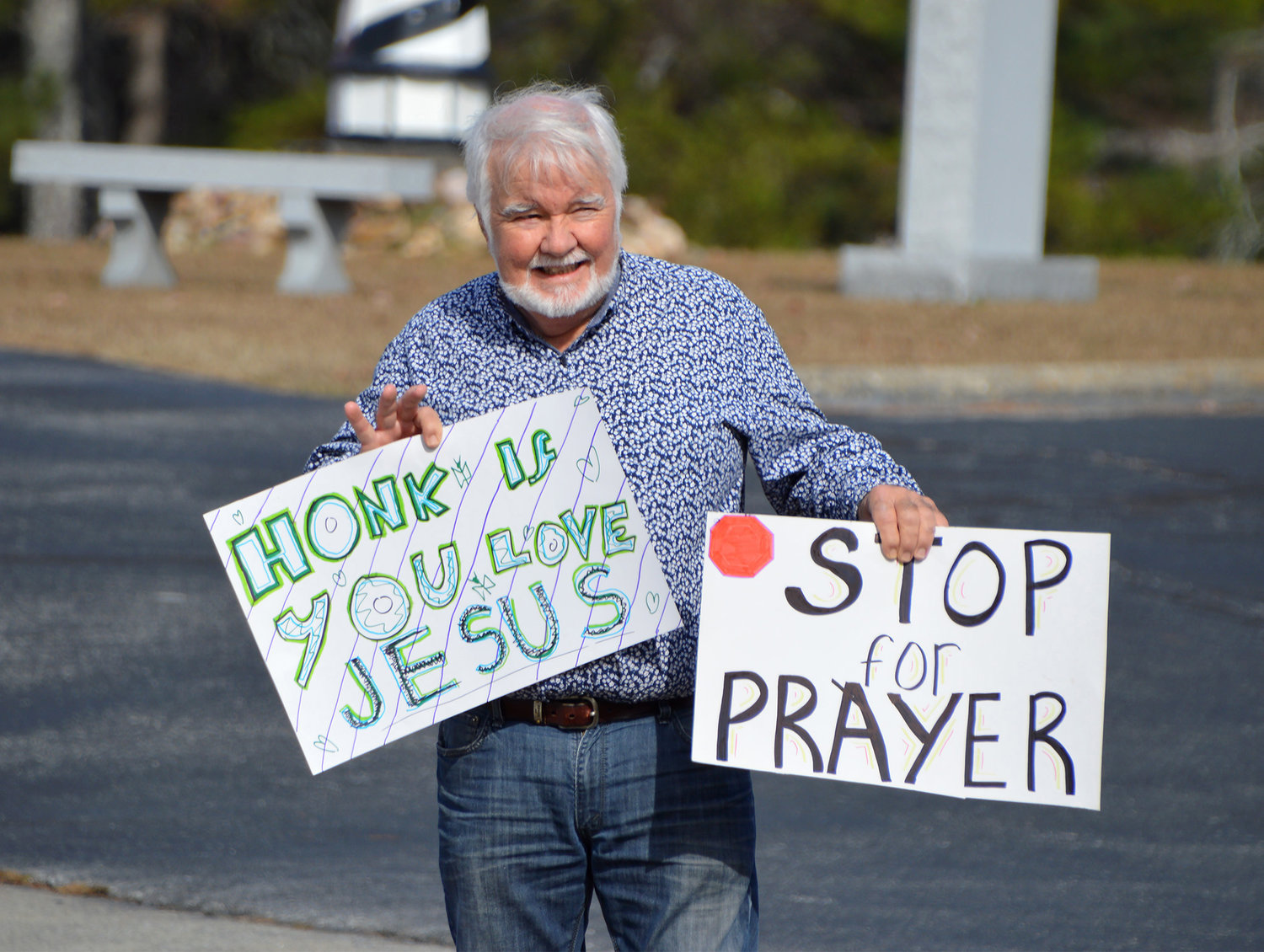 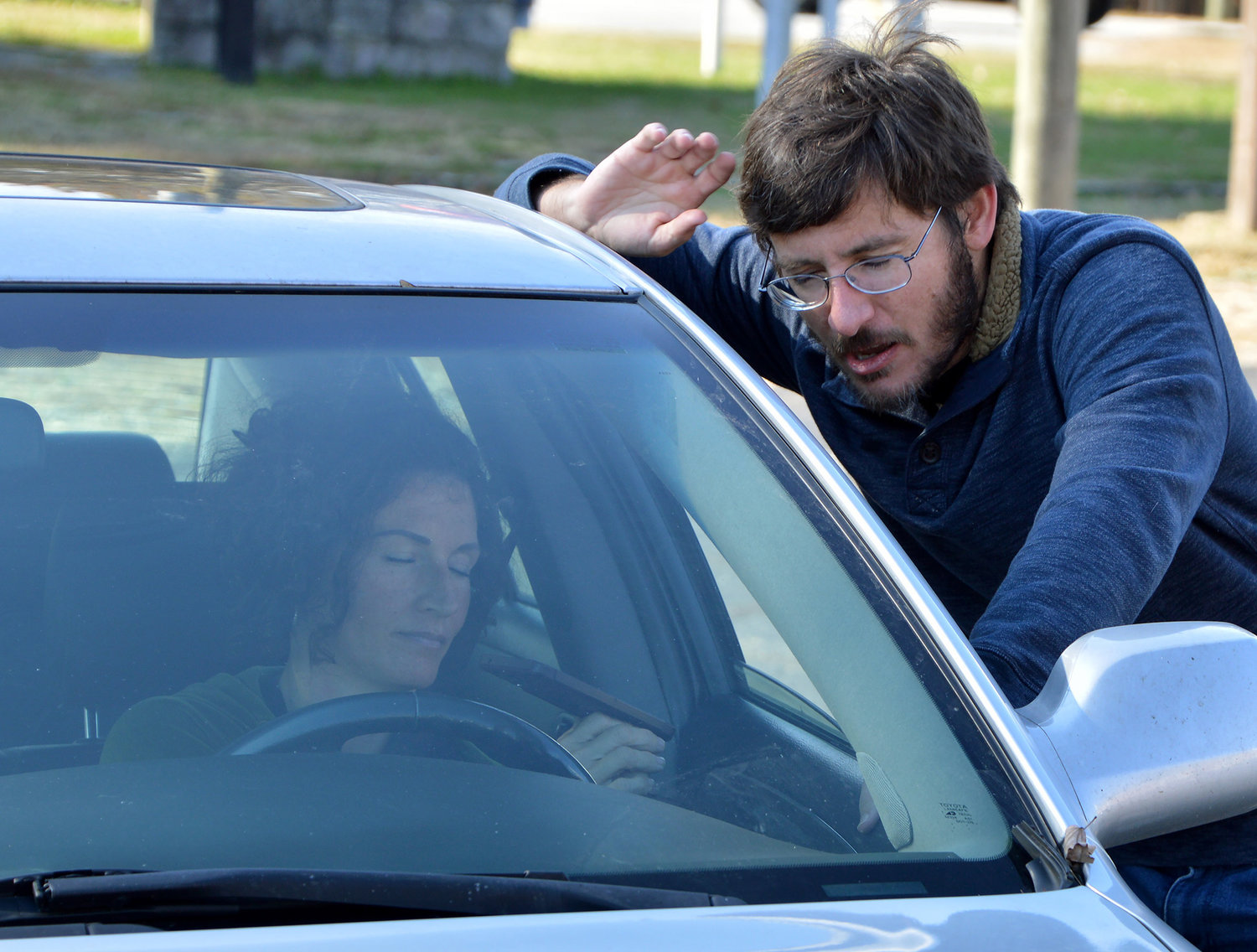 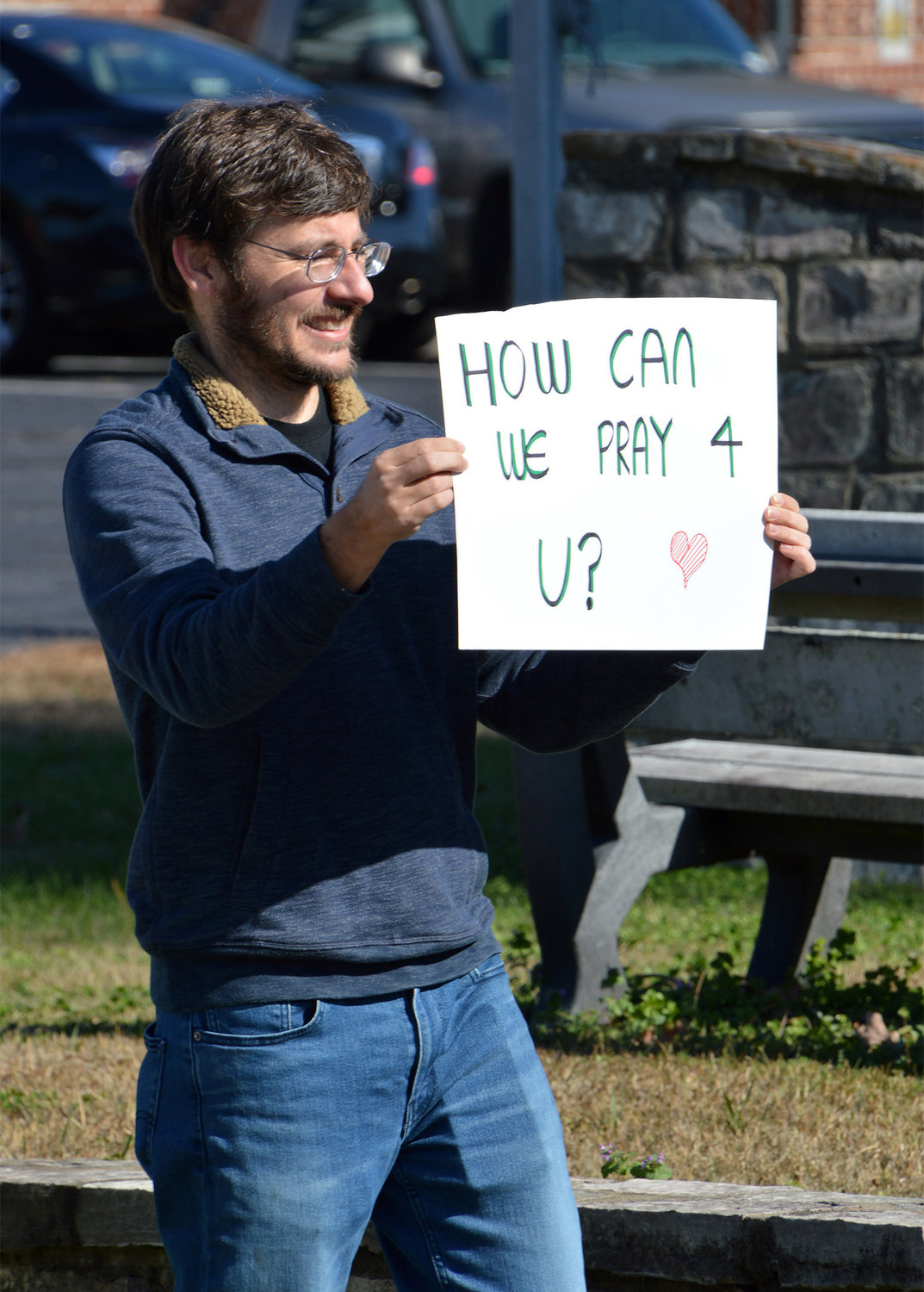 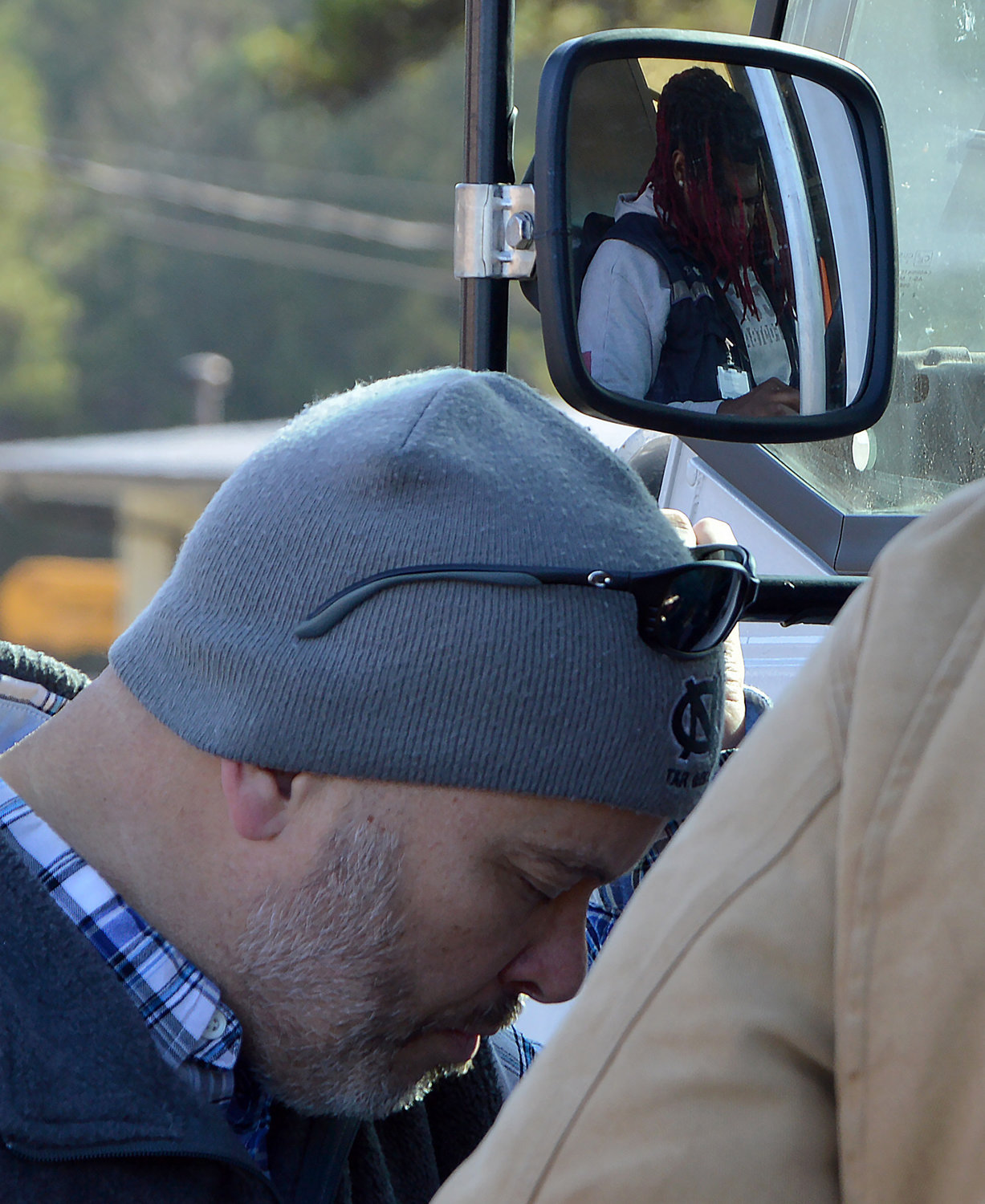 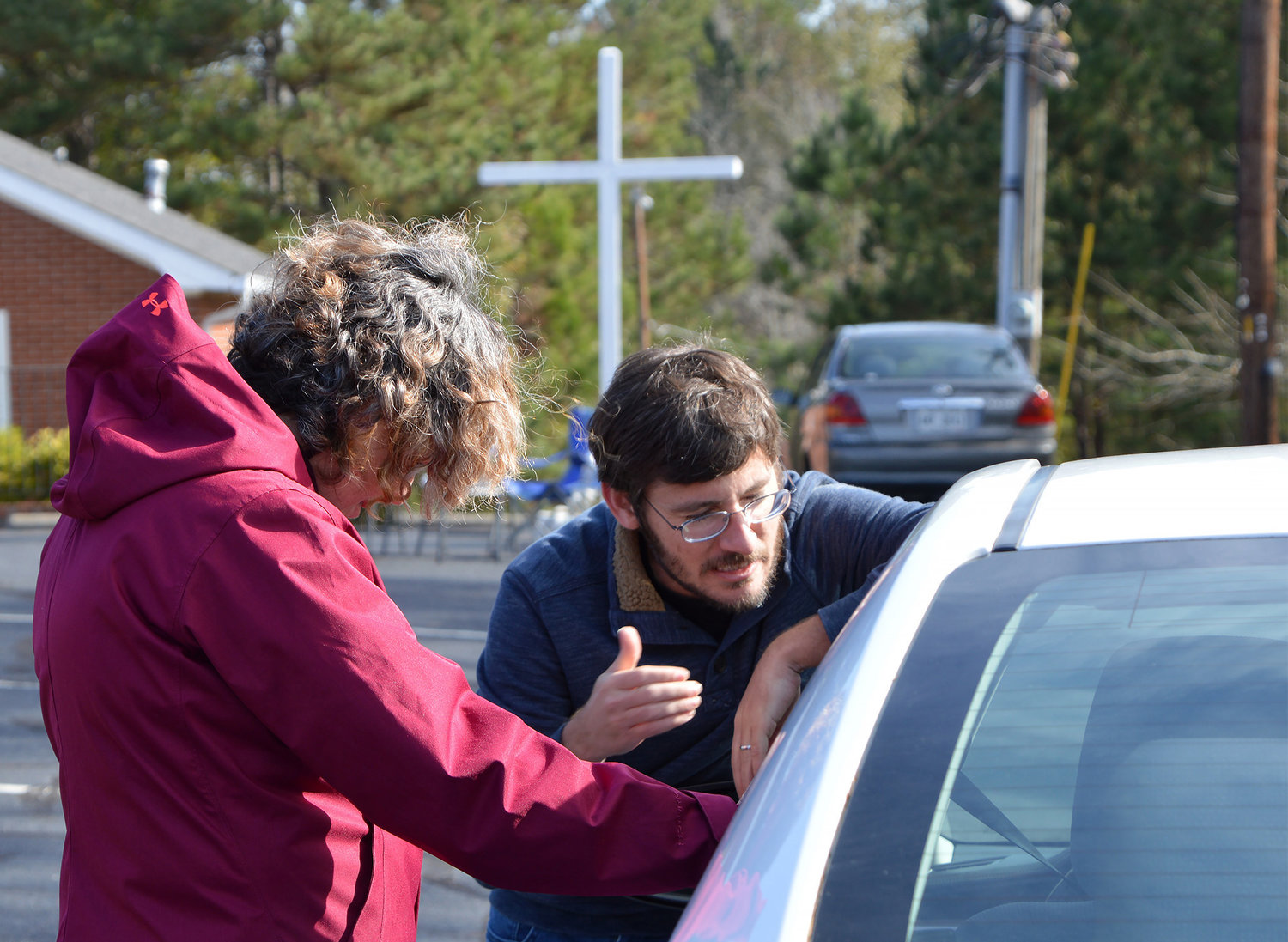 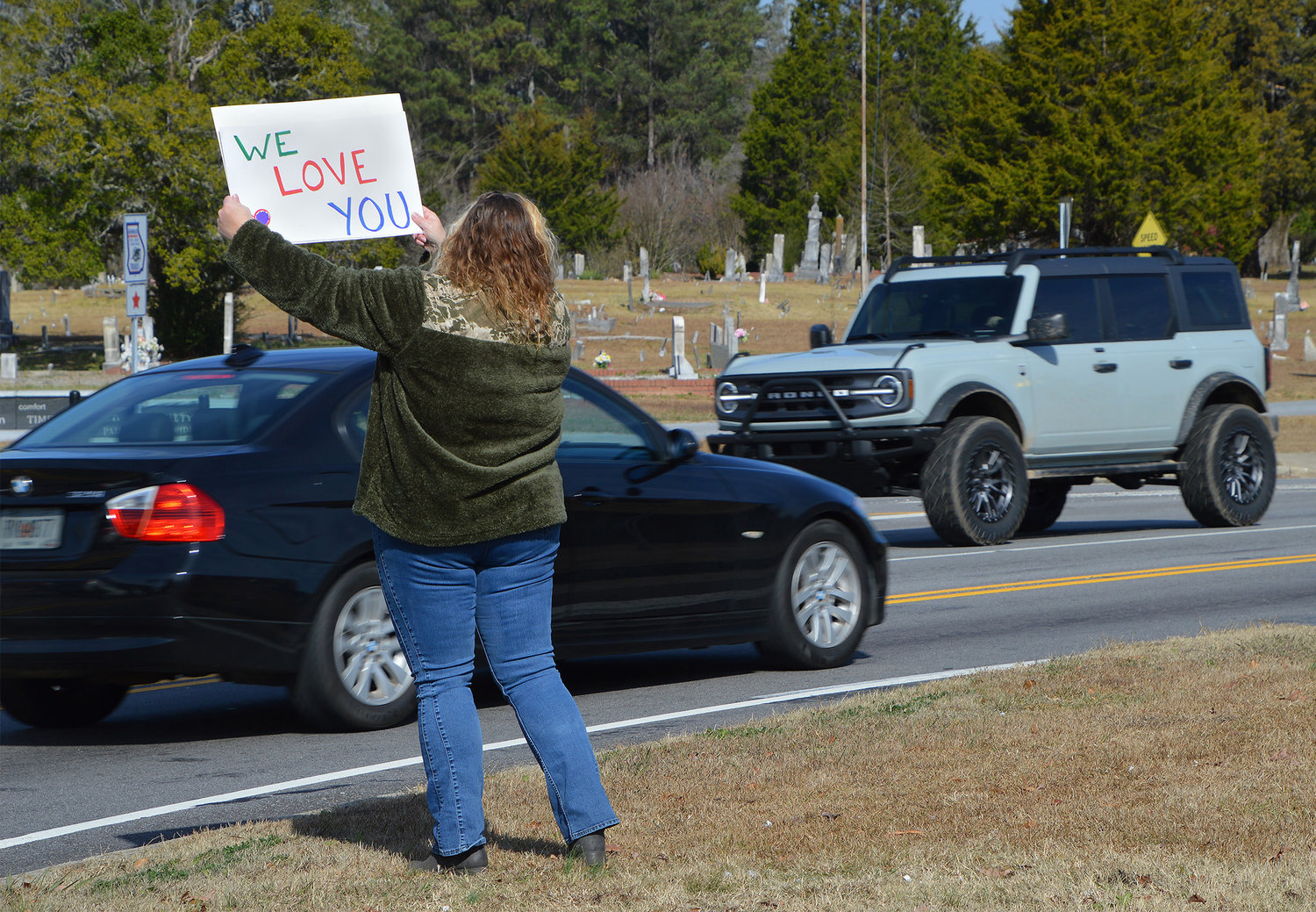 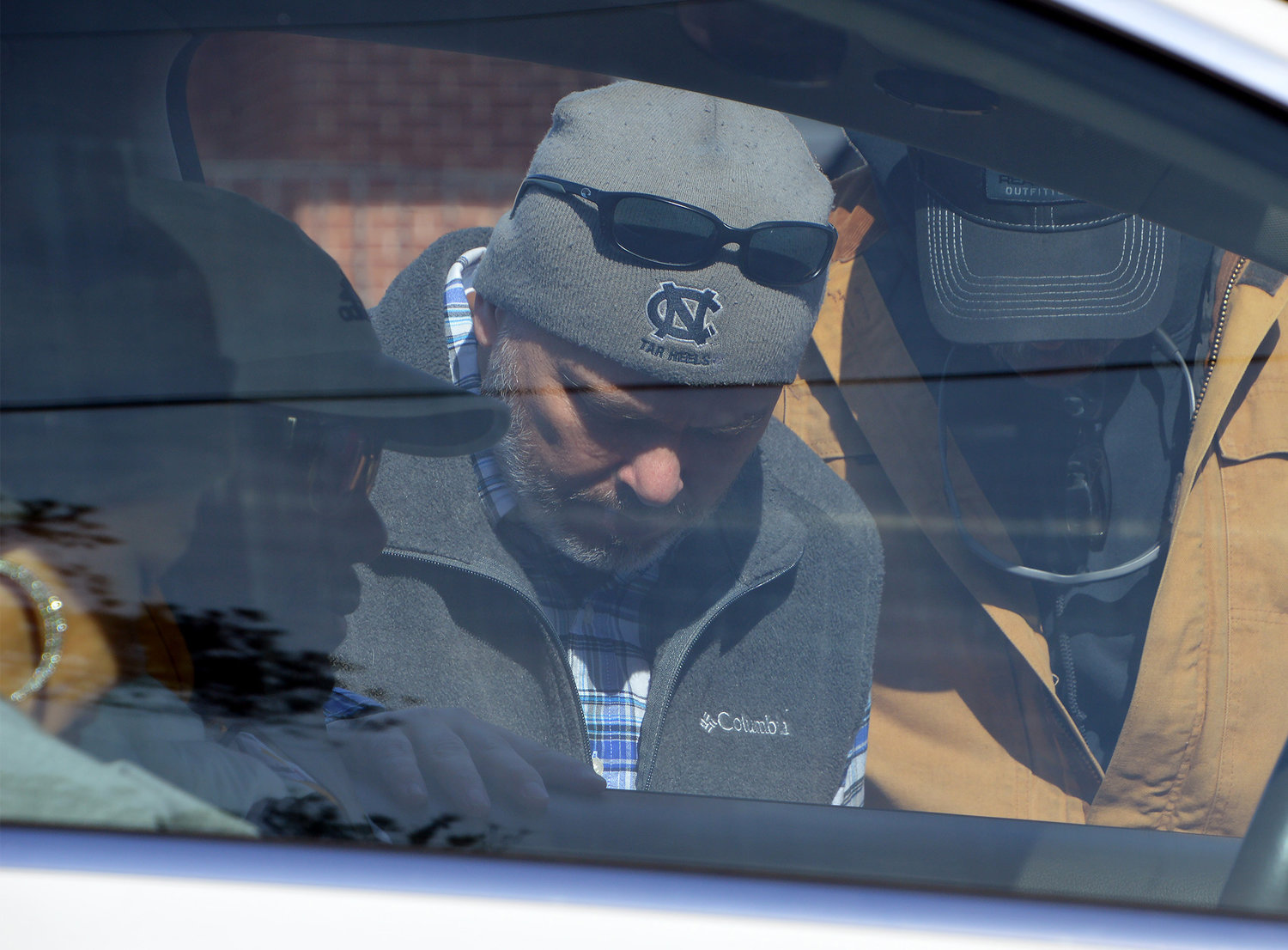 Robert Endicott, center, and Robby Hall pray for Jarrell Brown and his wife Precious after they pulled into New Hope First Baptist Church on Saturday, Nov. 19, 2022, in Dallas, Ga. Brown said they could have driven in any direction, but “God led us this way.” (Index/Henry Durand) 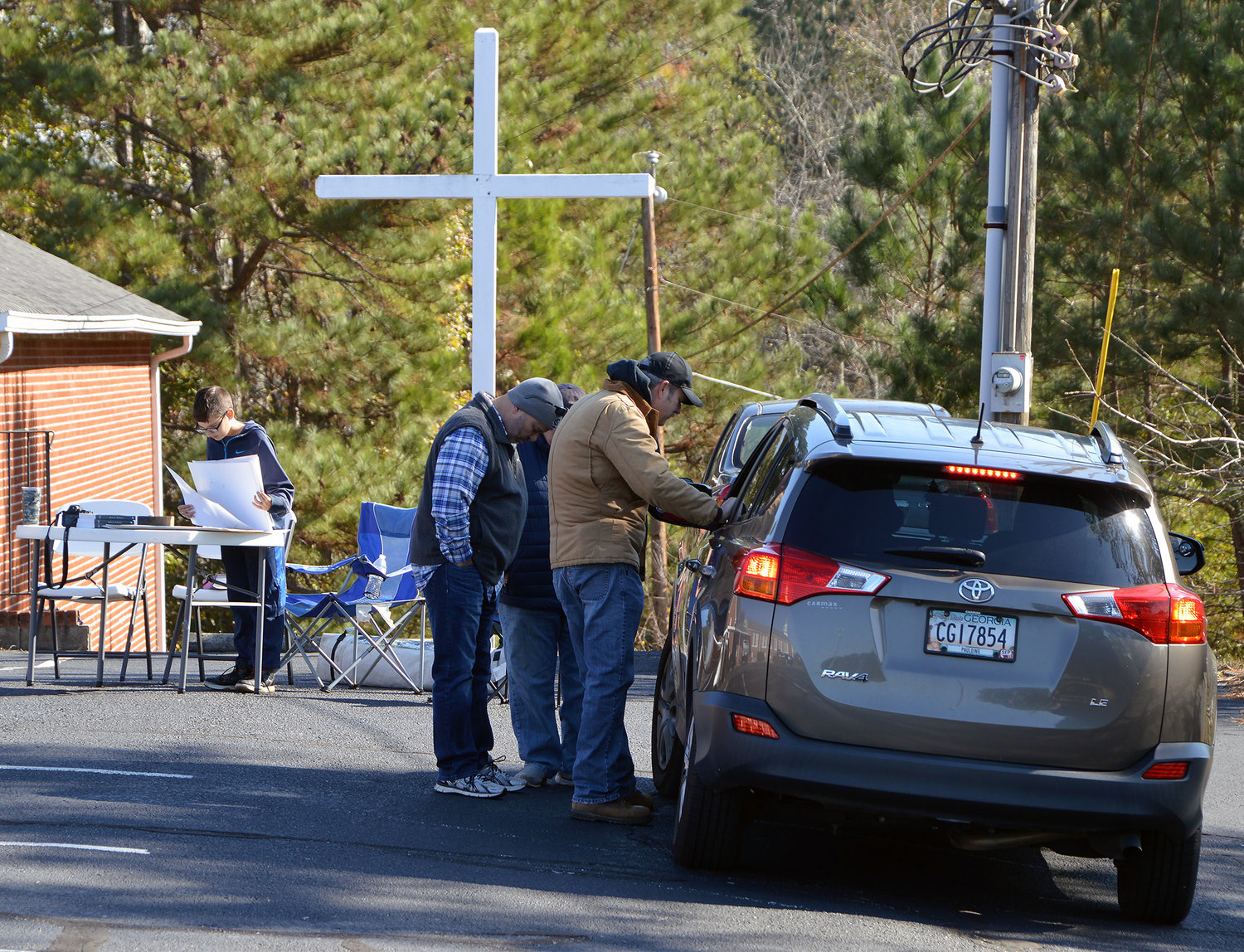 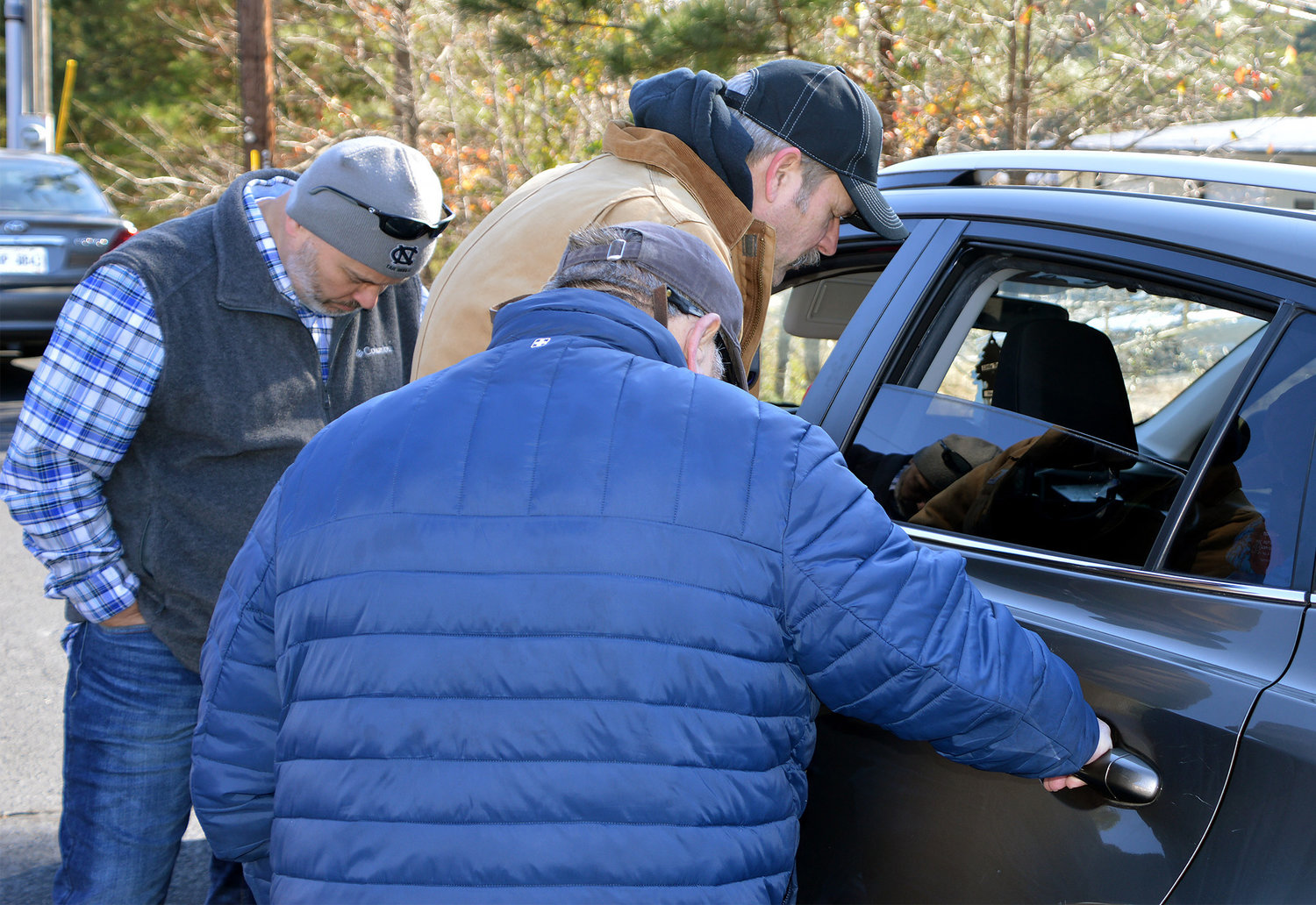 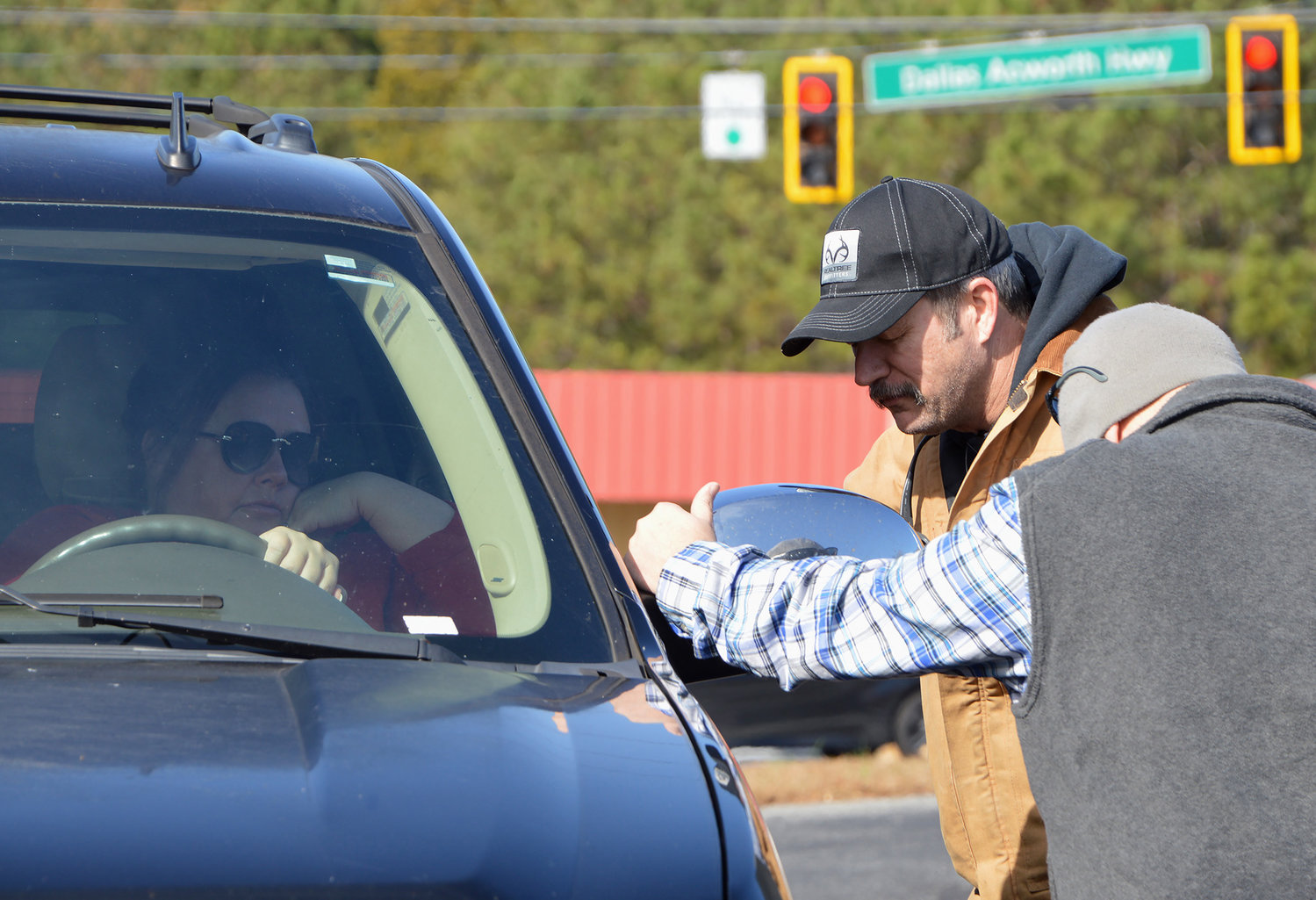 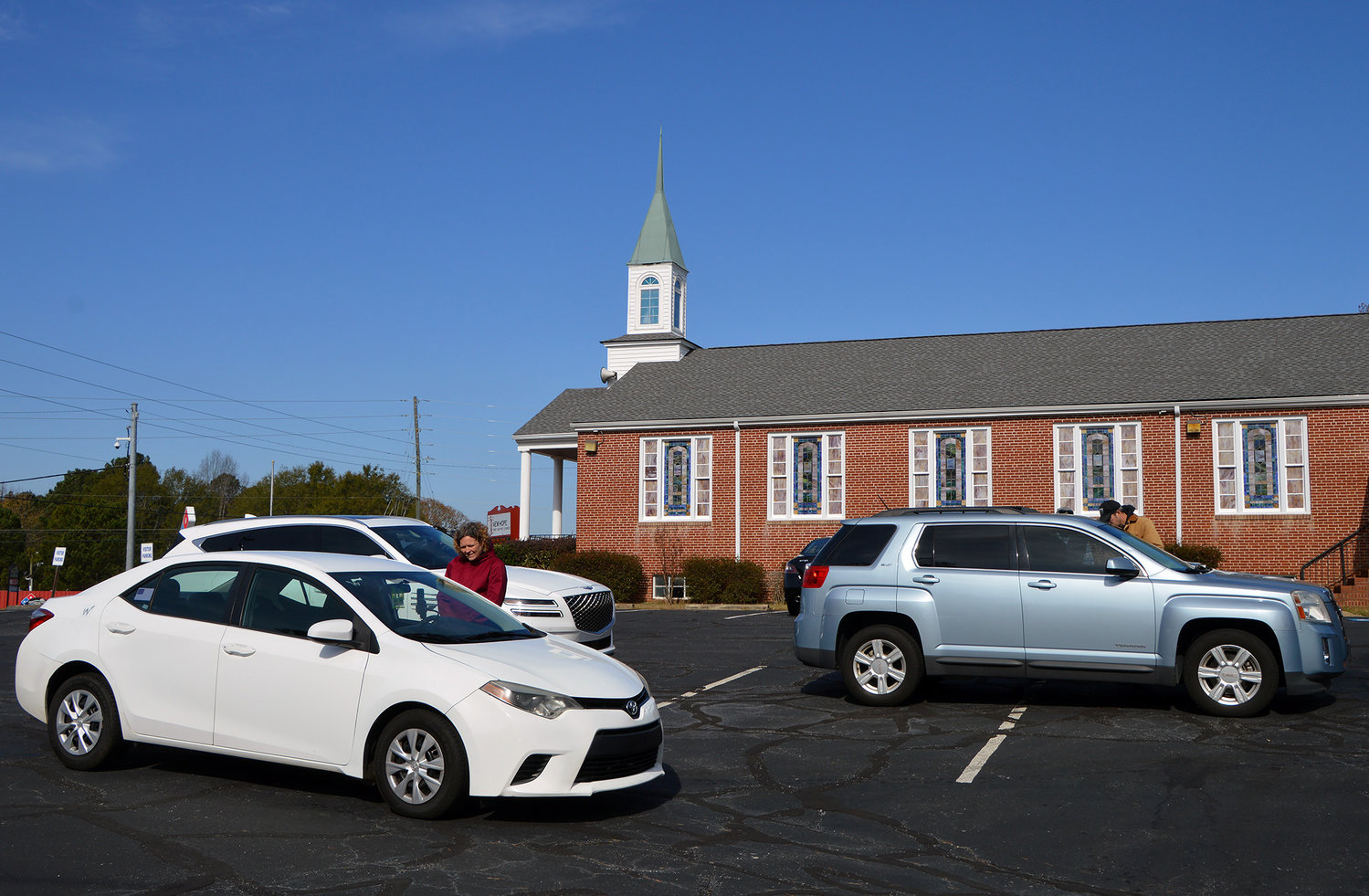 Shultz explained that he was in a hurry but asked God to put it on his heart if he should stop for prayer, and he believes God responded.

New Hope Pastor Jamie Hobbs said he heard similar stories from a lot of people that stopped and asked for prayer after seeing the signs in front of the church. According to Hobbs, this is the third time the church has held a drive-thru prayer event since the first one just before Easter of this year. The events have been so successful the church plans to hold them quarterly going forward.

Church member Amanda Brooks calls the ministry effort the “best idea” the church has had in years. The church’s strategic location at a busy Dallas intersection means many drivers see the eager volunteers waving and holding signs. “We’ll pray for people even when they don’t pull in. We’ll do it if they ask us to pray while stopped at a red light, or even if they just honk as they drive past,” Brooks explained.

Friendly faces and warm smiles greeted drivers that pulled into the church parking lot on a chilly autumn morning before being asked what they needed prayer for.

In addition to prayer, everyone that stops and doesn‘t have a church home also receives an invitation card. On Sunday after the event, Hobbs said the church had two visitors as a direct result of the drive-thru prayer. “We've also seen an increase in our members getting involved in missions, since they can see firsthand the impact we're making on the community,” he added.

The drivers that pulled in were just as enthusiastic about the event as the volunteers. Terrone Prescod drove up in his delivery vehicle because he felt compelled. “I’m going through something right now,” and God put this in my way like a signal," he said.

When Prescod said he didn’t have a Bible, prayer warrior Robby Hall gave him one to take with him.

Jarrell and Precious Brown also took advantage of the offer of prayer, and Brown said the couple could have gone in any direction that morning, but that “God led us this way.”

That's exactly the response that encourages Hobbs to continue this ministry, which benefits the community and also inspires the church.