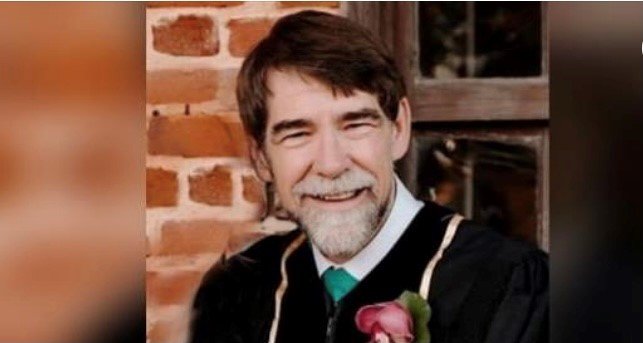 David Self served 22 years as associational missionary in the Washington Baptist Association.

MILLEDGEVILLE, Ga. – Tributes are continuing to pour in for David Self, the Georgia associational missionary who died Saturday after a lengthy battle with COVID-19.

Self, 63, a native of Macon, had led the Washington Baptist Association for the past 22 years.

“David was an extreme example of the phrase, preach the gospel and, if necessary, use words,” said longtime friend Dwight Duhon.

Others remembered him as “a shining light,” “a true Christian warrior” and “loyal friend.”

“Brother David was an awesome pastor, loyal friend, and a true warrior for Jesus,” said Becky Koch, one of the many who Self baptized during his years in ministry. “He cared about others even when most would have turned their backs. He went where he was needed and shared the love of Jesus. He was a loving person and a kind soul.”

Judy Sanders, who had known Self for years, said he was “God’s man, a true Christian warrior.”

Jim Cobban, who attended seminary with Self, said “David was one of the best men I’ve ever known. A kind, funny and generous person.”

Susan Roberts, another of Self’s friends, said he will be missed by everyone who knew him.

“What a true blessing and example he was as one of God’s chosen servants,” she said. “Many souls came to know our Lord and Savior, Jesus Christ through having known David Self.”

Johnny Burel said Self introduced him to Christ.

“David taught me so much,” Burel said. “He taught me to play chess and Risk. He was my first karate teacher. He taught me good morals and character. But most importantly he taught me about Jesus Christ. He led me to Christ.”

He is survived by his wife, Kathy Self of Milledegville; daughter, Kelly Carter of Marietta; and son Jonathan David Self of Warner Robins.