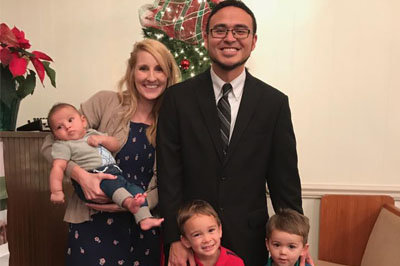 A Mississippi native, Courtney graduated from Mississippi College and served as assistant editor of the Baptist Record in 1948 before marrying Reverend Rutledge E. Courtney. In 1955, she and her husband moved to Thomas County, where they served together at Meigs Baptist Church (1955-61), Dawson Street Baptist Church (1961-82), and Salem Baptist Church (1982-89). During that time Mrs. Courtney also served as a teacher in the Thomas County School System for 21 years. In their retirement years before her husband's death, the couple ministered at various churches on an interim basis.

Survivors include a daughter, Becky Rainey, of Albany; sons John and Mark, both of Thomasville; six grandchildren; and 11 great-grandchildren. Memorial donations can be made to the Georgia Baptist Children's Home at P.O. Box 329, Palmetto, GA 30268. 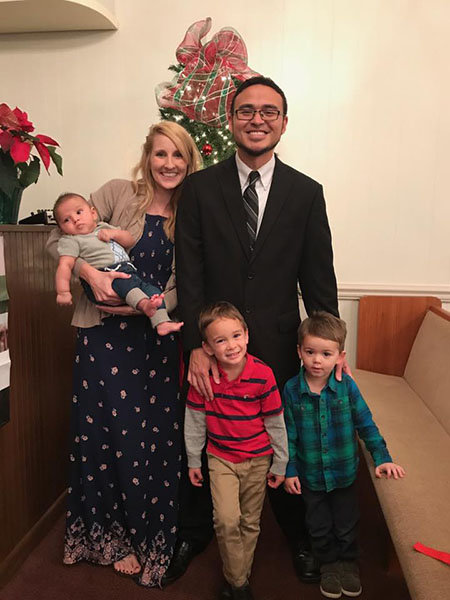 Chad and Megan Hendley stand with their sons, left to right, Boyce, Phinehas, and Hudson. Chad Hendley began as pastor of Cottondale Baptist Church in Eastman on Dec. 11. COTTONDALE BAPTIST/Special

Hendley, who grew up in Lakeland, received a Bachelor of Science in Mechanical Engineering from Georgia Tech before pursuing and earning a Master of Divinity from Southern Baptist Theological Seminary. Previously, he served three years as student pastor at Journey Church in Tifton as well as a three-year pastoral internship at Lakeview Baptist Church in Auburn, AL. His wife Megan and sons Phinehas, Hudson, and Boyce join him at Cottondale.

Hendley began his ministry at Cottondale on Dec. 11.