I do not play golf. Oh, I have played occasionally in the past, but my game was so erratic and discouraging that it was really not much fun. I enjoyed the company of those with whom I played, but as for the game itself, it had a negative affect on me. I have far more fun working than playing golf.

Since I don’t like being a failure I often got depressed over my game and generally felt worse after sliced drives, flawed chips, and errant putts than I did before I played. There were even times when frustration turned to total disgust and I had to resist the temptation to throw my clubs into the lakes that bordered the fairways.

Then the day that I came to the realization that golf was “flog” spelled backwards I became painfully aware that I was a flogger and not a golfer. Who wants to be a flogger? Not me!

There was a time when I read golf magazines to garner tips on how to successfully play the game, but it didn’t take long for me to realize that becoming an accomplished golfer was beyond my reach. The day I came to that realization was the day I read Ben Hogan’s comments on how to play the game.

Hogan, considered one of the greatest players in the history of the game, stated, “Reverse every natural instinct and do the opposite of what you are inclined to do and you will probably come very close to having a perfect golf swing."

That is why I am deeply concerned that we are living in a day of crisis and complacency. Throughout the history of our nation crises were met with resolve, passion, and action. During the 1760s, American colonists were not satisfied by the fact that all taxation-related decisions were made by people living across an ocean, unaware of concerns in their colony. Colonists cried, “No taxation without representation!” Colonists sought to challenge the status quo, which led to a full-blown revolution where the colonies fought the British Empire for its own independence and to have a right to govern its own affairs.

In the mid 19th century the Northern and Southern sections of the Unites States developed along different lines. The South remained a predominantly agrarian economy while the North became more industrialized. Different social cultures and political beliefs developed. All of this led to disagreements on issues such a taxes, tariffs, and improvements as well as states rights versus federal rights. But the burning issue of the day was the debate over the future of slavery. The Dred Scott decision, the abolitionist movement, the raid on Harper’s Ferry, the election of Abraham Lincoln, and the Southern session among other things prompted Lincoln to employ decisive action and put down the Southern rebellion.

Those familiar with United States history will understand that battle cries like “Remember the Maine”, “Remember Pearl Harbor”, and “Remember 9/11” prompted decisive action, because a crisis cannot be met with complacency.

Today our crises are ignored, rationalized, or met with random reactions void of solutions. However, crisis and complacency simply do not, must not go together.

The current national presidential campaign is a perfect example of America’s reactionary and intransigent response or absolute indifference to a crisis. We have a government that is obligating its citizenry to an abysmal debt that we cannot repay, a government that is becoming weaker militarily and making all of us vulnerable to terrorists’ attacks and potential nuclear assaults from rogue nations, a government that views the sanctity of life with disdain and traditional marriage with scorn, a government that is bent on establishing an elitist class of power-brokers who seem to care little about “we the people.”

How have we responded? Hundreds of thousands of Americans who typically stay away from the voting booth on election day have voted in the presidential primaries, but have they really considered the values embraced by the candidates or have they simply been motivated by anger and outrage?

It is high time for God’s people everywhere to pray for wisdom, stand up for religious freedom, make sure you are registered to vote, find out about the candidates running for office, vote in the upcoming primary election on May 24, and become active, responsible citizens. The elections this year will determine the destiny of our state and nation for decades to come.

The same could be said of our denomination. Churches should send their messengers to St. Louis June 14-15. At least three men will be nominated for president. This particular election could determine what kind of Convention we will have for years to come.

I think we are in a crisis, maybe chaos. We must not be complacent. We must not confront crisis or chaos with complacency, but with those qualities that should motivate every Christian – faith, courage, determination, resolve, and yes, even sacrifice, if necessary. 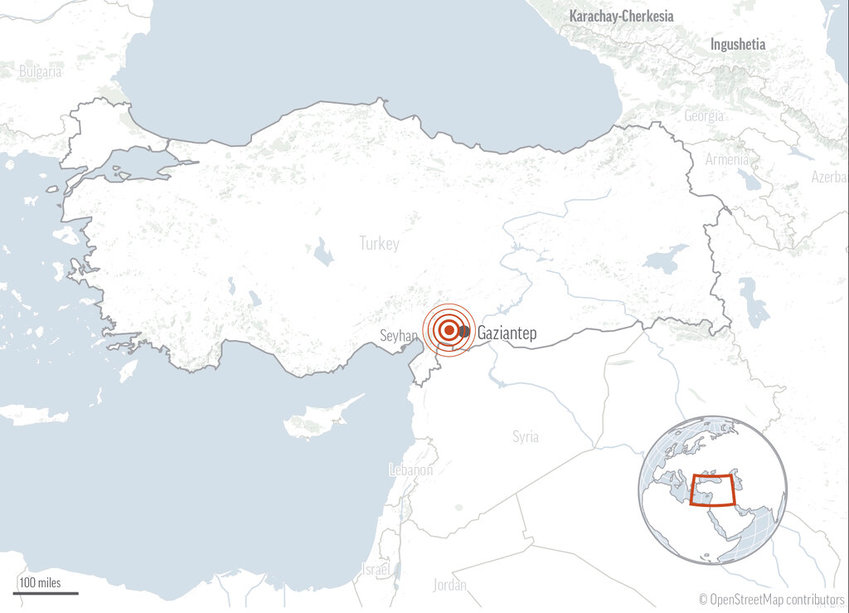