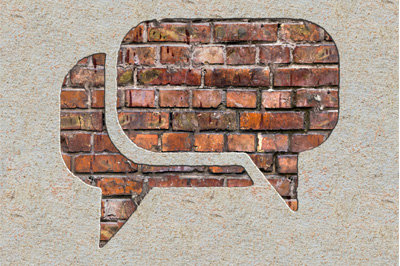 I was a debater in high school and college. I love the whole idea of rhetorical pugilism, mental gymnastics or sparring with words.

Margaret Thatcher, prime minister of the United Kingdom from 1979 to 1990, stated, “I love argument. I love debate. I don’t expect anyone to just to sit there and agree with me, that’s not their job.”

Therefore, it shouldn’t surprise you that I enjoy watching the presidential debates. The Republicans have had a two-tiered debating scenario with the candidates lower in the polling being televised in what some have called the “happy hour” debate; and the candidates with higher polling numbers having a “prime time” debate.

The first debate in Cleveland, OH, looked like The Donald Trump Show with Trump, Jeb Bush, Ted Cruz, Rand Paul, and Marco Rubio mixing it up. Most candidates appeared to focus on burnishing their own strengths and carving out their own brands within a crowded lineup of contenders.

The second Republican presidential debate was not good for Bush or CNBC. Bush's attack on Rubio backfired and the moderators for the network hosting the debate were excoriated for their biased and loaded questions.

Cruz, Chris Christie, and Rubio blasted CNBC for their attempt to paint the Republican candidates in a negative light by asking questions that lacked objectivity. The Las Vegas fiasco looked more like a media assault on the candidates than a debate.

It is patently unacceptable, but we have come to the time in America when elections can be bought by the wealthy, influenced by the media, and decided by special interest groups. Global Research reports, “The mainstream media is the most obvious in its inherent bias and manipulation. The mainstream media is owned directly by large multinational corporations, and through their boards of directors are connected with a plethora of other major global corporations and elite interests.”

Timothy P. Carney of the Washington Examiner, explained, “The New York Times, the Washington Post, CNN, NBC, CBS, ABC – the largest media outlets with the exception of Fox News – all slant clearly to the left. So do a vast majority of other major newspapers and magazines. I’m not talking about their opinion pages, but about their news operations.

“But remember, the nature of media’s liberal bias is mostly this: they are themselves liberal, and they know very few conservatives, so they find it hard to see things from the conservative perspective.”

In order to be fair, Cooper Anderson of CNN asked both Hillary Clinton and Bernie Sanders some direct, hardball questions. Anderson pointed out to Sanders that half the country wouldn’t elect a socialist, someone who honeymooned in the Soviet Union and was a conscientious objector.

Cooper also asked Clinton about her switching positions on immigration, the trade deal, and same sex marriage. He wanted to know if these portrayed her as an unprincipled person. He also didn’t let her escape questions about Benghazi and her private emails.

Fox News unleashed a barrage of tough questions to the candidates to the point that Trump whined about the way he was being treated. However, the CNBC debate came across as a prime example of an old-fashioned, media-bashing tactic of Republican candidates.

So, what are we to do as we prepare our hearts to vote in the 2016 election? We must listen carefully to the debates. Read about the candidates’ views on not only political issues, but also social and financial issues. Make sure that your reading material is fair and balanced.

While our ultimate hope is not in the political arena, pray for God to give you a spirit of discernment, because the result of this election could very well set us on a higher plane or plunge us into the darkest era in our nation’s history.