Ethan Couch – a victim of affluenza 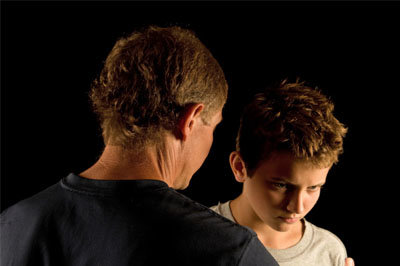 In June of 2015 Hollie Boyles and her daughter Shelby left their home to go help a friend whose vehicle had broken down by the side of the road. Brian Jennings, 43, youth pastor at Alsbury Baptist Church in Burleson, TX, was driving by and also observed the Boyles were having trouble with their SUV and stopped to help.

On that same night Ethan Couch and some friends stole beer from a Walmart not far away. They started drinking and then hit the road, with Couch behind the wheel of his truck.

When Couch came upon the scene where three good Samaritans were helping a young woman in distress his vision was blurred and his reflexes compromised by his drinking. His red Ford F-350 was going more than 70 mph when it barreled out of the darkness and crashed into the four innocent people, killing them all. When Couch plowed into the immobile SUV two passengers were thrown from the bed of Couch’s truck.

When police checked Couch’s blood alcohol content it was three times the legal limit. He also had Valium and marijuana in his system.

When the teenage driver appeared before the Tarrant County judge the jurist gave Couch probation rather than the 20 years behind bars requested by prosecutors.

Couch’s attorneys argued that he was never properly disciplined for his wrongdoing by his wealthy parents, and therefore could not be held accountable for his actions. In case you do not know what “affluenza" means, I would suggest that it comes from two words: affluent and influenza. Affluent suggest wealth or financial success. Influenza suggests an illness or sickness. The logical conclusion is that “affluenza" is a sickness caused by too much money.

For a more etymologically correct definition go to the book Affluenza: When Too Much is Never Enough by Clive Hamilton and Rochard Denniss. It reads, “The collective addictions, character flaws, psychological wound, neuroses, and behavioral disorders caused or exacerbated by the presence of, or desire for money/wealth. It manifests as behaviors resulting in preoccupation with – or imbalance around – the money in our lives.”

Before I bring the Ethan Couch saga up to the present day, let me present my view of how the elite are favored or the privileges of the wealthy. To argue that Couch should be exonerated for his foolish felony because he was adversely affected by his family’s wealth is ludicrous. It’s like excusing someone for robbing a bank because they are poor or dismissing the case against a rapist because of his overactive libido.

Mike Hashimoto, writing for the Dallas Morning News, stated, “The only lesson the teen learned is that it’s far better to come from that wealthy place where actions seldom have those nasty old consequences. That for other folks.”

Couch, now 18, has violated his probation and is a fugitive from justice. Officials are concerned that he has not only skipped at least one check-in with his probation officer, but that he has skipped town, perhaps even the country. Couch’s mother, Tonya, is also missing and may be helping her son.

Fred Couch, Ethan’s father, owns numerous properties in Texas and other states, including a Cessna 172 plane. Authorities do not know whether Couch has left Tarrant County in his mother’s black pickup truck or his dad’s airplane.

Ethan’s parents divorced in 2006 and according to reports had a stormy relationship. Ethan said his parents yelled at each other a lot, and said, “He wished they wouldn’t put him in the middle.”

A CNN report explained that Ethan’s parents never taught him the difference between right and wrong. When Tonya was asked by authorities, “When was the last time you recall disciplining Ethan for anything?” She responded by saying, “I don’t remember.”

Today many parents fail to discipline their children for fear they will warp their psyche. However, the Bible says that if a parent loves his child, he will correct him when he is out of line. A loving parent will guide and teach their children. The Bible adds that if you neglect to train and teach your child, you don’t love your child (Pro. 13:24).

Discipline brings hope, life, peace, and character, because it drives out foolish notions such as, “The world revolves around me. I am the most important and I must have my way. No one else matters.” Through loving discipline, a child can take the focus off him and look outward to develop empathy and respect for God and others.

My parents believed in corporal punishment for my misbehavior. There was a lilac bush next to our house that had knotty twigs my dad thought were perfect for switching me. I can still feel the sting of those whippings.

We have a society that is becoming more and more tolerant of evil and sin. Our leniency and license must give way to correction and chastisement. The Bible says, “Evil men understand not judgment: but they that seek the Lord understand all things” (Pro. 28:5).