EDITOR'S NOTE: In lieu of flowers, the family requests that donations go to the Christian Care Center https://www.christiancarecenter.org. A small memorial service for Stanley of invited guests is scheduled for Jan. 20, at First Baptist in Eureka, with Arthur and Rick Gage presiding.

EUREKA, S.C. (BP) – Rick Stanley, a stepbrother to Elvis Presley who turned to Christ two months after Presley's death in 1977 and, as an evangelist, spoke at Billy Graham-sponsored events and in a multitude of other settings, died early Monday morning, Jan. 7, in Aiken, S.C. 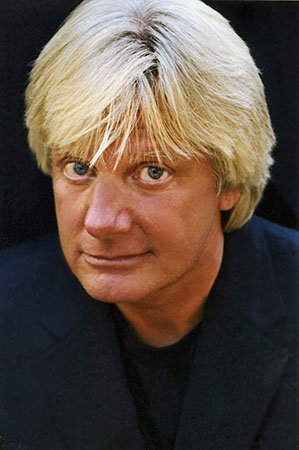 Stanley returned to First Baptist Church in Eureka, South Carolina, five years ago – where he first gave his testimony in early 1978 and was serving as associate pastor and minister of music at the time of his death at age 65.

His two daughters, Brittany and Bethany, were at his bedside, Arthur said. They had called Stanley's two brothers, David and Billy, to say a final goodbye, and Arthur left the room so that the daughters could be alone with their father.

Stanley was mostly unconscious after Arthur took him to the hospital when he fell ill on Wednesday, Jan. 2.

Stanley had moved to Eureka after "getting off the road," as Arthur put it, from an evangelistic ministry that took him to crusades, church meetings, youth camps, and school assemblies over the years, often with fellow evangelists. He also came to the rural community divorced from his wife Robyn.

"He was with me every step of the way," Arthur, 75, said of his five years with Stanley. "We were sort of a team, a great team … seven days a week."

Stanley's car was in disrepair so he traveled with the pastor wherever they went, visiting in homes among the several hundred people in the Eureka area and in hospitals and local establishments.

"A lot of people wanted to meet Rick," said Arthur, noting that Stanley had been interviewed on such TV shows as "Good Morning America" and "Larry King Live." Stanley also had authored an autobiographical book, "The Touch of Two Kings."

At church on Sunday mornings, Stanley taught Sunday School and led the music and took prayer requests in the worship service attended by 30-35 people. Arthur preached three Sundays of the month and Stanley one Sunday.

"I knew Rick Stanley to be a most dedicated and devout Christian," Arthur said. "He loved people. He loved the Lord. And he loved the church." Arthur spoke of Stanley saying that he returned to Eureka to learn the ministry from a seasoned pastor and wanted to serve at First Baptist the rest of his life.

Arthur can't recall how he learned of Stanley's conversion in 1977 and contacted him to give his testimony at Eureka, but they stayed in contact over the years.

Stanley attended Criswell College in Dallas before earning an associate of divinity degree in 1986 at Southwestern Baptist Theological Seminary in Fort Worth.

He was one of several speakers in Las Vegas at the 1989 meeting of the Conference of Southern Baptist Evangelists in conjunction with that summer's SBC annual meeting and he addressed the 1994 SBC Pastors' Conference in Orlando, Florida.

He spoke in meetings led by such evangelists as James Robison, Rick Gage, and Gage's father, the late Freddie Gage.

Stanley addressed two chapel services at Southwestern in October 2000, recounting how he, at age 5 or 6 (accounts vary), and his two brothers became stepbrothers to Elvis Presley in 1960 when their mother, Dee, divorced her husband and married Elvis Presley's father, Vernon.

The three brothers relished the attention they received from Elvis, including an array of gifts, from toys to bicycles and playground equipment, Stanley said in a 1989 People magazine interview. At age 16 or 17 (accounts also vary), Stanley became a personal aide to Elvis and, as he described it, eventually became one of those who gave the singer prescription drugs before his concerts and before he went to sleep at night.

Stanley also veered into drug use and, according to a 2010 Associated Press feature, was bailed out of jail by Elvis in 1975 for a forged prescription and subsequently entered rehab.

As a teen, Stanley had begun a friendship with a Christian girl named Robyn through a social event. They often went to church together and stayed in touch as he was out on the road with the Presley entourage.

"Every time I would talk to her, she would end the call the same way, 'Rick, I am praying for you,'" Stanley said in chapel at Southwestern. "It was like dial-a-prayer or something."

On the day before Presley died, Stanley told him what Robyn was saying about Jesus and how she was praying for him.

"Elvis Presley, at 42 years old, looked at me and said, 'Ricky, she's telling you the truth.' Then he said, 'People who talk to you about Jesus really care.'"

Stanley, who had to leave Graceland upon Elvis' death, and Robyn were together the night he surrendered his life to Christ at a storefront church in Fort Walton Beach, Florida, where Robyn's family had moved.

"I am not a recovering or former anything," he said at Southwestern. "I am a new creation in Christ Jesus."

Before becoming a Christian, he had "the theology without the testimony" and "didn't know God loved me," Stanley said. "My impression of Christianity, I had always believed it, but I thought you had to stop something then come to know Christ. It doesn't work that way.

"We need a reformation in salvation theology because we got an awful lot of people out there in the world today … they want to come to know Christ, but we look at them and say, 'You need to stop that stuff and come to know Christ.'

"No, you come to know Christ" and then by Christ's empowering, "you stop that stuff."

A small memorial service for Stanley of invited guests is scheduled for Jan. 20, at First Baptist in Eureka, with Arthur and Rick Gage presiding.