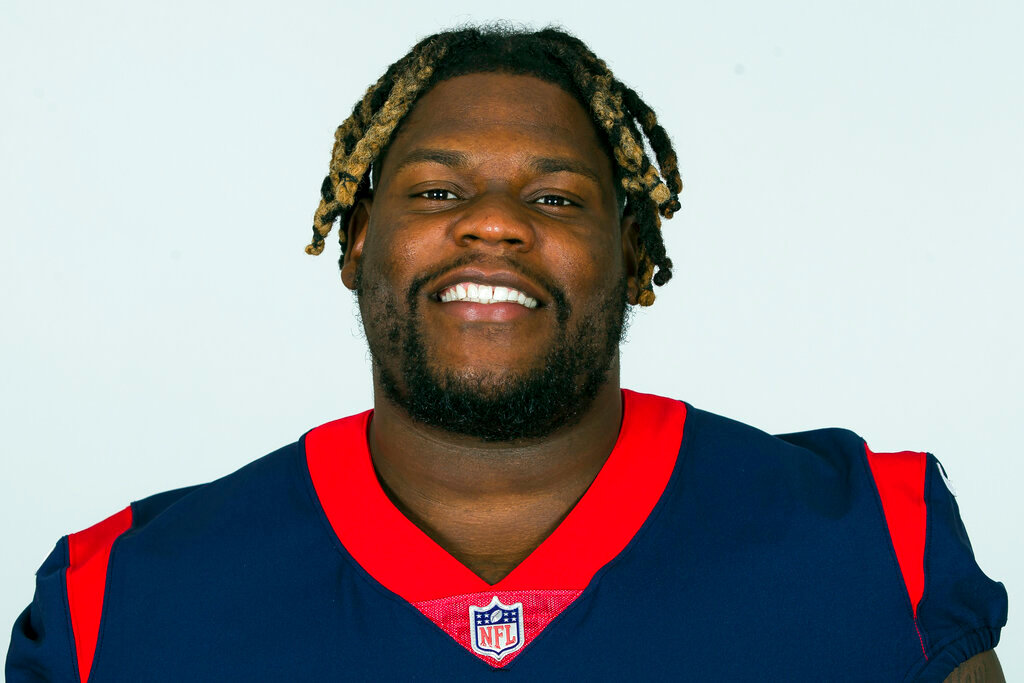 Following the retirement of Eddie Goldman before training camp, Taylor's injury leaves the Falcons without two veterans who had been projected to play prominent roles on the defensive line.

Taylor, 28, spent most of the 2021 season on the Houston Texans' injured reserve list following an ankle injury while starting the season opener.

Taylor signed a one-year deal with Atlanta as a free agent. He was a sixth-round selection in the 2017 draft by the Miami Dolphins and also has played for Buffalo and Cleveland.

Grady Jarrett is the established leader of the three-man defensive line. Taylor was pushing Ta'Quon Graham and Anthony Rush for a starting job.