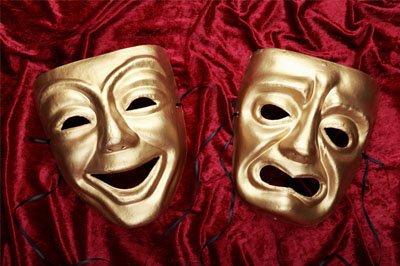 So they departed quickly from the tomb with fear and great joy, and ran to tell his disciples. Matthew 28:8 (ESV)

It’s a strange mixture. We don’t usually hear about people being afraid and joyful at the same time. It’s always one or the other. Either someone is afraid or they are happy. It never seems to be both.

But this was different. This was the resurrection of Jesus Christ. Nothing like it had ever happened before. Nothing would ever be the same again.

The women who had followed Jesus were afraid because this was all new to them. They had seen God’s power before but never like this. This was more than feeding the five thousand and turning water into wine. This was the defeat of death, once and for all. When you come face to face with whatever it is that’s scary enough to beat something as scary as death itself, fear seems to be the natural emotion.

But it wasn’t the only emotion.

There was joy as well. There was joy because separation was gone. There was joy because the cross was not the end. There was good news to tell and these women were overjoyed because they were the ones chosen by God to deliver it. The angel of the Lord could have gone straight to Peter and John and the boys. Instead, he appeared to Mary Magdalene, a woman who had once been possessed by seven demons, and another lady who Matthew affectionately refers to as, “the other Mary.” None of that mattered. The body that they had come to visit was not there. It had not been stolen. It got up under it’s own power.

But it’s also a joyous thing.

That strange combination of fear and joy is still with us today. We often find ourselves afraid because things are not as they should be. We live under the curse of Adam’s sin.

But Jesus came to undo the curse, take it from us and put it on himself. When we consider our sins in relation to the holiness of God, things definitely are not as they should be.

From the perspective of the religious elites of the day, the cross should have been the end of our faith. Instead, it is the source of our hope.

If you were hearing this story for the first time, you would think that some of Jesus’ last words would be, “My God, my God, why have you forsaken me?” Instead, just a few days later, the women who heard him utter that frightening sentence would hear him say, “Do not be afraid.”

In this world, there are a million reasons to be afraid. When you think about it, there is only one reason not to be.

That is our great joy.