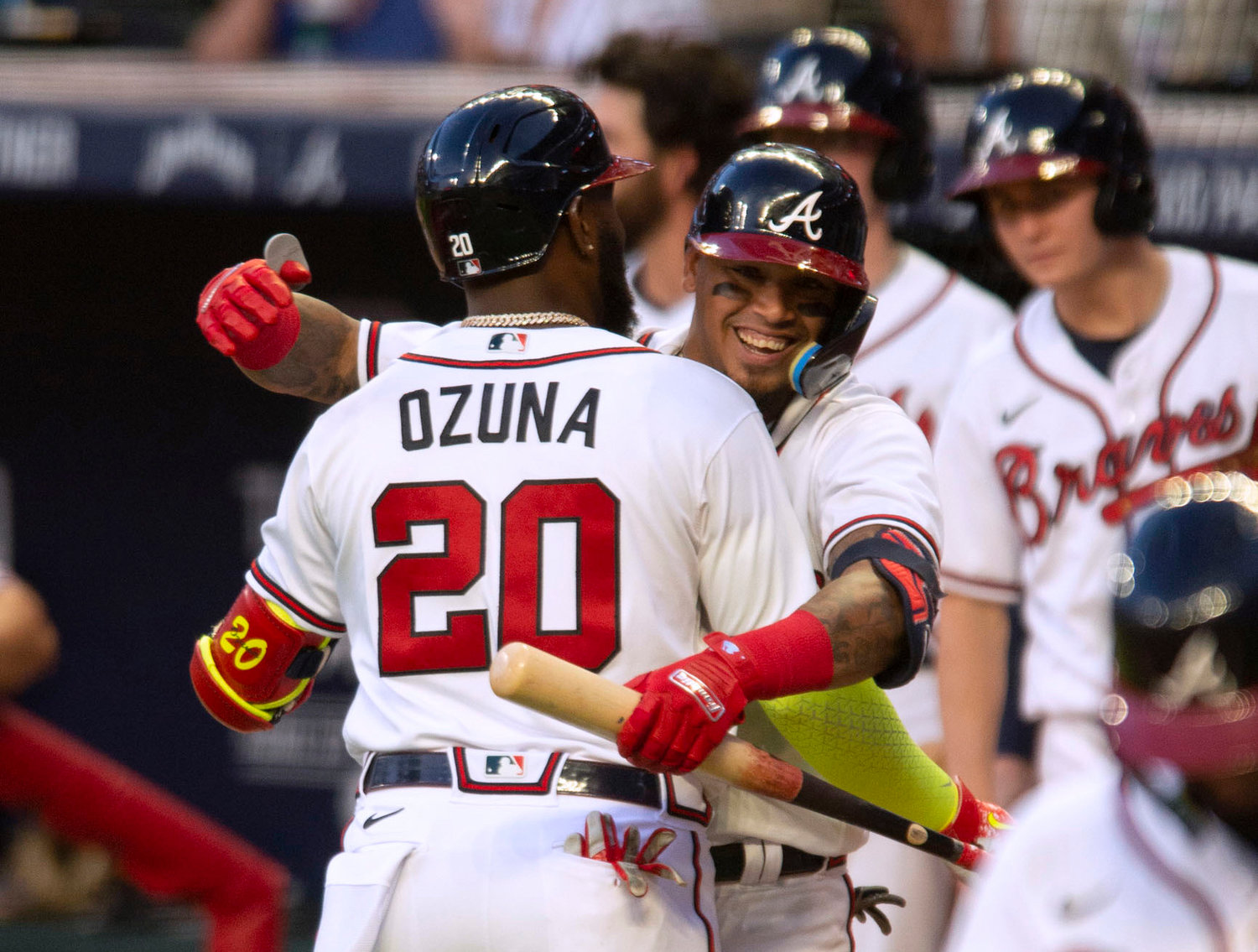 Fried (9-2) and Miles Mikolas (5-7) each threw four scoreless innings before Ozuna led off the fifth with his 17th homer deep into the left-field seats. Rosario followed with his first homer.

St. Louis loaded the bases against right-hander Jesse Chavez in the eighth, but pinch-hitter Nolan Gorman grounded out to end the threat.

The Braves flexed their power game with the homers by Ozuna and Rosario.

Atlanta has seven players, including two catchers, with 10 or more homers before the All-Star break for the first time since the franchise moved to Atlanta in 1966. The Braves lead the NL and rank second in the majors with 126 homers. The New York Yankees began the night with 133.

“That’s kind of how our team is,” manager Brian Snitker said before the game. “... These are big, strong guys who are hitting it.”

Fried gave up only five hits, including two to Albert Pujols, with one walk and four strikeouts in winning his nine consecutive decision after losses in his first two starts.

Left-hander A.J. Minter, who has shared the closer's role with Will Smith while Kenley Jansen is on the injury list with an irregular heartbeat, pitched the ninth for his second save.

The Cardinals have lost four straight, their longest skid of the season, including the first three of the four-game series against Atlanta by a combined margin of 16-4. They remain three games behind division-leading Milwaukee in the NL Central.

Tommy Edman had one hit as he returned to the leadoff spot for St. Louis after hitting seventh on Tuesday night.