From Ringgold to St. Marys, church news from around the state 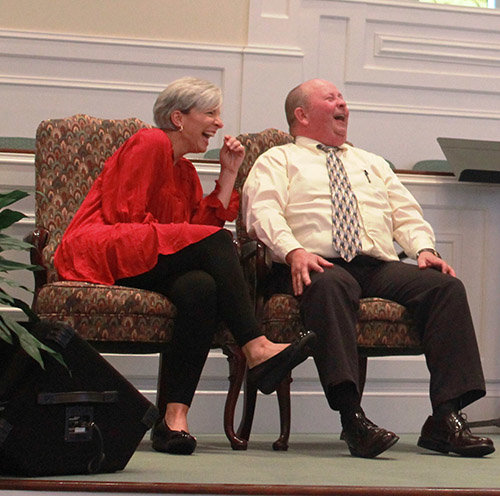 Rainey had been the pianist/keyboardist for Point Peter Baptist Church in St. Marys since 1993 and was currently the minister of music and worship there. In addition, he had served as a family counselor in the Southeast Baptist Association.

A native of Rockledge, FL, Rainey had resided in Camden County for the past 26 years and a graduate of Valdosta State University. He had been the band director for Camden County High and St. Marys Middle School and was currently an academic advisor for the Arizona Charter School System. 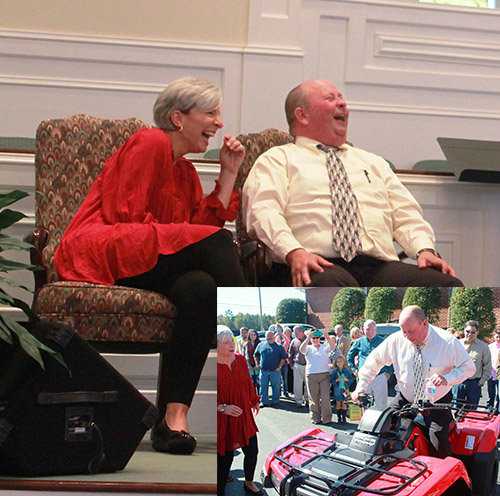 Angela and Garland Hullender react to a story from their 20 years at Naomi Baptist Church in LaFayette, where Garland has served that time as pastor. The church held a time of recognition for their ministry Oct. 18 and presented him with a new 4-wheeler. NAOMI BC/Facebook

Sunnyside Baptist Church in Mallary Association marked 61 years of ministry with homecoming on Oct. 4. Craig Stone was the guest speaker.

Timothy Lee Brown was licensed to the ministry on Sept. 27 at Boynton Baptist Church. Keith McLeod is senior pastor.

Paul Baxter has been called as associational missionary for Pine Mountain Baptist Association.

Pavo Baptist Church in Pavo, located in south Georgia between Thomasville and Hahira, will be celebrating 115 years of ministry Oct. 25. Worship will begin at 11 a.m. with guest preacher Charles Neely, who served as the church's pastor from 1968-70. Dinner will follow.