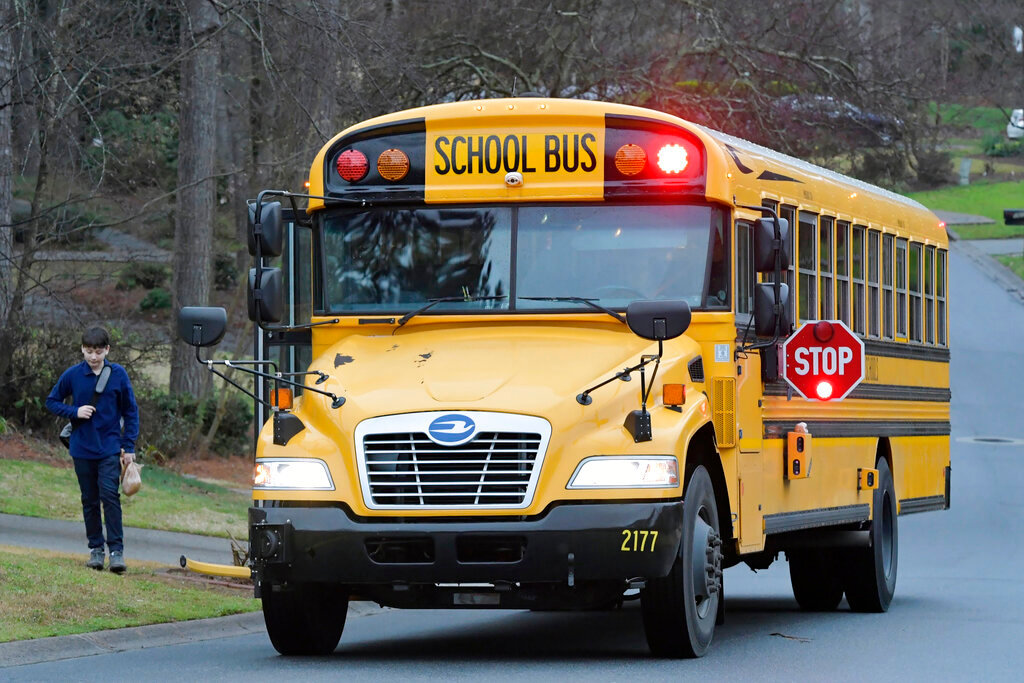 ATLANTA – From icy roads on wintry mornings in the Appalachian foothills to dirt roads that wash out in heavy rains, it’s not always easy getting to and from school in Georgia.

This year, rising fuel prices are making it more expensive as well.

But help is on the way from the federal government. A new U.S. Environmental Protection Agency program aims at providing school buses with an alternative to gasoline or diesel fuel by funding bus electrification.

The agency will award around $1 billion annually for the next five years to school districts that want to purchase electric, propane, or CNG (compressed natural gas) vehicles.

The funding comes from the infrastructure spending law Congress passed last year. The awardees will be announced in October. Some of the funding can also be used for setting up electric charging infrastructure.

Joe Meadows, transportation director for Ware County Schools, said the county is the largest by area in the state. The district’s fuel expenditures have nearly doubled, Meadows said.

The district runs about 73 routes every day. About half of the buses run on diesel and the other half on gasoline, he said. Rising prices on both types of fuel are hitting the district hard, he said.

Meadows said he’s had to double up on some routes to save money. Nevertheless, three days into the school year, the buses are running smoothly.

“We’re working through this day by day,” said Meadows, who must ensure that students who live on dirt roads on the border of the Okefenokee Swamp can make it to and from school each day.

Those long distances and treacherous conditions rule out electric vehicles for his district, Meadows said. He’s considering propane and CNG-fueled bus options, however, as a way of keeping down costs.

The district began converting its buses to run on propane fuel in 2013. It has converted about two-thirds of its fleet so far, Burke County Public Schools spokeswoman Amy Nunnally said.

She said that though diesel prices rose this summer, the district is able to purchase propane at just $1.10 per gallon after a federal rebate.

Nunnally said the district has started considering electric buses but – like Meadows in Ware County — has questions about whether they are up to the task.

“We are unsure how an electric bus will perform on the many miles of dirt roads we travel daily and how this will impact the traveling range of the vehicle,” Nunnally said. “We are also unsure how long the batteries will last before they must be replaced and the cost to replace them.”

On Wednesday, Macon-based school bus manufacturer Blue Bird announced that it may have a solution for this quandary: buy now, convert to electric later.

The new program will allow school districts to retrofit gasoline- and propane-fueled buses with electric technology.

“Blue Bird customers can future-proof their school bus fleet by purchasing gasoline- or propane-powered vehicles and converting them easily and cost-effectively to zero-emission electric buses later,” the company stated in a news release.

The retrofitting process can be completed within 30 days, the company said. Once retrofitted, the buses will be able to travel up to 150 miles on a single charge, depending on battery configurations.

According to Blue Bird, the program will allow districts that may not have electric-charging infrastructure in place yet to convert later, once charging stations are built.

Blue Bird’s had more than 500 orders for electric buses in 2021, according to the company’s latest annual report. Although that’s only a small fraction of its close-to-10,000 total orders, the company aims to make electric vehicles half of its bus production by the end of this decade.

That push should get a jumpstart from the new EPA bus electrification program. School districts have until Aug. 19 to apply for the funding.