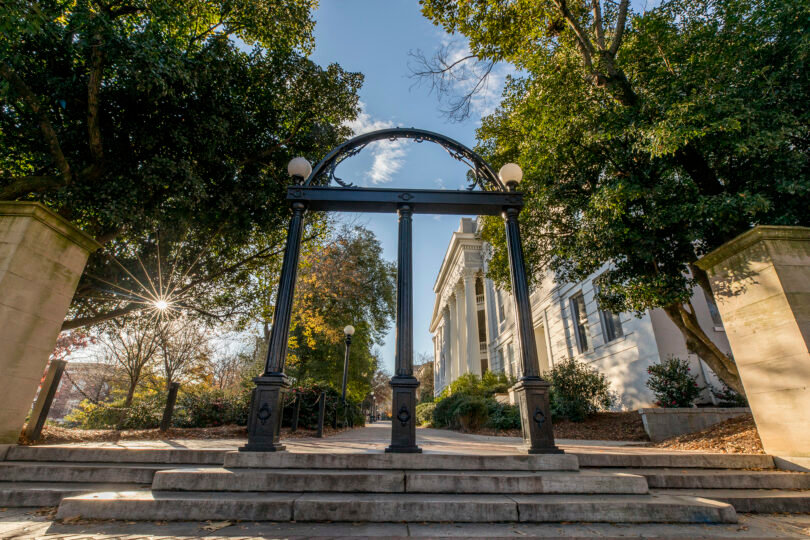 The Arch at the University of Georgia, with the North Campus sidewalk and the Holmes-Hunter Academic building in the background. (Photo/Andrew Davis Tucker, University of Georgia)
Posted Wednesday, October 12, 2022 2:36 pm
By REBECCA GRAPEVINE, Capitol Beat News Service

ATLANTA – Georgia high school students earned an average ACT score of 21.6 this year, beating the national average of 19.8, according to new data from the state Department of Education.

This is the sixth year in a row that Georgia’s average ACT score has topped the national average. The ACT is a standardized college admissions test similar to the SAT.

The Georgia ACT results are similar to state SAT score trends. Georgia students beat the national average on the SAT this year, though the average score dipped slightly compared to the prior year.

“These students did not have an easy or typical high-school experience,” State School Superintendent Richard Woods said. “The pandemic began during their sophomore year.

“Despite that, they have continued to beat the odds and find success – beating the nation on the ACT and SAT and recording an all-time-high graduation rate.”

During the pandemic, many colleges and universities waived the standardized test requirements.

Last month, the University System of Georgia Board of Regents announced the system will continue to waive the tests for admissions at most state colleges for another year. Emory University, a private institution in Atlanta, does not require students to submit their scores, though students may.