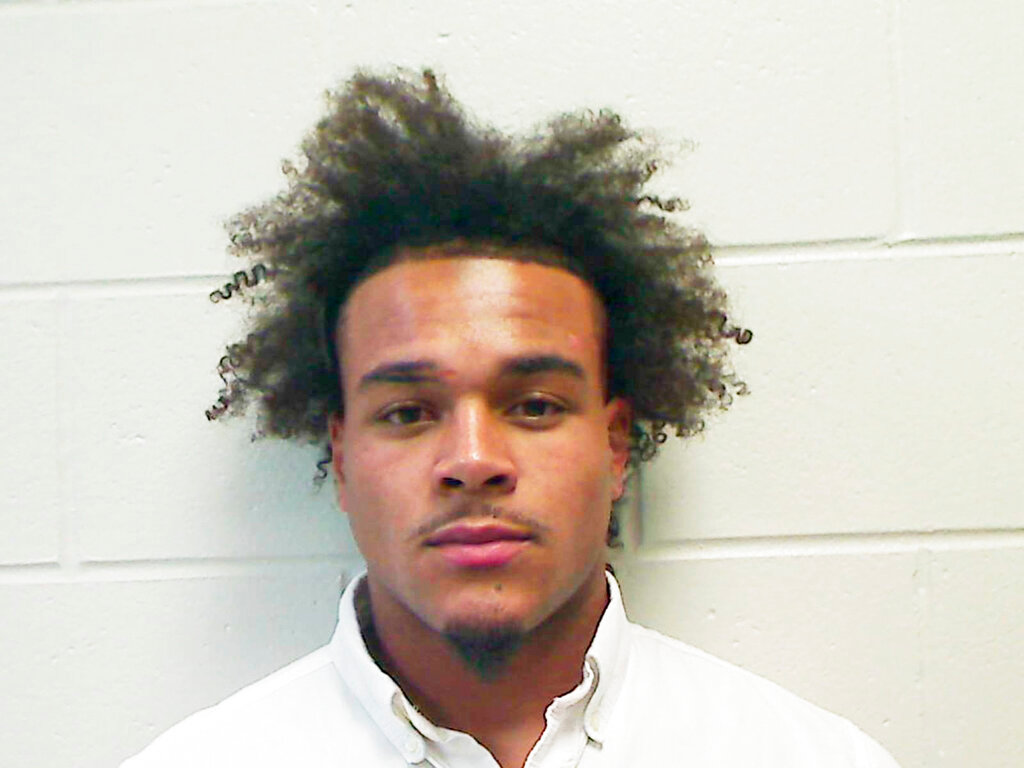 STATESBORO, Ga. (AP) — A biracial man who says he was fending off a racist attack on a Georgia highway when he fired a gun into a pickup truck was convicted Wednesday of involuntary manslaughter for fatally shooting a 17-year-old girl in the truck's back seat.

The trial jury spared 23-year-old Marc Wilson from a potential life prison sentence by acquitting him of felony murder, the charge prosecutors argued he deserved for killing Haley Hutcheson of Reidsville.

Defense attorneys for Wilson of Sharpsburg had insisted during the weeklong trial in Bulloch County Superior Court that he should be acquitted on all charges. They said Wilson was justified to shoot in self-defense when the pickup truck's driver tried to run Wilson's car off the road.

The jury began deliberating Tuesday afternoon and spent a total of roughly seven hours weighing the case before returning a verdict.

Defense attorneys acknowledged that Wilson fired the shot that killed Hutcheson on a bypass circling the southeast Georgia city of Statesboro the night of June 24, 2020. Investigators testified that three shell casings found at the scene matched the handgun Wilson surrendered to police when he turned himself in three days after the shooting.

Prosecutor Barclay Black told the jury Wilson had no legal justification for firing a handgun in traffic and could have escaped if he was being harassed by another driver. One of the bullets he fired pierced the truck’s rear window and struck Hutcheson in the head. She died after her friends rushed her to a hospital.

Prosecutors had charged Wilson with felony murder, arguing he caused Hutcheson's death while committing another felony, aggravated assault, by firing his gun at the truck. The jury acquitted Wilson of both those charges and opted to convict him of involuntary manslaughter, which carries a maximum sentence of 10 years in prison.

Wilson, the son of a Black father and white mother, and his white girlfriend had just picked up food from a Taco Bell about 12:30 a.m. when the pickup truck pulled alongside Wilson’s much smaller Ford Focus. Wilson told police the pickup truck tried to run his car off the road as white teenagers inside yelled racist slurs.

“Me and my girlfriend were very scared that night,” Wilson told police in a recorded interview played for the trial jury. He said that when the truck kept swerving toward his car, ”I didn’t know what else to do, so I grabbed my, uh, my piece and I shot under the vehicle.”

The driver of the pickup and two passengers who took the witness stand denied threatening or otherwise provoking Wilson. They also acknowledged that they had been drinking that night, though they denied being drunk.

One of the truck's passengers, Luke Conley, declined to testify by invoking his Fifth Amendment right against giving self-incriminating testimony. He has been charged with misdemeanor obstruction after police said he gave investigators conflicting information about the shooting.

Emma Rigdon, Wilson's girlfriend at the time, testified that she didn't hear any racial slurs before the shooting. But she recalled being frightened when the pickup truck “started swerving into our lane” and forced Wilson's car onto the shoulder of the highway.