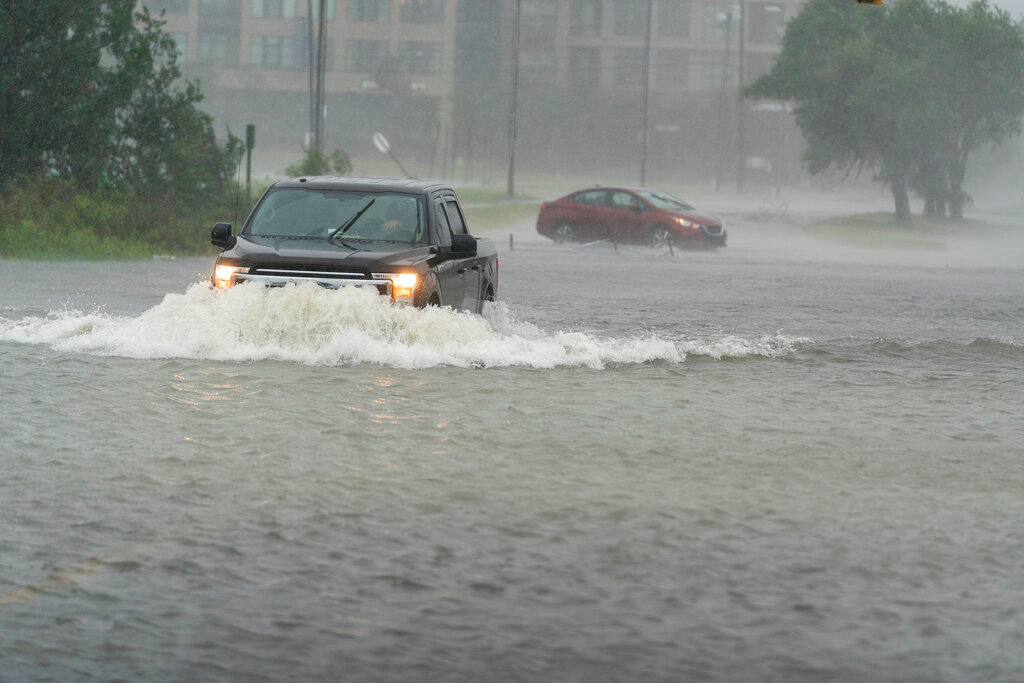 A motorist drives though high water, as another turns around during the effects from Hurricane Ian, Friday, Sept. 30, 2022, in Charleston, S.C. (AP Photo/Alex Brandon)
Alex Brandon 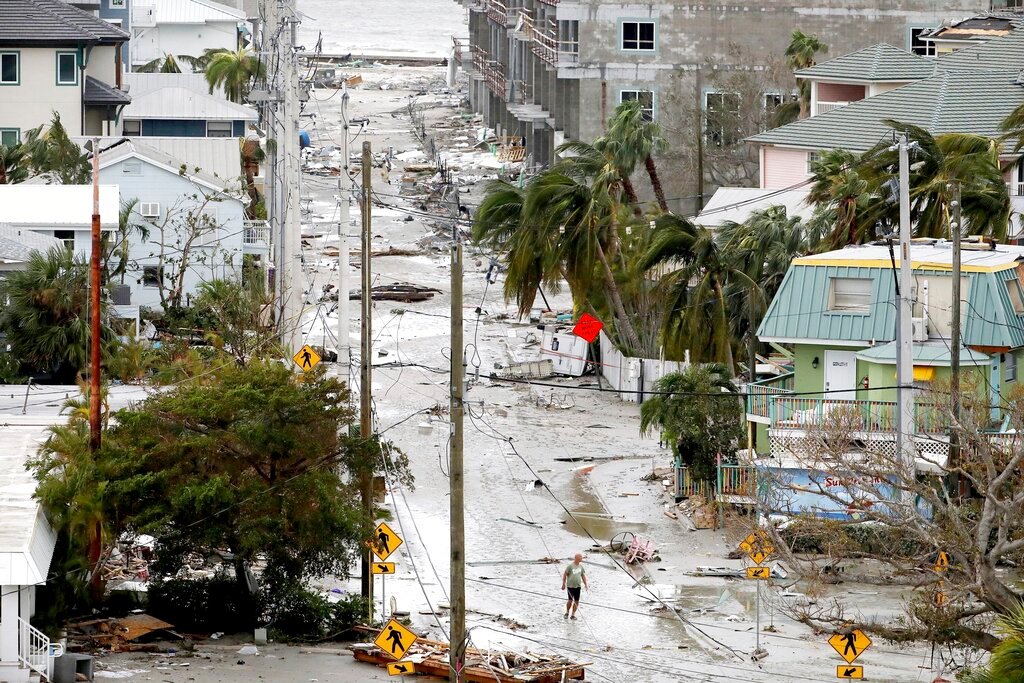 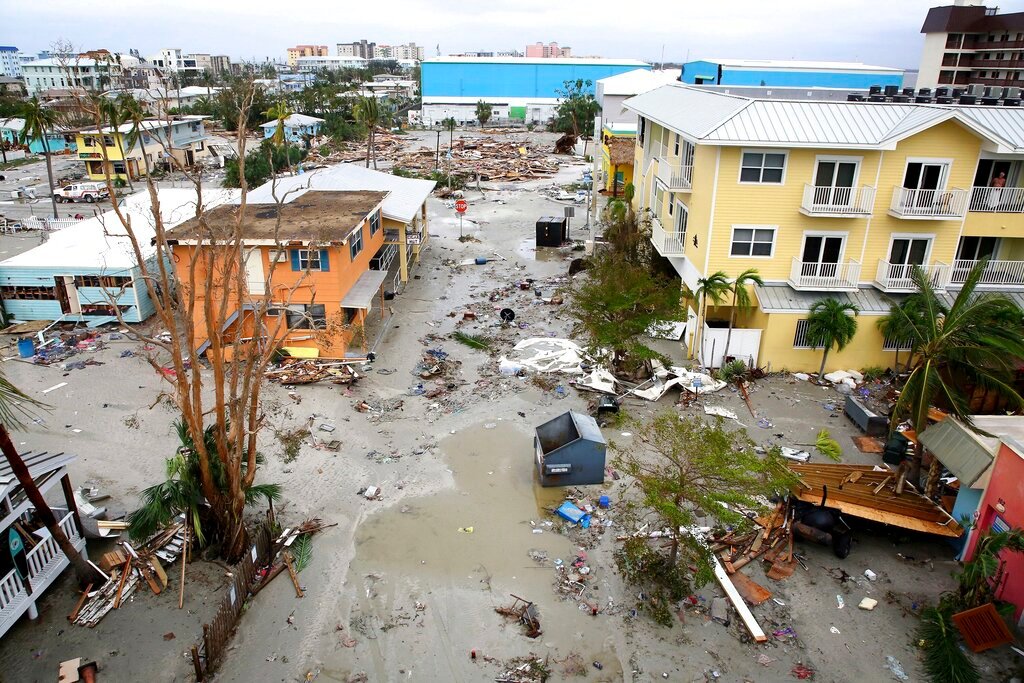 With all of South Carolina’s coast under a hurricane warning, a steady stream of vehicles left Charleston on Thursday, heeding officials’ warnings to seek higher ground. Storefronts were sandbagged to ward off high water levels in an area prone to inundation.

“Georgia has been spared on this one,” said Georgia Baptist Disaster Relief Director Dwain Carter. “All of our volunteers are still on standby. We will either be going north to do recovery work in South Carolina or south to help Florida.”

Ian’s center came ashore near Georgetown, South Carolina, with much weaker winds than when it crossed Florida’s Gulf Coast on Wednesday as one of the strongest storms to ever hit the U.S. As Ian moved across South Carolina, it dropped from a hurricane to a post-tropical cyclone.

Sheets of rain whipped trees and power lines and left many areas on Charleston’s downtown peninsula under water. Parts of four piers along the coast, including two at Myrtle Beach, collapsed into the churning waves and washed away. Online cameras showed seawater filling neighborhoods in Garden City to calf level.

Ian left a broad swath of destruction in Florida, flooding areas on both of its coasts, tearing homes from their slabs, demolishing beachfront businesses and leaving more than 2 million people without power.

Rescue crews piloted boats and waded through riverine streets in Florida after the storm to save thousands of people trapped amid flooded homes and shattered buildings .

Florida Gov. Ron DeSantis said Friday that crews had gone door-to-door to over 3,000 homes in the hardest-hit areas.

“There's really been a Herculean effort,” he said during a news conference in Tallahassee.

Officials fear the death toll could rise significantly, given the wide territory swamped by the storm.

Among those killed were an 80-year-old woman and a 94-year-old man who relied on oxygen machines that stopped working amid power outages, as well as a 67-year-old man who was waiting to be rescued and fell into rising water inside his home, authorities said.

Florida Division of Emergency Management Director Kevin Guthrie said first responders have focused so far on “hasty” searches, aimed at emergency rescues and initial assessments, which will be followed by two additional waves of searches. Initial responders who come across possible remains are leaving them without confirming, he said Friday, describing as an example the case of a submerged home.

“The water was up over the rooftop, right, but we had a Coast Guard rescue swimmer swim down into it and he could identify that it appeared to be human remains. We do not know exactly how many,” Guthrie said.

Desperate to locate and rescue their loved ones, social media users shared phone numbers, addresses and photos of their family members and friends online for anyone who can check on them.

Orlando residents returned to flooded homes Friday, rolling up their pants to wade through muddy, knee-high water in their streets. Friends of Ramon Rodriguez dropped off ice, bottled water and hot coffee at the entrance to his subdivision, where 10 of the 50 homes were flooded and the road looked like a lake. He had no power or food at his house, and his car was trapped by the water.

The devastating storm surge destroyed many older homes on the barrier island of Sanibel, Florida, and gouged crevices into its sand dunes. Taller condominium buildings were intact but with the bottom floor blown out. Trees and utility poles were strewn everywhere.

Municipal rescuers, private teams and the Coast Guard used boats and helicopters Friday to evacuate residents who stayed for the storm and then were cut off from the mainland when a causeway collapsed. Volunteers who went to the island on personal watercraft helped escort an elderly couple to an area where Coast Guard rescuers took them aboard a helicopter.

Hours after weakening to a tropical storm while crossing the Florida peninsula, Ian regained strength Thursday evening over the Atlantic. Ian made landfall in South Carolina with maximum sustained winds of 85 mph (140 kph). When it hit Florida’s Gulf Coast on Wednesday, it was a powerful Category 4 hurricane with 150 mph (240 kph).

After the heaviest of the rainfall blew through Charleston, Will Shalosky examined a large elm tree in front of his house that had fallen across his downtown street. He noted the damage could have been much worse.

“If this tree has fallen a different way, it would be in our house,” Shalosky said. “It’s pretty scary, pretty jarring.”

In North Carolina, heavy rain bands and winds crept into the state Friday afternoon. Gov. Roy Cooper warned residents to be vigilant, given that up to 8 inches (20.3 centimeters) of rain could fall in some areas, with high winds.

“Hurricane Ian is at our door. Expect drenching rain and sustained heavy winds over most of our state,” Cooper said. “Our message today is simple: Be smart and be safe.”