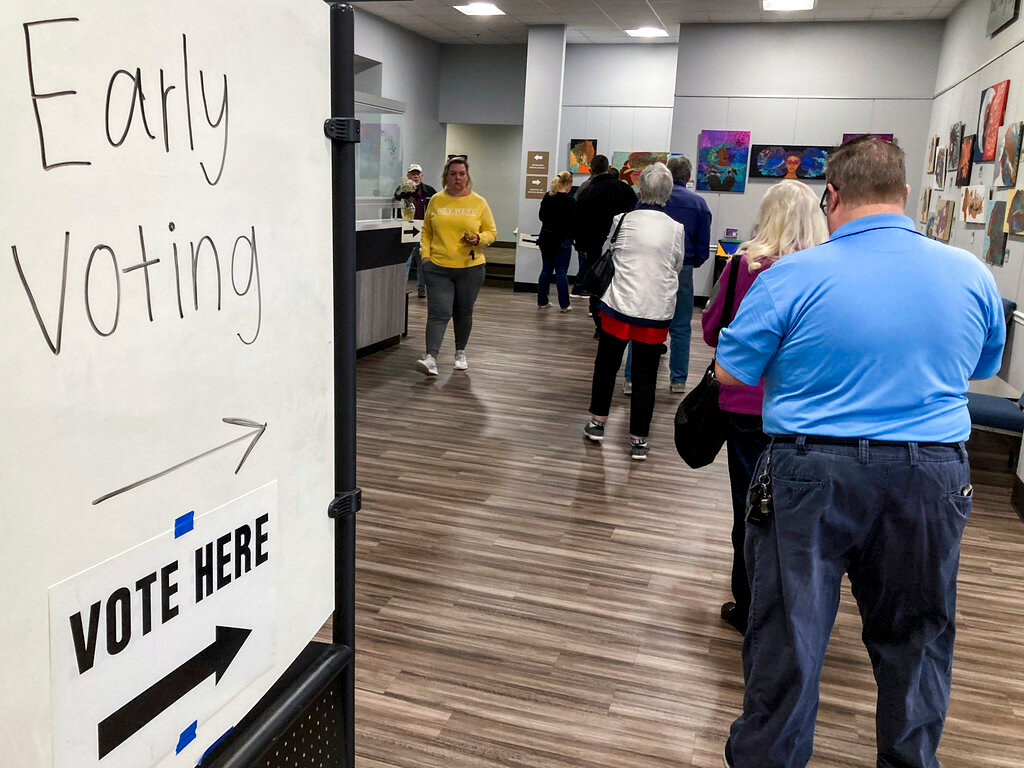 The first day of statewide early voting followed heavy turnout reported by the counties that held early voting last Saturday and Sunday. Democrats had gone to court to win the right to let counties hold early voting days during the weekend.

Democrats already have retained their slim majority in the Senate, capturing 50 seats in the midterm elections earlier this month. That gives them the majority because Democratic Vice President Kamala Harris, who presides over the Senate, can break ties.

But interest in the Georgia race has remained high, with both candidates tapping into bulging campaign war chests to fund a new wave of increasingly aggressive attack ads.

Warnock nearly won reelection to a full six-year Senate term outright, capturing 49.4% of the vote in the Nov. 8 election to 48.5% for Walker. But the race was forced into a Dec. 6 runoff by a Georgia law requiring candidates to win more than 50% of the vote to claim victory.

Early voting will continue across the state through Friday.