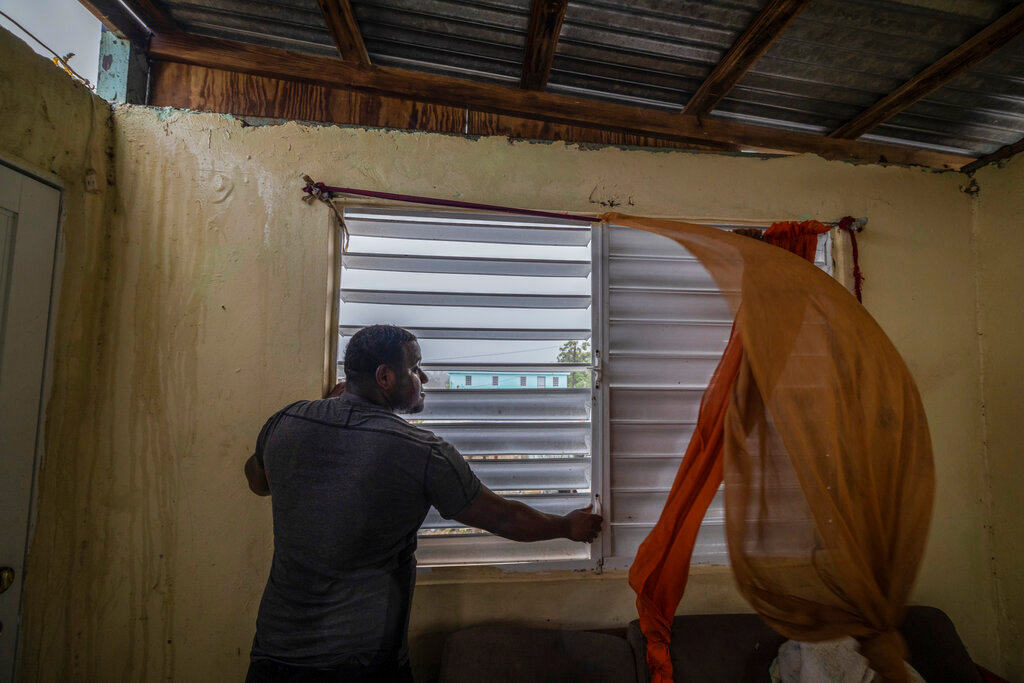 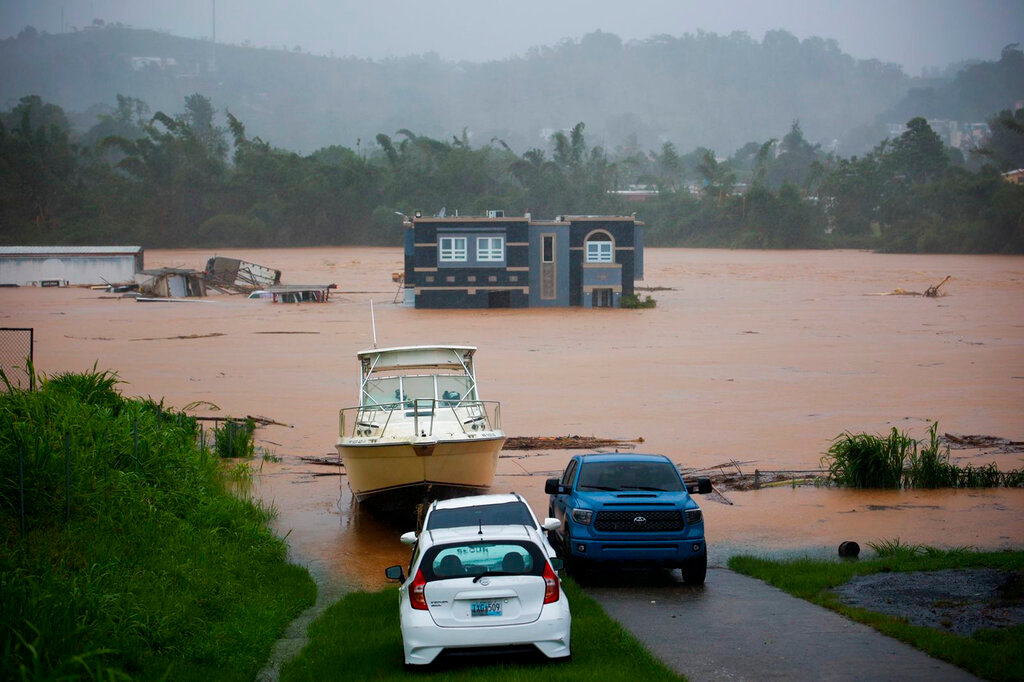 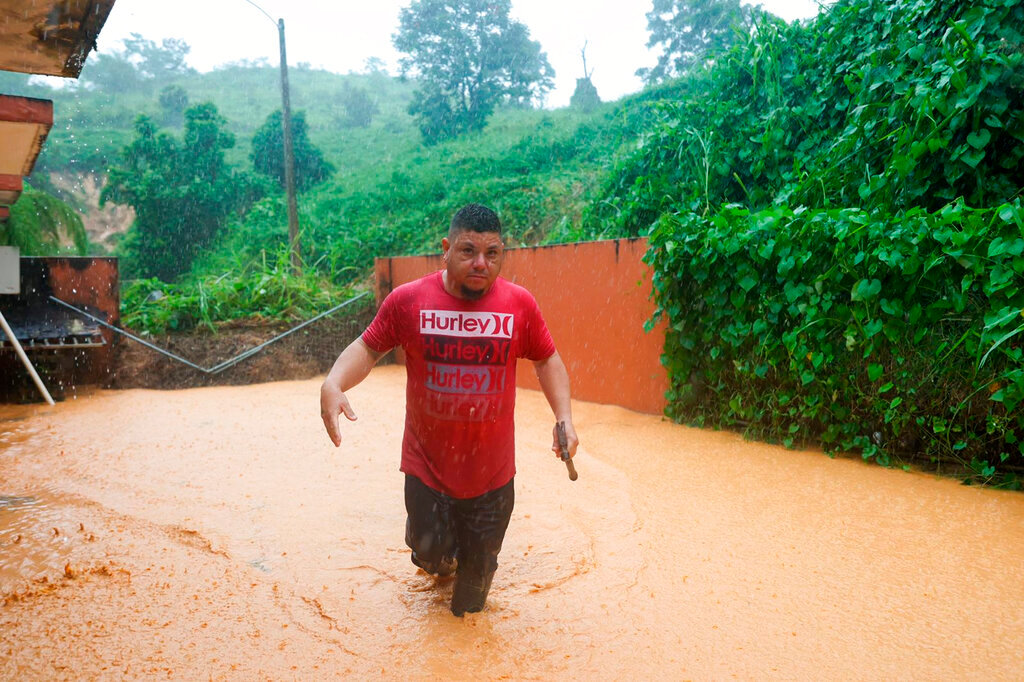 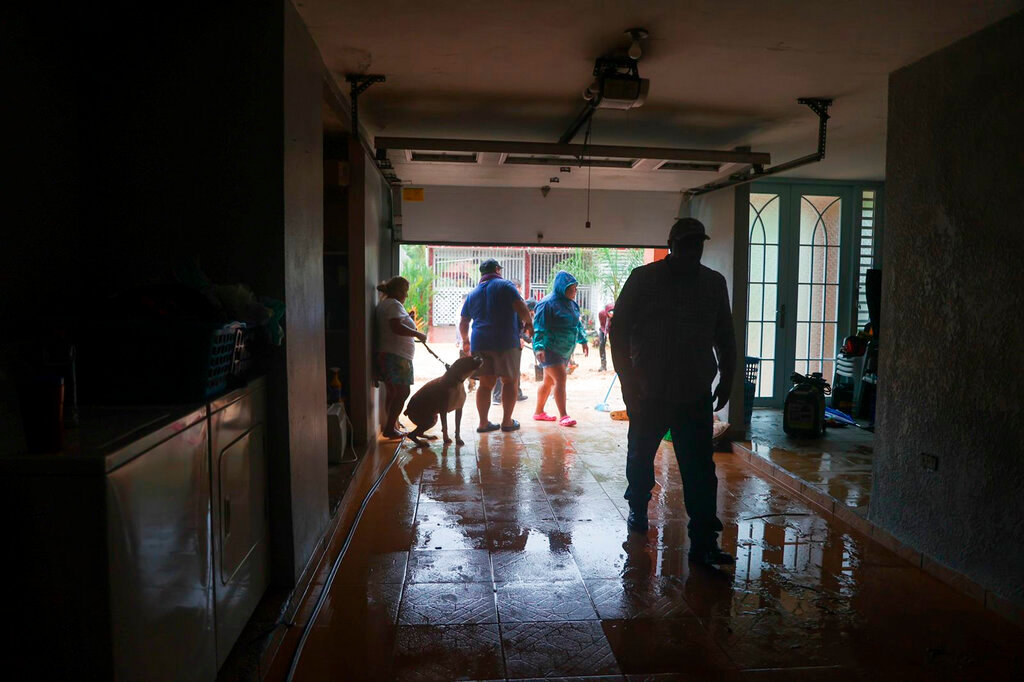 HAVANA (AP) — Hurricane Fiona struck Puerto Rico's southwest coast on Sunday as it unleashed landslides, knocked the power grid out and ripped up asphalt from roads and flung the pieces around.

Forecasters said the storm would cause massive flooding and threatened to dump “historic” levels of rain, with up to 25 inches (64 centimeters) possible in isolated areas.

“The damages that we are seeing are catastrophic,” said Gov. Pedro Pierluisi.

“I urge people to stay in their homes,” said William Miranda Torres, mayor of the northern town of Caguas, where at least one large landslide was reported, with water rushing down a big slab of broken asphalt and into a gully.

The storm also washed away a bridge in the central mountain town of Utuado that police say was installed by the National Guard after Hurricane Maria hit in 2017.

Fiona was centered 10 miles (15 kilometers) west of Mayaguez with maximum sustained winds of 85 mph (140 kph), according to the U.S. National Hurricane Center. It was moving to the northwest at 9 mph (15 kph).

Fiona struck on the anniversary of Hurricane Hugo, which hit Puerto Rico 33 years ago as a Category 3 storm.

The storm's clouds covered the entire island and tropical storm-force winds extended as far as 140 miles (220 kilometers) from Fiona's center.

U.S. President Joe Biden declared a state of emergency in the U.S. territory as the eye of the storm approached the island's southwest corner.

Luma, the company that operates power transmission and distribution, said bad weather, including winds of 80 mph, had disrupted transmission lines, leading to “a blackout on all the island.”

“Current weather conditions are extremely dangerous and are hindering out capacity to evaluate the complete situation,” it said, adding that it could take several days to fully restore power.

Health centers were running on generators — and some of those had failed. Health Secretary Carlos Mellado said crews were working to repair generators as soon as possible at the Comprehensive Cancer Center.

More than 3,000 homes still have only a blue tarp as a roof, and infrastructure remains weak.

“I think all of us Puerto Ricans who lived through Maria have that post-traumatic stress of, ‘What is going to happen, how long is it going to last and what needs might we face?’” said Danny Hernández, who works in the capital of San Juan but planned to weather the storm with his parents and family in the western town of Mayaguez.

He said the atmosphere was gloomy at the supermarket as he and others stocked up before the storm hit.

“After Maria, we all experienced scarcity to some extent,” he said.

The storm was forecast to pummel cities and towns along Puerto Rico’s southern coast that have not yet fully recovered from a string of strong earthquakes starting in late 2019.

More than 780 people with some 80 pets had sought shelter across the island by Saturday night, the majority of them in the southern coast.

Puerto Rico’s power grid was razed by Hurricane Maria and remains frail, with reconstruction starting only recently. Outages are a daily occurrence.

In the southwest town of El Combate, hotel co-owner Tomás Rivera said he was prepared but worried about the “enormous” amount of rain he expected. He noted that a nearby wildlife refuge was eerily quiet.

“There are thousands of birds here, and they are nowhere to be seen,” he said. “Even the birds have realized what is coming, and they're preparing.”

Rivera said his employees brought bedridden family members to the hotel, where he has stocked up on diesel, gasoline, food, water and ice, given how slowly the government responded after Hurricane Maria.

“What we’ve done is prepared ourselves to depend as little as possible on the central government,” he said.

It’s a sentiment shared by 70-year-old Ana Córdova, who arrived Saturday at a shelter in the north coastal town of Loiza after buying loads of food and water.

“I don’t trust them,” she said, referring to the government. “I lost trust after what happened after Hurricane Maria.”

“What worries me most is the rain,” said forecaster Ernesto Morales with the National Weather Service in San Juan.

Fiona was predicted to drop 12 to 16 inches (30 to 41 centimeters) of rain over eastern and southern Puerto Rico, with as much as 25 inches (64 centimeters) in isolated spots. Morales noted that Hurricane Maria in 2017 had unleashed 40 inches (102 centimeters).

Fiona was forecast to swipe the Dominican Republic on Monday and then northern Haiti and the Turks and Caicos Islands with the threat of heavy rain. It could threaten the far southern end of the Bahamas on Tuesday.

A hurricane warning was posted for the Dominican Republic's eastern coast from Cabo Caucedo to Cabo Frances Viejo.

Fiona previously battered the eastern Caribbean, killing one man in the French territory of Guadeloupe when floods washed his home away, officials said. The storm also damaged roads, uprooted trees and destroyed at least one bridge.

St. Kitts and Nevis also reported flooding and downed trees, but announced its international airport would reopen on Sunday afternoon. Dozens of customers were still without power or water, according to the Caribbean Disaster Emergency Management Agency.

In the eastern Pacific, Tropical Storm Madeline was forecast to cause heavy rains and flooding across parts of southwestern Mexico. The storm was centered about 155 miles (245 kilometers) south-southwest of Cabo Corrientes Sunday morning, with maximum sustained winds of 45 mph (75 kph).