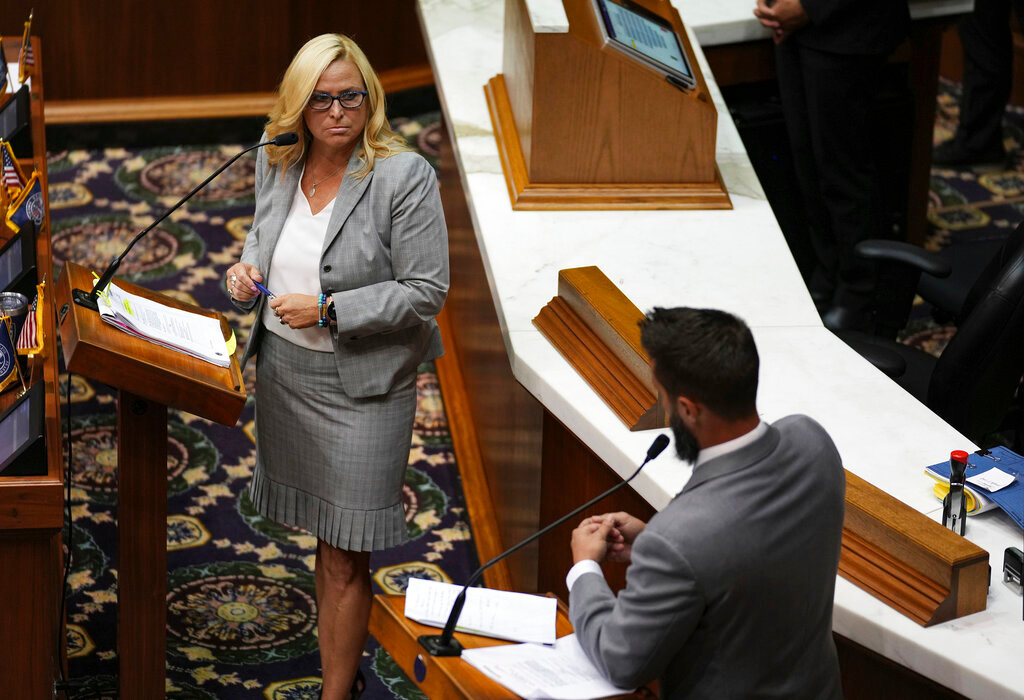 INDIANAPOLIS (AP) — The Indiana House on Friday passed a bill that would ban nearly all abortions in the state, sending the legislation back to the state Senate to confer on House changes.

House members advanced the near-total abortion ban 62-38 with limited exceptions, including in cases of rape and incest, and to protect the life and physical health of the mother.

The measure now goes to the Senate. If approved as is, Indiana lawmakers will become the first in the nation to pass new legislation restricting access to abortions since the U.S. Supreme Court’s ruling in June overturning Roe v. Wade The measure then would go to Gov. Eric Holcomb, who has not indicated whether he would sign it.

Republican Rep. Wendy McNamara of Evansville, who sponsored the bill, said the legislation “reflects an understanding that this is one of the most difficult and contentious issues of our lifetime.”

The House version of the ban added exceptions for protecting the health and life of the mother after frequent requests from doctors and others who testified last week before a Senate committee. It also allows abortions if a fetus is diagnosed with a lethal anomaly.

The bill additionally removes the Senate-approved time frames based on age for abortions in cases of rape or incest — up to 12 weeks for those under 16 and eight weeks for those 16 and older. It instead creates a blanket ban after 10 weeks post-fertilization on abortions in cases of rape and incest. Victims would not be required to sign a notarized affidavit attesting to an attack.

Friday's vote came about one week after the Republican-controlled Senate narrowly passed its ban with similar measures. State senators could consider the House-endorsed abortion ban Friday afternoon when further changes are possible.