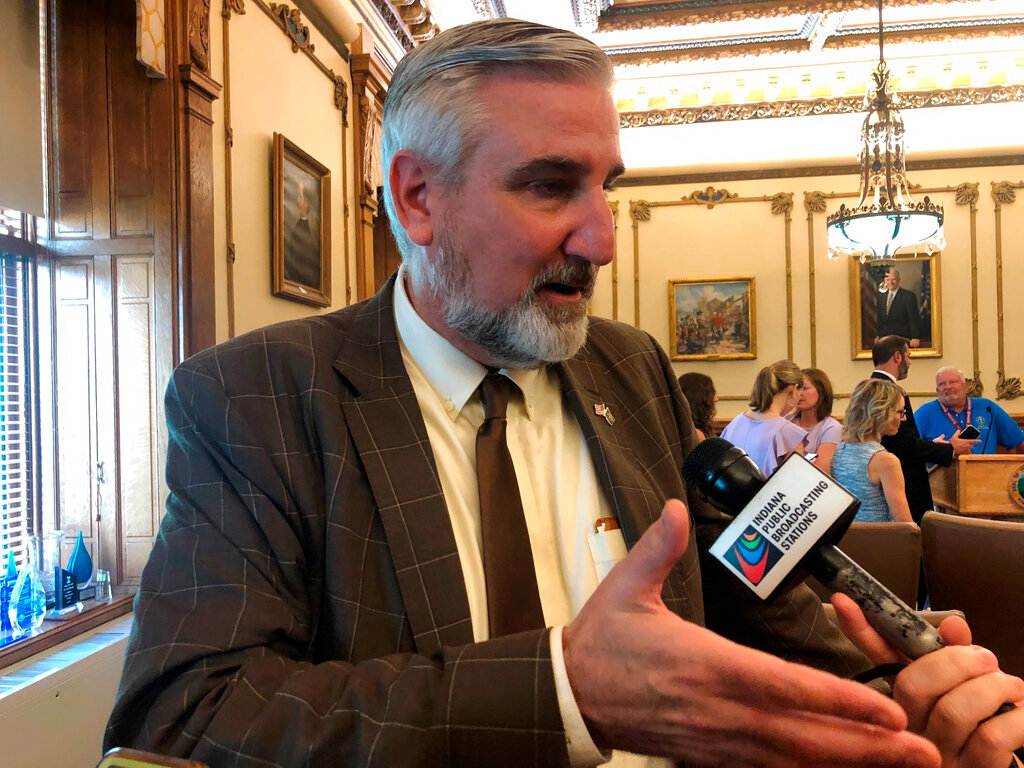 Indiana Gov. Eric Holcomb speaks with reporters following an event in his office at the Indiana Statehouse in Indianapolis, on Wednesday, Sept. 14, 2022. An Indiana judge turned down on Thursday a request to block enforcement of the ban. (AP Photo/Tom Davies)
Posted Friday, September 16, 2022 9:34 am
By TOM DAVIES, Associated Press

INDIANAPOLIS (AP) — An Indiana judge turned down on Thursday a request to block enforcement of the state’s abortion ban just hours after it took effect.

The ruling came in a lawsuit filed by abortion clinic operators who argue that the state constitution protects access to the procedure.

Special Judge Kelsey Hanlon didn’t give any explanation for her decision with the order denying a temporary injunction sought by the American Civil Liberties Union of Indiana, which is representing the clinics, but cited a court hearing set for Monday on the lawsuit.

Indiana’s Legislature approved the abortion ban during a two-week special legislative session that ended Aug. 5, making it the first state to do so since the U.S. Supreme Court overturned Roe v. Wade in June.

The Indiana ban includes exceptions allowing abortions in cases of rape and incest before the 10th week of pregnancy; to protect the mother’s life and physical health; and if the fetus is diagnosed with a lethal anomaly.

Under the new law, abortions can be performed only in hospitals or outpatient centers owned by hospitals, with the state's seven abortion clinics losing their licenses for the procedure. Any doctors found to have performed an illegal abortion would be stripped of their medical license and could face felony charges punishable by up to six years in prison.

The state attorney general’s office hasn’t yet filed a response to the lawsuit in court, but Republican Attorney General Todd Rokita said in a statement that “The text, history, and structure of our Constitution excludes any serious argument that abortion is a fundamental right in our state.”

Republican Gov. Eric Holcomb, who signed the ban into law within about an hour of its passage last month, said Wednesday he expected the court challenges.

“I think we made progress and we’ll figure out if it holds up in both, the two different lawsuits,” Holcomb said. “We’ll see where they land ultimately.”