Inflation weighs on back-to-school buying for many families 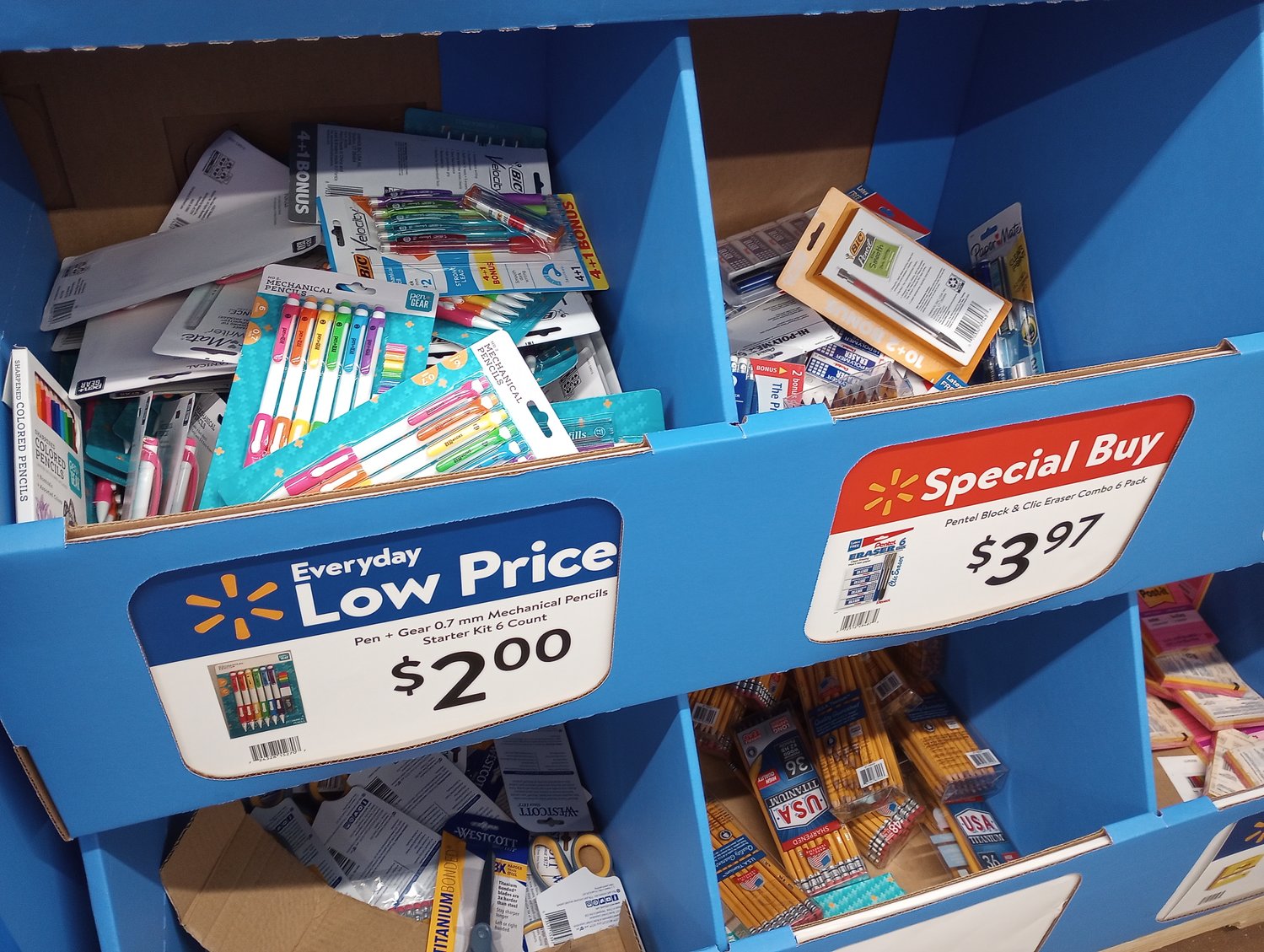 Bins of school supplies are displayed at a Walmart store in Dallas, Ga., July 30, 2022. (ChristianIndex/Henry Durand) 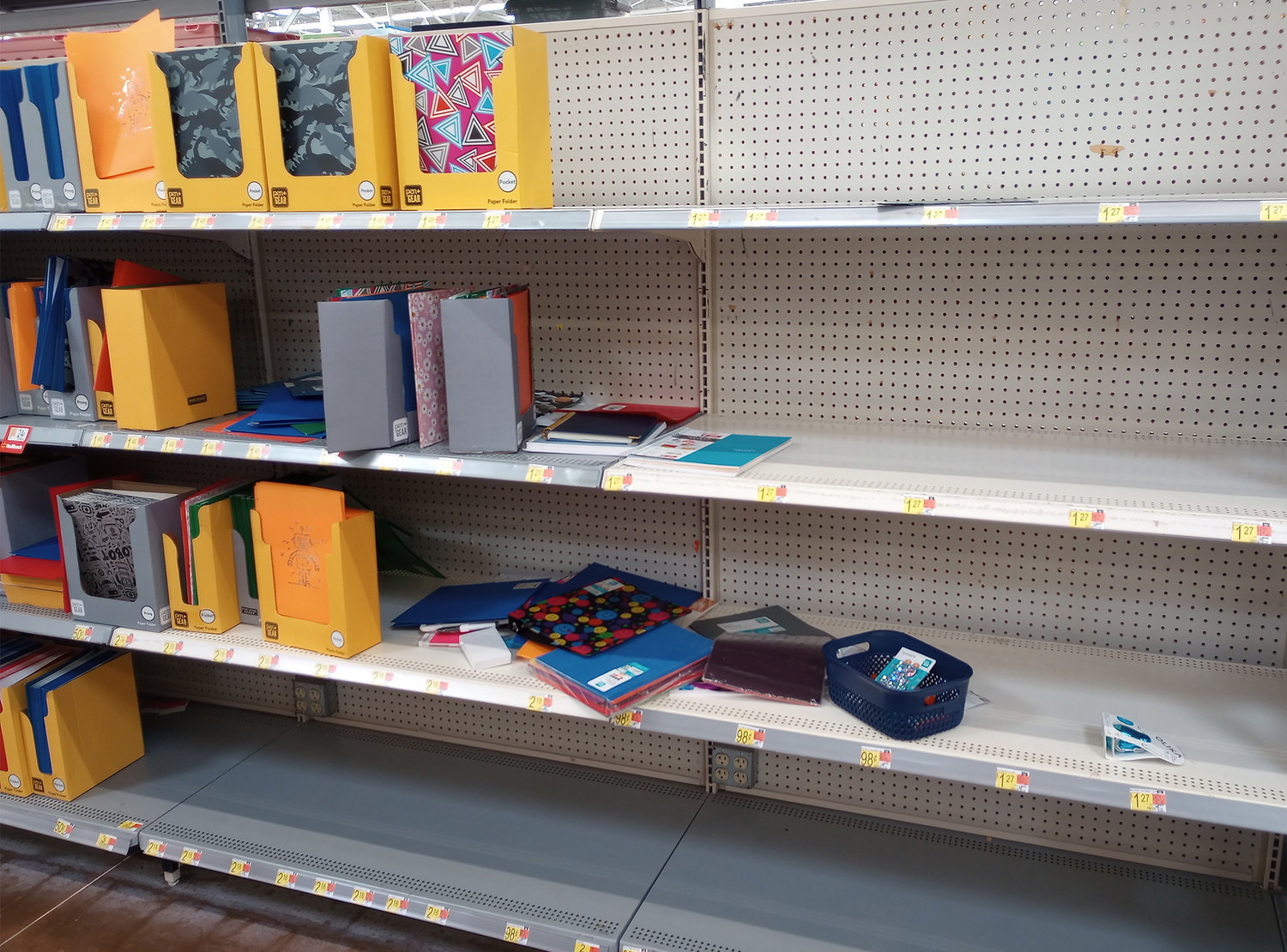 NEW YORK (AP) — To understand the impact of surging inflation on this year's back-to-school spending, look no further than children's rain boots with motifs like frogs and ladybugs made by Washington Shoe Co.

Spending held steady for these evergreen items even after the Kent, Washington-based business was forced to pass along 15% price increases in January to its retail clients because of soaring transportation costs. But by May, as gas and food prices also surged, shoppers abruptly shifted away from the $35 higher-end rain boots to the no-frills versions that run $5 to $10 cheaper, its CEO Karl Moehring said.

“We are seeing consumers shift down," said Moehring, noting dramatic 20% sales swings in opposite directions for both types of products. “Wages are not keeping up with inflation."

This back-to-school shopping season, parents — particularly in the low- to middle-income bracket — are focusing on the basics while also trading down to cheaper stores amid surging inflation, which hit a new 40-year high in June.

Such financial struggles amid the industry's second-most important shopping season behind the winter holidays mark a big difference from a year ago when many low-income shoppers, flush with government stimulus and buoyed by wage increases, spent freely.

Matt Priest, CEO of trade group Footwear Distributors & Retailers of America, noted that last year, the group's retail members saw a noticeable uptick in online sales mid-month when shoppers received their monthly child tax credit checks that amounted to a couple of hundred dollars. This season, without that bump, he expects shoppers will buy fewer shoes for their children and rely on private label brands.

Inflation has squeezed household finances for Jessica Reyes, 34, who took her daughters Jalysa, 7, and Jenesis, 5, to a “Back to School Bash” event last month in Chicago's northside that offered free backpacks filled with supplies for students.

“I feel like everything is going up these days," she said at the event. ”We’re a one-income household right now ... so I think it’s greatly affected us in all areas, in bills and in house necessities and school necessities."

Out shopping, her girls were drawn to the school supplies featuring TV characters and animals they love, but she'll focus on the plain versions.

“They want the cute ones, you know, the kitty ones. And those are always more expensive than the simple ones. And same thing with folders, or notebooks, or pencils," Reyes said.

Earlier, Manny Colon and his daughters Jubilee, 8, and Audrey, 5, stopped by the back-to-school event to pick out backpacks.

Colon, 38, works at his daughters’ elementary school. He said his spouse has had to pick up extra work because of high prices for school supplies, groceries, and gas.

“I think it’s definitely impacted us,” he said.

Mastercard SpendingPulse, which tracks spending across all payment forms including cash, forecasts back-to-school spending will be up 7.5% from July 14 through Sept. 5 compared with the year-ago period when sales rose 11%. For the 2020 back-to-school period, sales fell 0.8% as the pandemic wreaked havoc on schools’ reopening plans and back-to-school shopping.

Still, higher prices are propping up much of the numbers.

A basket of roughly a dozen supply items showed a price increase of nearly 15% on average for this back-to-school season compared with a year ago, according to retail analytics firm DataWeave. The price of backpacks is up nearly 12% to an average of $70, for example.

Back 2 School America, an Illinois-based nonprofit that distributes back-to-school kits to kids from low-income families, has seen “a significant increase in costs of supplies,” including a 10% increase from their vendor with another possible mark-up on the way, said the organization’s CEO, Matthew Kurtzman. And shipping costs have also gone up.

Thanks to increased support this year, Back 2 School America will be able to cover the new costs and is on track to distribute more kits than ever before — 12,000 so far, and more than 30,000 by the end of August, Kurtzman said. But the funding isn't guaranteed in the future as worries about a recession increase.

Retailers face big challenges to get shoppers to spend, particularly on clothing.

Walmart said last week it was taking extra discounts on clothing to clear out inventory. Analysts believe those sales will exert more pressure on other rivals to discount more to stay competitive. However, Walmart said it's encouraged by the early signs for sales of school supplies.

Meanwhile, Gap's low-price Old Navy division is guaranteeing a price freeze on its denim from July 29 through the end of September.

As for Washington Shoe, Moehring said he's shifting production away from higher-priced children's boots to more value-priced products in the months ahead. The company still sees annual sales ahead of last year, but he's being cautious.

“I believe it is a muddy outlook, “ he said.