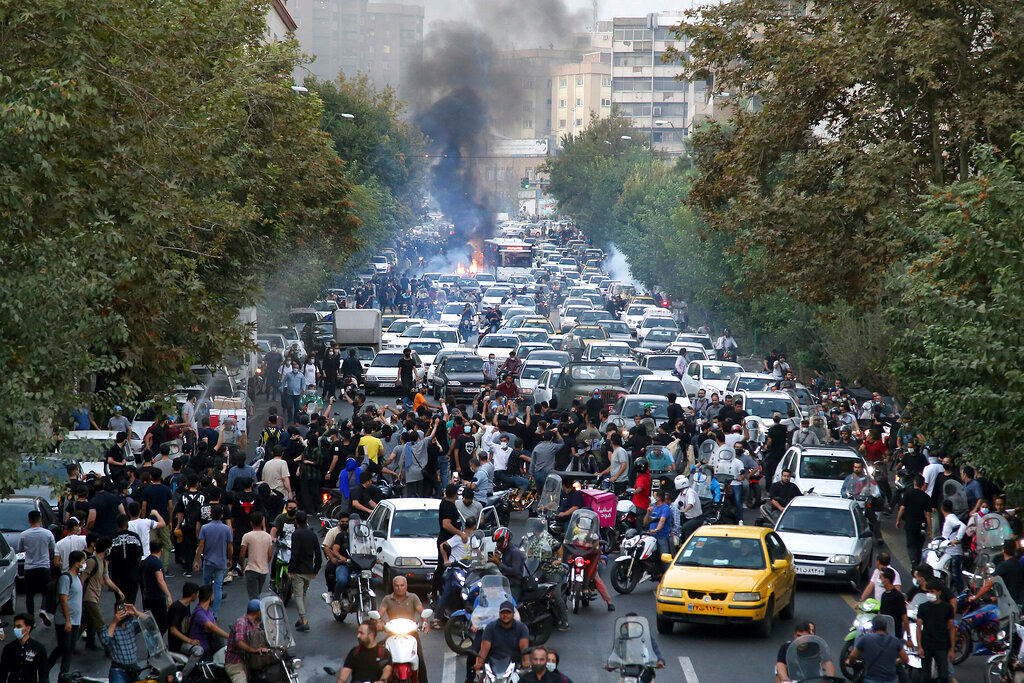 Protesters chant slogans during a protest over the death of a woman who was detained by the morality police, in downtown Tehran, Iran, Wednesday, Sept. 21, 2022. (AP Photo) 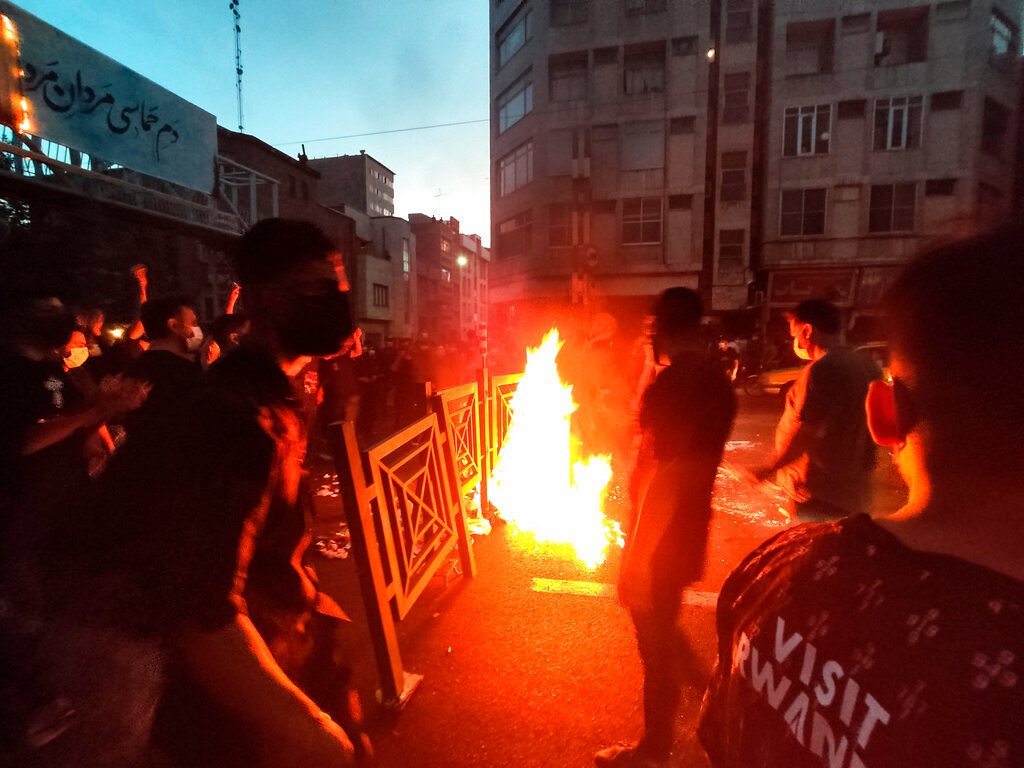 Protesters make a fire and block the street during a protest over the death of a woman who was detained by the morality police, in downtown Tehran, Iran, Wednesday, Sept. 21, 2022. (AP Photo) 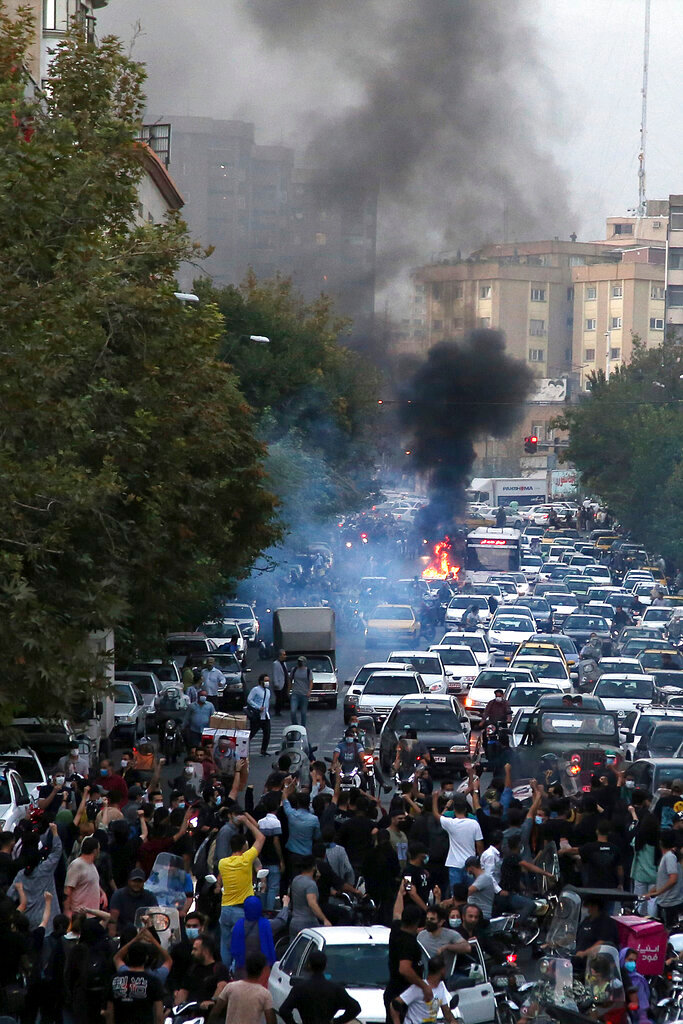 Protesters chant slogans during a protest over the death of a woman who was detained by the morality police, in downtown Tehran, Iran, Wednesday, Sept. 21, 2022. (AP Photo)
Previous Next
Posted Wednesday, September 21, 2022 2:58 pm
By The Associated Press

DUBAI, United Arab Emirates (AP) — Iranians experienced widespread internet disruptions on Wednesday amid days of mass protests against the government, including a loss of access to Instagram and WhatsApp, two of the last Western social media platforms available in the country.

An Iranian official had earlier hinted that such measures might be taken out of security concerns, and the loss of connectivity will make it more difficult for people to organize protests and share information about the government's rolling crackdown on dissent.

Iran has seen nationwide protests over the death of 22-year-old Mahsa Amini, who was detained for allegedly wearing the mandatory Islamic headscarf too loosely. Demonstrators have clashed with police and called for the downfall of the Islamic Republic itself, even as Iran's President Ebrahim Raisi addressed the U.N. General Assembly on Wednesday.

Witnesses in Iran, who spoke on condition of anonymity for fear of reprisal, told The Associated Press late Wednesday they could no longer access the internet using mobile devices.

“We’re seeing internet service, including mobile data, being blocked in Iran in the past couple of hours,” Doug Madory, director of internet analysis at Kentik, Inc., a network intelligence company, said late Wednesday.

“This is likely an action by the government given the current situation in the country," he said. “I can confirm a near total collapse of internet connectivity for mobile providers in Iran.”

NetBlocks, a London-based group that monitors internet access, had earlier reported widespread disruptions to both Instagram and WhatsApp. Both are owned by Facebook parent Meta, which did not immediately respond to a request for comment.

Earlier on Wednesday, Iran's Telecommunications Minister Isa Zarepour was quoted by state media as saying that certain restrictions might be imposed “due to security issues," without elaborating.

Iran already blocks Facebook, Telegram, Twitter and YouTube, even though top Iranian officials use public accounts on such platforms. Many Iranians get around the bans using virtual private networks, known as VPNs, and proxies.

Amini's death has sparked protests across the country. The police say she died of a heart attack and was not mistreated, but her family has cast doubt on that account, saying she had no previous heart issues and that they were prevented from seeing her body.

The U.N. human rights office says the morality police have stepped up operations in recent months and resorted to more violent methods, including slapping women, beating them with batons and shoving them into police vehicles.