Israel's Netanyahu appears to edge toward victory after vote 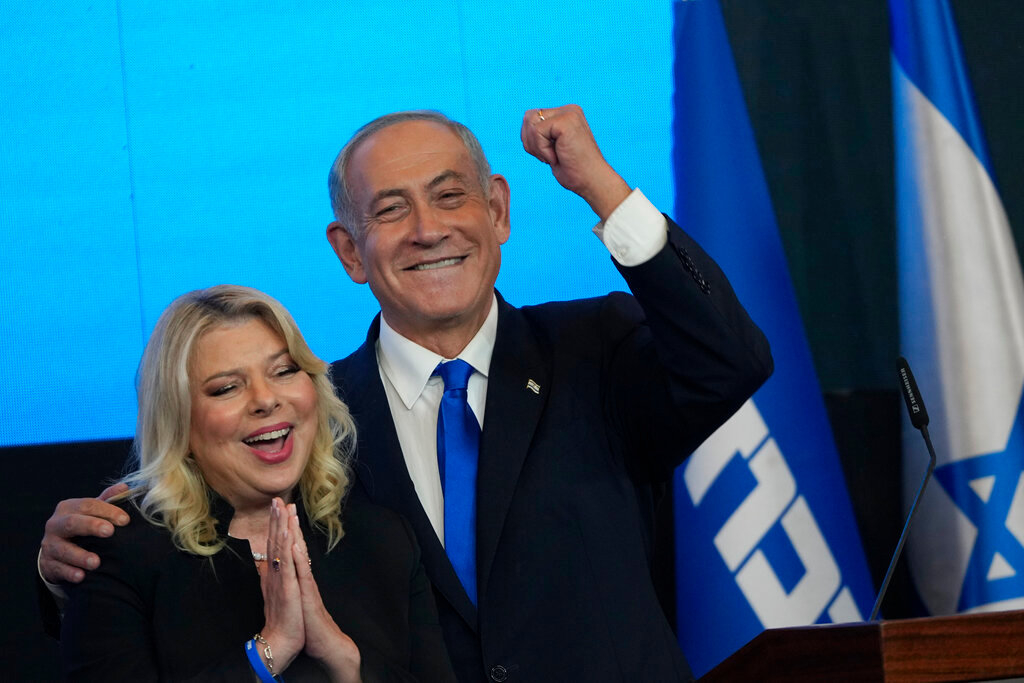 TEL AVIV, Israel (AP) — Former Israeli Prime Minister Benjamin Netanyahu appeared headed toward victory Wednesday, with some 85% of the ballots from national elections counted and showing that voters gave him and his allies what looks like a majority in the country’s parliament.

Votes were still being counted and results were not final. But if preliminary indications were correct, Israel was potentially headed to its most right-wing government, bolstered by a strong showing from the ultranationalist Religious Zionism party.

The initial results pointed to a continued rightward shift in the Israeli electorate.

The early results also showed that Netanyahu had overcome his detractors, who claimed he was not fit to rule while on trial for corruption and have refused to sit with him in government. Netanyahu's partners have promised to help him evade a conviction.

“We are on the verge of a very big victory,” Netanyahu, 73, told supporters at a gathering in Jerusalem early Wednesday. “I will establish a nationalist government that will see to all Israeli citizens without any exceptions.”

Elections officials worked through the night tallying votes and by Wednesday morning, about 85% of the ballots had been counted. The vote, like past elections, was tight but initial indications showed Netanyahu was headed back to the premiership with a majority in the country's 120-seat parliament.

Final results are expected on Friday. The hundreds of thousands of remaining ballots — mostly from those who voted away from their regular place of residency, in nursing homes and elsewhere — have to be cross-checked for accuracy, a more time-consuming effort. They could lend a boost to Netanyahu's opponents, reducing the size of his majority.

With Netanyahu and his allies projected to win more than the 61-seat majority needed to form a government, the country’s protracted political crisis may be headed toward a conclusion.

Tuesday’s election was Israel’s fifth in less than four years, with all of them focused largely on Netanyahu’s fitness to govern. On trial for a slew of corruption charges, Netanyahu, who denied wrongdoing, is seen by supporters as the victim of a witch hunt and vilified by opponents as a crook and threat to democracy.

Even if Netanyahu and his allies emerge victorious, it could still take weeks of negotiations for a coalition government to be formed.

Netanyahu was Israel’s longest-serving prime minister, governing for 12 consecutive years – and 15 years altogether – before he was ousted last year by a diverse coalition led by the centrist Yair Lapid, the current caretaker prime minister.

But the coalition that Lapid cobbled together, which included the first Arab party ever to join a government, was decimated by infighting and collapsed after just one year in power. Those parties were poised to capture about 50 seats, according to initial results.

Lapid, addressing supporters early Wednesday, insisted that the race was not decided.

“Until the last envelope is counted, nothing is over and nothing is final,” he said.