J. Gerald Harris has building named in his honor at Truett McConnell

Harris: 'I don’t consider myself worthy of any recognition on this earth' 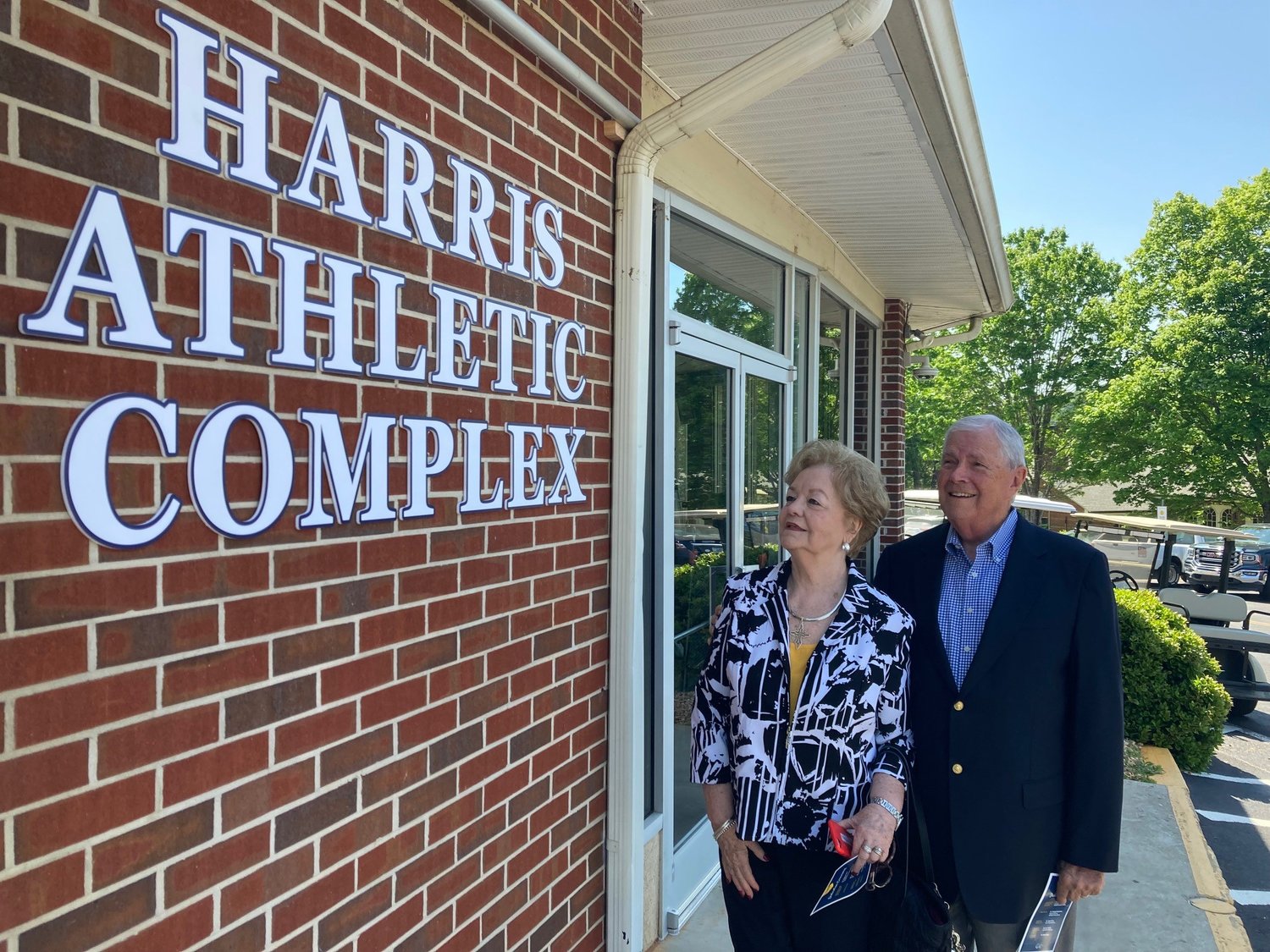 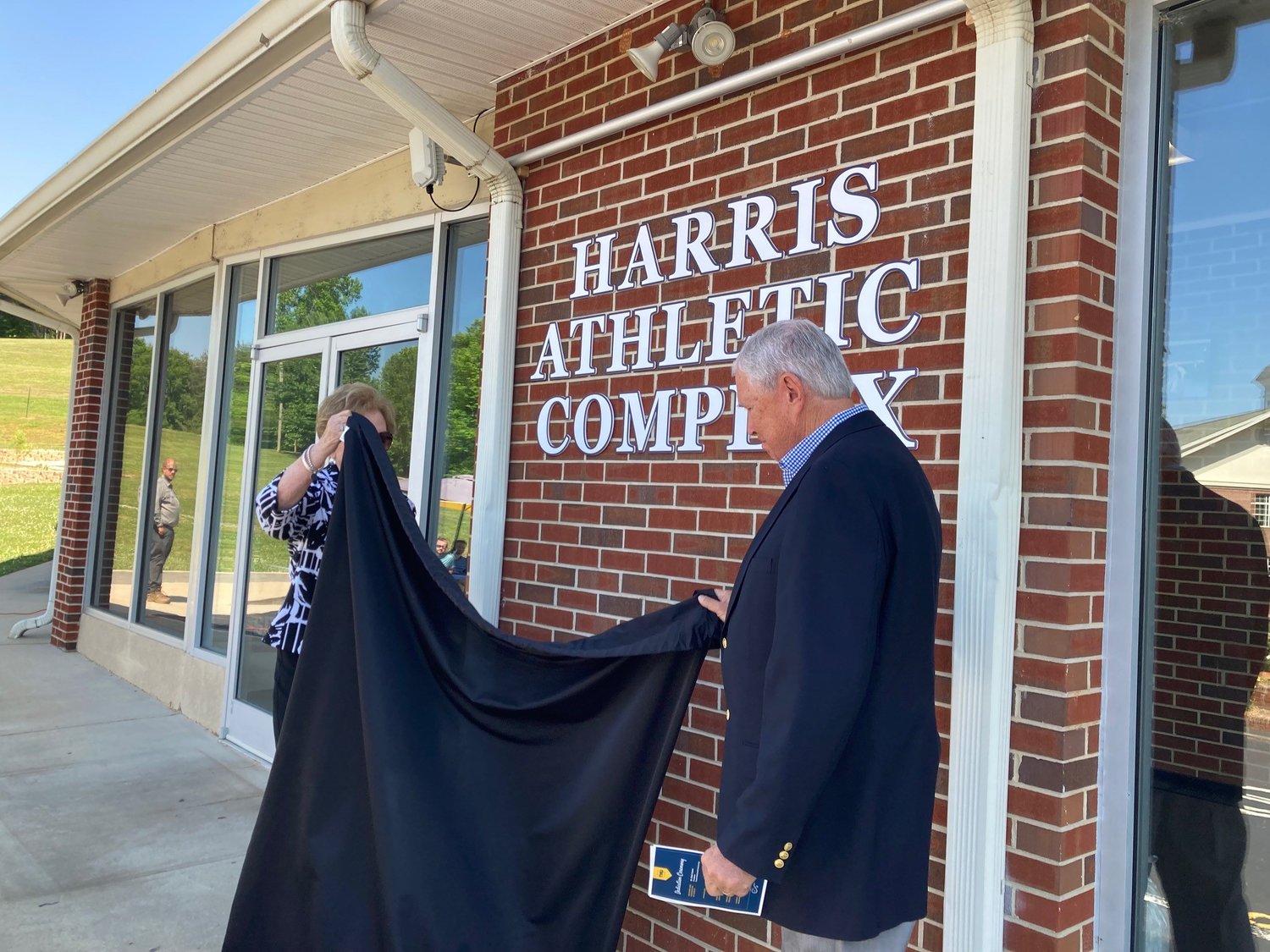 By removing a drape, Gerald Harris and his wife, Martha Jean, get the first look at the name of the Harris Athletic Complex. (Index/Roger Alford) 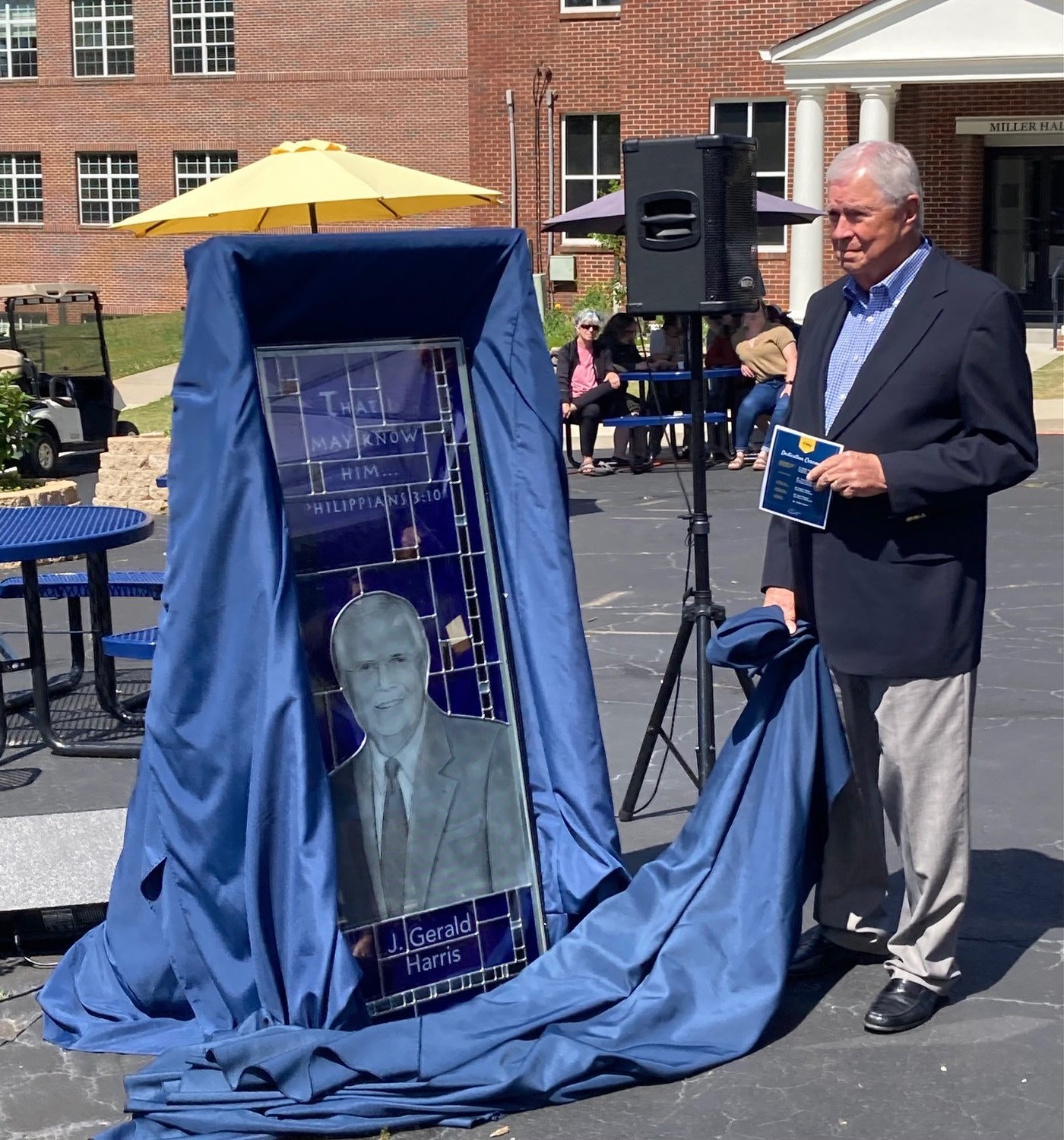 Gerald Harris reacts to seeing his likeness and name on a stained glass window that will in the Harris Athletic Complex. (Index/Roger Alford) 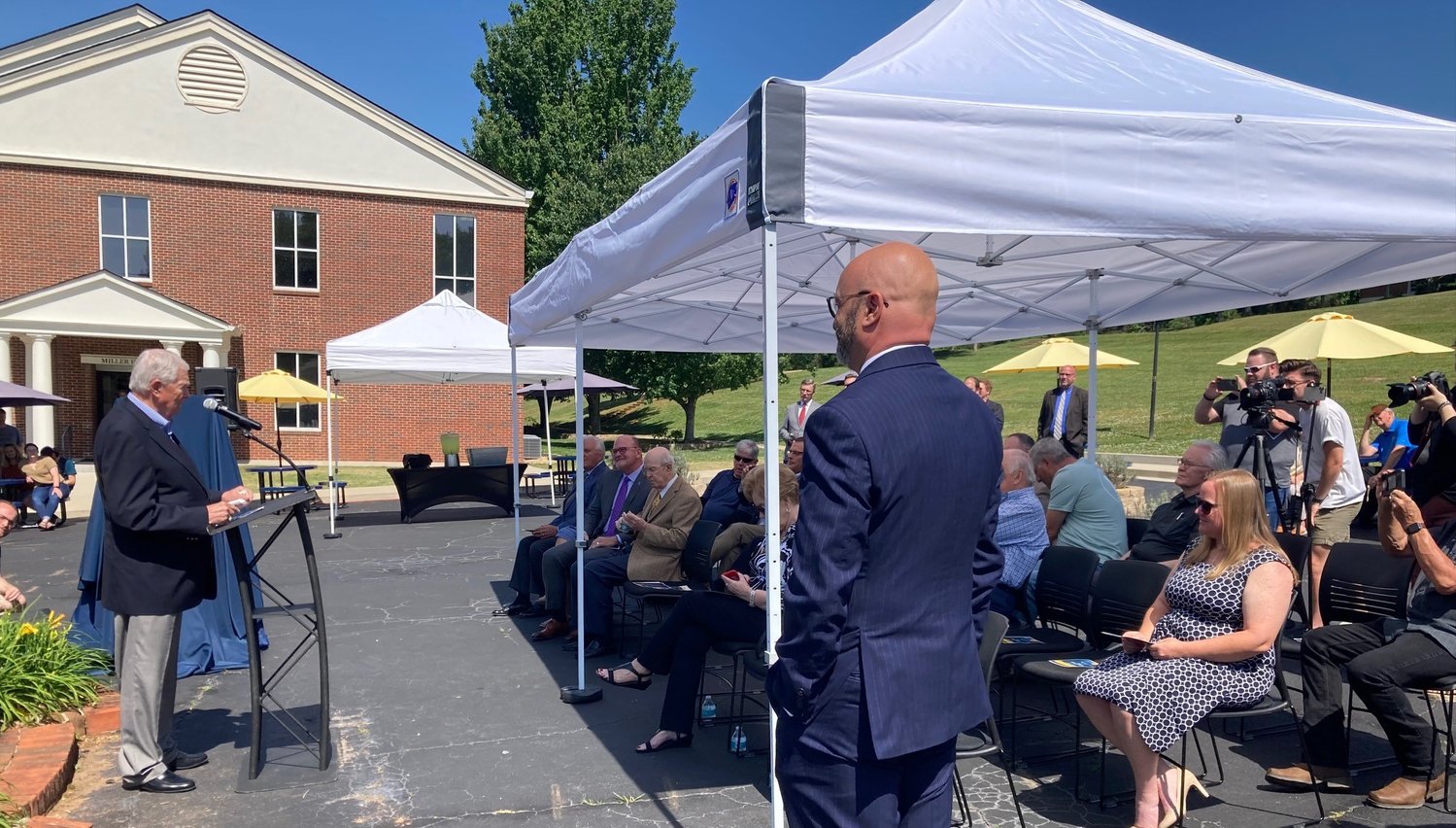 Gerald Harris speaks to a group at a dedication ceremony at Truett McConnell University on Wednesday. (Index/Roger Alford)
Previous Next
Posted Wednesday, May 11, 2022 1:21 pm
By ROGER ALFORD, The Christian Index

CLEVELAND, Ga. – Beloved Southern Baptist preacher and writer J. Gerald Harris whose name has been on countless sermons, articles and books over the past six decades now has his moniker inscribed on a building at Truett McConnell University.

The Harris Athletic Complex was unveiled on Wednesday in a ceremony outside the main doors of the expansive building on the scenic north Georgia campus.

“I’m overwhelmed,” Harris told a group of fellow preachers and university administrators after being surprised by the honor. “I never dreamed that any such a thing would happen. So, I’m very grateful.”

Harris described the experience as humbling, saying, “I don’t consider myself worthy of any recognition on this earth.”

Those gathered for the occasion said he was indeed worthy, describing him as a man of “great integrity” and “impeccable character.”

“There’s no better person to name a building after,” said Truett McConnell President Emir Caner. “We don’t name buildings after those who have given the most money but those who have sacrificed the most, especially in ministry.”

Caner said Harris has stood firmly as “a prophet of God” in an age of compromise.

Harris, who followed more than four decades of full-time pastoral service with nearly two decades as editor of The Christian Index, has touched countless lives with his books, his articles, and his preaching.

Georgia Baptist Mission Board Executive Director W. Thomas Hammond Jr. said, if Georgia had a Mount Rushmore, Harris would be on it.

In his remarks at the dedication ceremony, Hamond described Harris as “one of God’s most faithful servants.”

“Gerald, you’re loved across our state,” Hammond said to Harris who was seated on the front row with his wife, Martha Jean, at his side. “We’re really just highlighting a life of faithfulness. We can see a life well lived, learn from it, and hopefully emulate it.”

Southern Baptist leader Jerry Vines, himself a beloved Georgia preacher and writer, described Harris as a Christian leader who exhibits the love of Christ and the fruit of the Spirit in all he does.

Harris said he considers the honor especially meaningful in that a “distinguished university” like Truett McConnell bestowed it.

“I love this university,” Harris said. “It is evident that God is at work here.”