Jesus is Just Alright with Me ... But 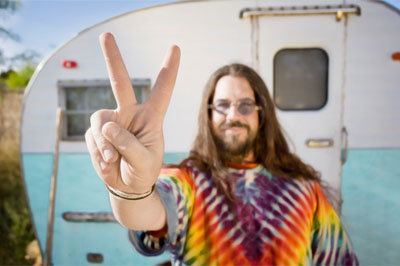 Perhaps you recall the rock ‘n roll group the Doobie Brothers who recorded a gospel song back in the 70’s by the title of “Jesus is Just Alright.” It was a gospel song written by Arthur Reid Reynolds and first recorded by Reynolds' own group in 1966. There were other groups who used the song, such as The Byrds, but the Doobie Brothers version became a hit, reaching No. 35 on the “Billboard Hot 100” in February 1973, the year I graduated from high school.

The song, like many that became popular in The Jesus Movement of that time period, was low on theological value and high on catchy tunes and phrases. While the lyrics of the song contain some simple truths, the basic theology of the song falls far short of a true version of biblical Christianity. The song’s message can be summarized in this way: “Jesus is alright with me. I am quite comfortable with the idea of a man from Galilee who is loving and forgiving. I don’t care what others may say or think of him, I believe he is a cool dude. He’s my friend. He is just alright with me.”

I saw a documentary on the Doobie Brothers recently where they were asked about the song and why they recorded it. I admit my bias. I had assumed the song was more of a mockery of Christ than a weak attempt to prop Him up. But I learned the song was written as a gospel song and although very weak it was at least an attempt at putting out a positive Christian witness.

So, why would a rock ‘n roll band with no interest in Christ or the Christian faith record such a song?

The group said plainly, “We liked the tune.” They admitted they had no problem with The Jesus Movement though they themselves were totally unmoved by Jesus in any spiritual or religious way. The song was one of their most requested at concerts and they noted that people out of The Jesus Movement were often wrongly under the assumption that band was part of the movement.

The weak theology of the song lives on and sadly, as I see it, marks much of the professing church today. The song says,

Jesus is just alright with me

Jesus is just alright with me

While I hope Jesus is considered an alright type of person to you, the real question is the one left out.

Paul says, “Just as He chose us in Him before the foundation of the world, that we should be holy and without blame before Him in love, having predestined us to adoption as sons by Jesus Christ to Himself, according to the good pleasure of His will, to the praise of the glory of His grace, by which He made us accepted in the Beloved. In Him we have redemption through His blood, the forgiveness of sins, according to the riches of His grace” (emphasis mine, Ephesians 1:4–7).

Sounds to me like Jesus is the One who does the “accepting.” This is only the case of the word “accept” being used in the New Testament related to salvation.

Let’s be clear. If you read the book of Ephesians the gospel comes into clear focus. You can do nothing to save yourself. Your salvation is a matter of being saved “by grace through faith.”

So to the degree that we receive God’s free offer of redemption we are certainly of the number who should consider Jesus “alright.” In fact, we should consider Him worthy of being much more than “just alright.” He is Savior, Lord and Redeemer! He is the Holy One, the King of Glory, who gave His life for ours!

People go to worship on Sunday and extol the grand virtues of the Christ. They sing and pray and speak in high-sounding theological and spiritual terms. Then they go out into the world around them and act and speak as if Christ was of no practical good to them. I have been to football games where the teams playing were from Christian schools. A prayer is offered and the blood of Christ, along with other correct doctrinal issues, is extolled from the press box. Then the game is played and there is no correlation to the prayer in the words and actions of the players or coaches.

You go to a wedding and the value of Christ to the marriage is made plain. Much is made of Jesus. The need of the couple joining in matrimony to make Christ the third person in their relationship is set forth as the greatest of all methods to have a long and healthy marriage. Prayers for the couple are offered. Then the group adjourns to the reception which reminds one of a nightclub scene where the alcohol flows, the language and music dishonor Christ, and atmosphere is anything but Christ-like.

Jesus Himself made it clear what it meant to follow Him, to be His disciple, to be genuinely saved. “Then He said to them all, 'If anyone desires to come after Me, let him deny himself, and take up his cross daily, and follow Me'” (Luke 9:23, NKJV). Denial of self, taking up the cross, following Jesus – these things are presented as the evidence that someone is saved. It isn’t just a matter of believing that Jesus was an okay sort of fella.

Jesus further said, “But why do you call Me ‘Lord, Lord,’ and not do the things which I say?” (Luke 6:46, NKJV) Here is a captivating question. If one speaks highly of Christ at religious functions but then practically denies Him in their everyday life is it even possible that they could be saved?

Again we can turn to the words of Jesus Himself, “Not everyone who says to Me, ‘Lord, Lord,’ shall enter the kingdom of heaven, but he who does the will of My Father in heaven. Many will say to Me in that day, ‘Lord, Lord, have we not prophesied in Your name, cast out demons in Your name, and done many wonders in Your name?’ And then I will declare to them, ‘I never knew you; depart from Me, you who practice lawlessness!’” (Matthew 7:21–23, NKJV) It seems to me Jesus is saying here is that what is important is not you find Jesus interesting, fascinating, or spiritually enlightening. It isn’t about what you think of Jesus at all. It is about what Jesus thinks of you! Listen again to what He says to those who say, “Jesus is just alright with me.”: “I never knew you.”

Dear friend, the evidence that He knows us is demonstrated in our relationship to Him. We follow Him. We obey Him. We honor and glorify Him with our thoughts, our words, and our actions. Don’t get this wrong. These actions don’t save you – but they do demonstrate that you are saved. And they are to the true Christian as natural as breathing is to a newborn baby.

If you are living by a threadbare Doobie Brothers theology, may I suggest a new song? My mother used to sing a wonderful old hymn, it was one of her favorites and its message corrects the incomplete and weak idea that “Jesus is just alright.” The hymn was written by B.B. McKinney, and was titled “Satisfied with Jesus.”

1. I am satisfied with Jesus, He has done so much for me;

He has suffered to redeem me, He has died to set me free.

But the question comes to me, As I think of Calvary, Is my Master satisfied with me?

4. When my work on earth is ended, And I cross the mystic sea,

Oh, that I could hear Him saying, "I am satisfied with thee."