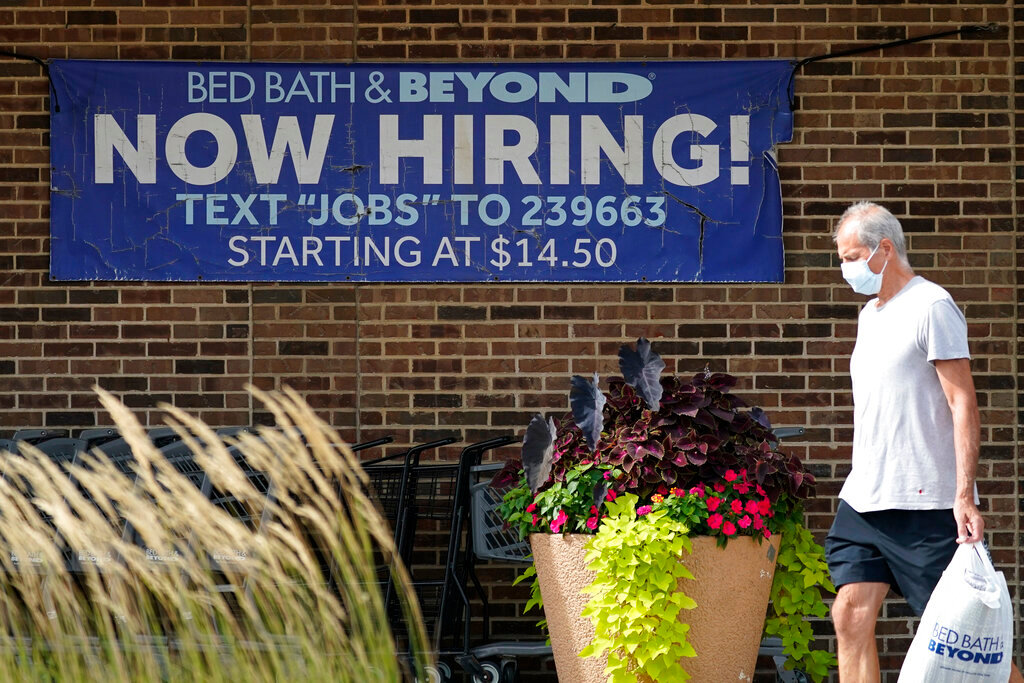 WASHINGTON (AP) — U.S. job openings rose unexpectedly in September, suggesting that the American labor market is not cooling as fast as the inflation fighters at the Federal Reserve hoped.

Employers posted 10.7 million job vacancies in September, up from 10.3 million in August, the Labor Department said Tuesday. Economists had expected the number of job openings to drop below 10 million for the first time since June 2021.

For the past two years, as the economy rebounded from 2020's COVID-19 recession, employers have complained they can't find enough workers. With so many jobs available, workers can afford to resign and seek employment that pays more or offers better perks or flexibility. So companies have been forced to raise wages to attract and keep staff. Higher pay has contributed to inflation that has hit 40-year highs in 2022.

In another sign that the labor market remains tight and employers unwilling to let workers go, layoffs dropped in September to 1.3 million, the fewest since April. But the number of people quitting their jobs slipped in September to just below 4.1 million, still high by historical standards.

“By all the key metrics in this report, the labor market is resilient,'' said Nick Bunker, head of economic research at the Indeed Hiring Lab. “Job openings still vastly outnumber unemployed workers, the quits rate remains elevated and layoffs are still well below pre-pandemic levels.''

To combat higher prices, the Federal Reserve has hiked its benchmark interest rate five times this year and is expected to deliver another increase Wednesday and again at its meeting in December.

Fed Chair Jerome Powell has expressed hope that inflationary pressure can be relieved by employers cutting job openings, not jobs.