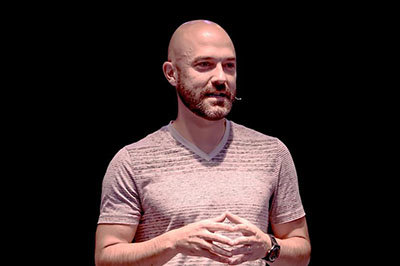 Harris, former pastor of the mega Covenant Life Church in Gaithersburg, Maryland, announced in July he and his wife Shannon are divorcing, that he no longer considers himself a Christian, and that he regrets having taught that marriage is a union only between a man and a woman.

"It seems that he critiqued the legalistic lifestyle that he was brought up in and that he taught to others, and decided that if the lifestyle was wrong, then the Gospel was wrong as well," Stewart told BP. "It would make more sense to say, 'I have misunderstood how I should live as a Christian' than to say, 'If my way of life is wrong, then Christianity is too.' People frequently confuse their interpretation of Scripture with Scripture itself."

Stewart said Harris' decision is an alert that Christians might not be doing enough to disciple believers in the faith, particularly teaching them apologetics and how reason and evidence support Christian belief.

Stewart urged prayer "for other believers that are going through crises of faith. People fall away for various reasons. A great deal of the time the reasons people fall away are more emotional than they are intellectual.... Simply put, if you come to Christ for purely emotional reasons, then when your emotions change, you'll run somewhere else."

Heath Lambert, pastor of First Baptist Church in Jacksonville, Florida, announced that Harris' foreword to Lambert's book, "Finally Free: Fighting for Purity with the Power of Grace," will not be included in future printings.

"I knew there was no way for me to continue to have [Harris' foreword] be associated with my book," Lambert blogged July 29. "In 'Finally Free,' I am trying to be clear about a Christian approach to sexuality. Joshua's recent actions and statements only confuse that attempt at clarity and will lead others astray."

"The only way that we're going to be able to sustain a biblical sexual ethic and the truth of the Gospel of Jesus Christ is by serious biblical content, serious biblical knowledge, deep theology, apologetics, biblical theology," Mohler said, according to a transcript posted at AlbertMohler.com/the-briefing.

The responses follow comments Harris made in July. "I have undergone a massive shift in regard to my faith in Jesus. The popular phrase for this is 'deconstruction,' the biblical phrase is 'falling away,'" Harris announced on Instagram. "By all the measurements that I have for defining a Christian, I am not a Christian. Many people tell me that there is a different way to practice faith and I want to remain open to this, but I'm not there now."

Mohler noted the eternity of salvation, as taught in Scripture.

"There may be even some who sin by repudiating Christianity, but if they ever were genuinely Christian, they will return by repentance at some point, and that is a Gospel promise," Mohler said. "If persons do continue in their repudiation of Christianity, then we have to remember the text 1 John 2:19 where we are told that, 'They went out from us, because they were not of us,' which is to say they never were truly Christians. They were pretend believers."

"Either the Bible is true or it is false. Either God keeps his word or he does not. He promises that if you 'believe in the name of the Son of God,' you 'have eternal life' this moment," Denison wrote. "You cannot lose your salvation, for you are already the immortal child of God. This is the fact of God's word."

The question is whether the professed believer ever truly believed, Denison wrote.